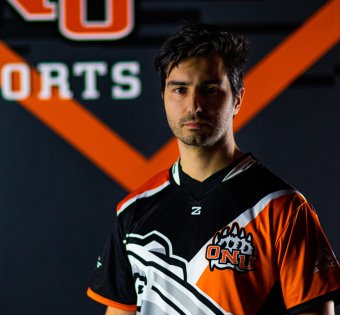 Esports head coach Troy Chiefari is a former professional esports player and has coached esports at both the professional and collegiate levels. From 2005-07, he played professionally in Halo: CE. He attended Southern Illinois University-Edwardsville, where he started and managed an esports club. After graduating in 2014 with a degree in computer management and information systems, he worked various analyst jobs for amateur esports teams. He assistant-coached for a number of years, and then joined a gaming house to become head coach of a semi-professional League of Legends team called “Tabula Rasa.” Chiefari is now in his second year of coaching esports at ONU and is more determined than ever to help ONU esports hold their own while competing against some of the top esports programs in the country.