This page contains all the information pertaining to Ohio Northern's annual commencement ceremonies and related activities. We are pleased to be able to offer live, in-person ceremonies for both the graduating classes of 2021 and 2020 to make up for last year's disruption due to COVID-19. 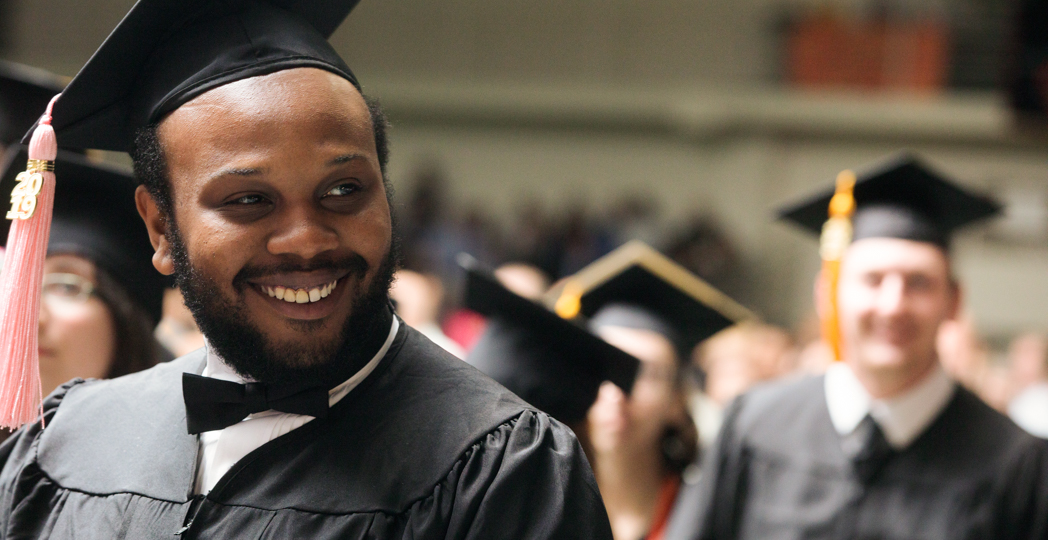 The recorded 2021 Commencement ceremonies are available to watch on ONU's YouTube channel using the links below.

With the approval of the Kenton Hardin Health Department and consistent with the guidance described in Responsible RestartOhio Graduation Ceremonies, the University will hold all four commencements indoors in the ONU Sports Center Field House due to expected unseasonably inclement weather.

All guests will be seated in four-person pods. A TICKET IS REQUIRED FOR EACH GUEST. Covid-19 protocols will be in place for the entirety of the event. We ask that you wear your mask and maintain social distancing throughout the ceremony.

A live stream of each ceremony will be available for those who are not able to attend, and the recordings will remain available on ONU's YouTube channel. 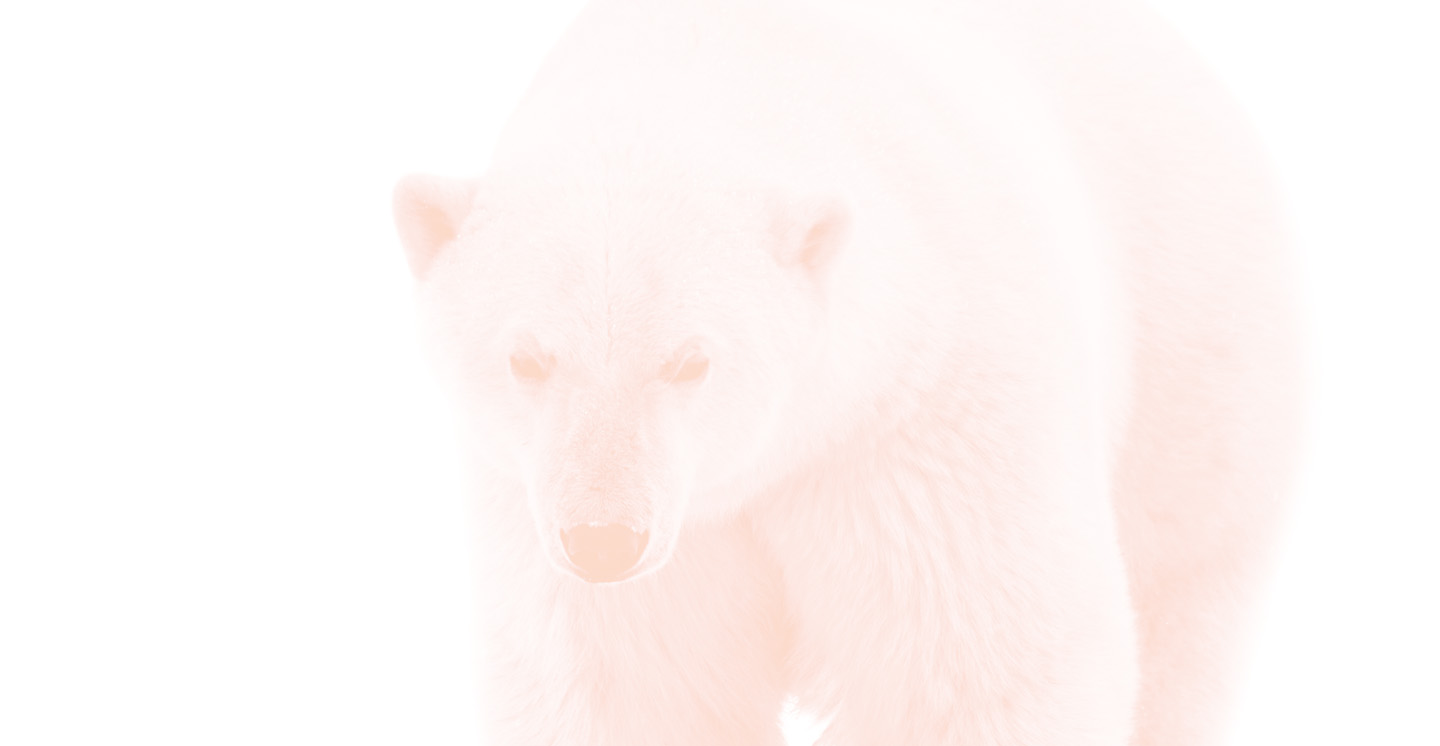 Undergraduate and MSA Commencement Ceremony
Join us for a pair of Undergraduate and MSA Commencement Ceremonies for the class of 2021 on Sunday, May 9 at the ONU Sports Center Field House. A ceremony for the graduates of the Dicke College of Business Administration (including MSA) and T.J. Smull College of Engineering will begin at 9 a.m., while the ceremony for the graduates of the Getty College of Arts & Sciences takes place at 1:30 p.m.

*Click on "Pharmacy" or "Law" above for those ceremony dates and times. 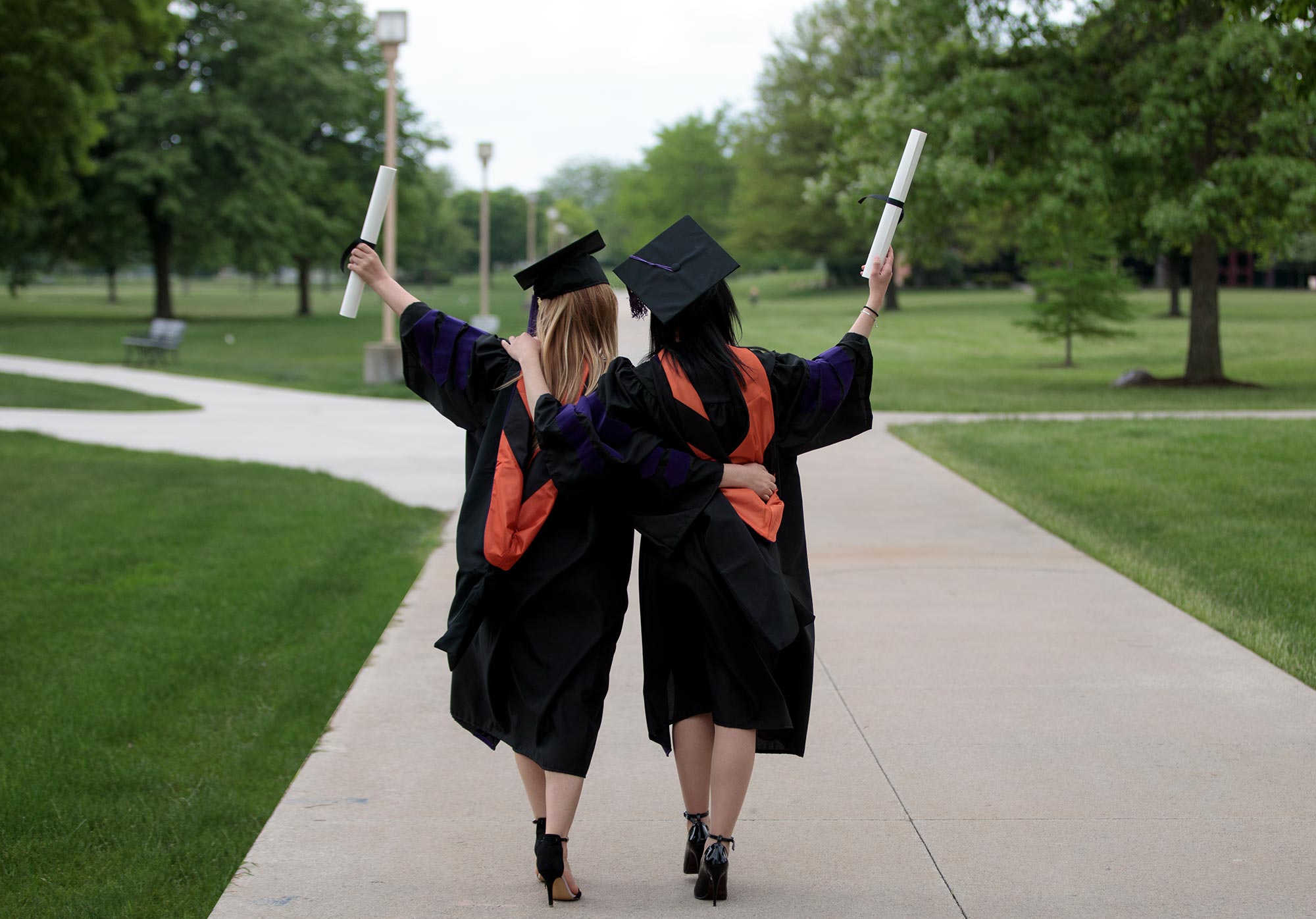 *Click on "Undergraduate and MSA" or "Law" above for ceremony dates and times. 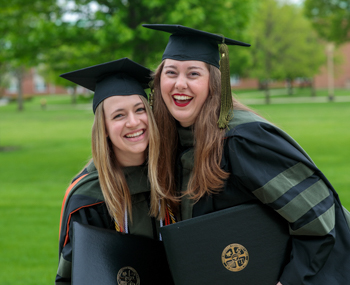 *Click on "Undergraduate and MSA" or "Pharmacy" above for those ceremony dates and times. 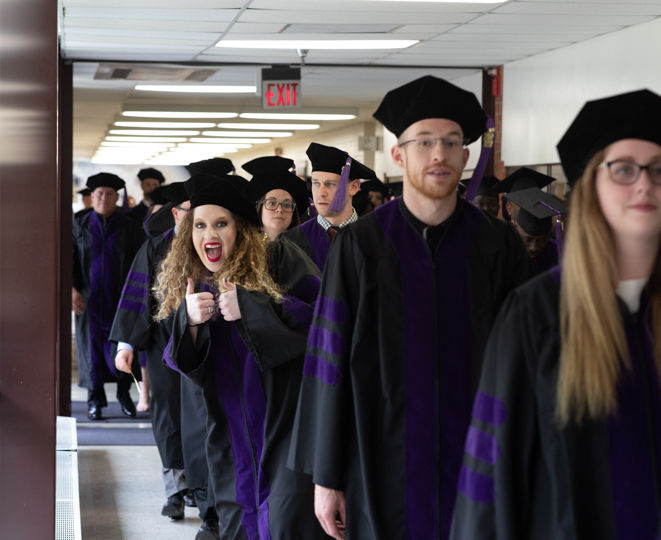 Ohio Northern University celebrates an important milestone in the lives of its students during commencement exercises each May. That is why we are inviting back the alumni from the class of 2020 for special ceremonies this year. The dates and times of these ceremonies are listed above. 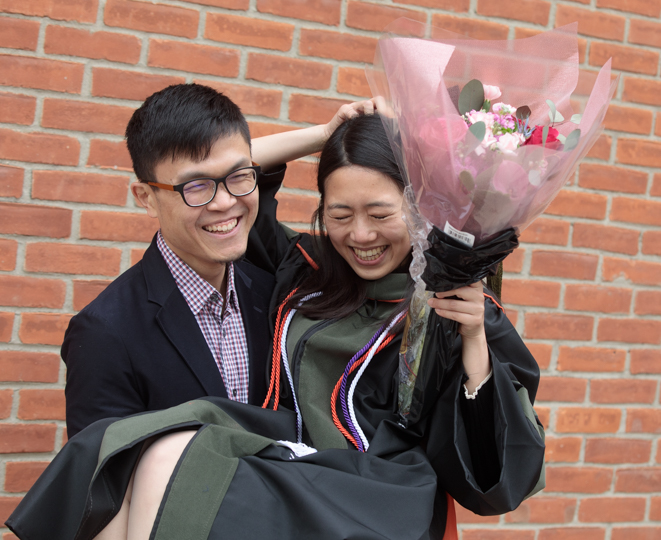 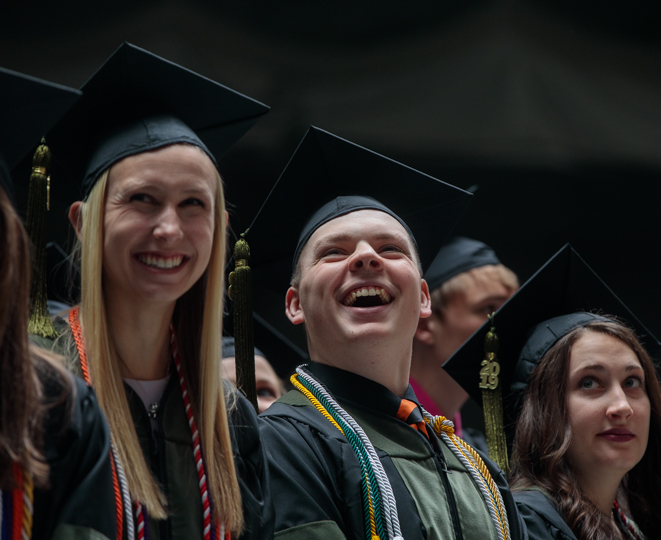 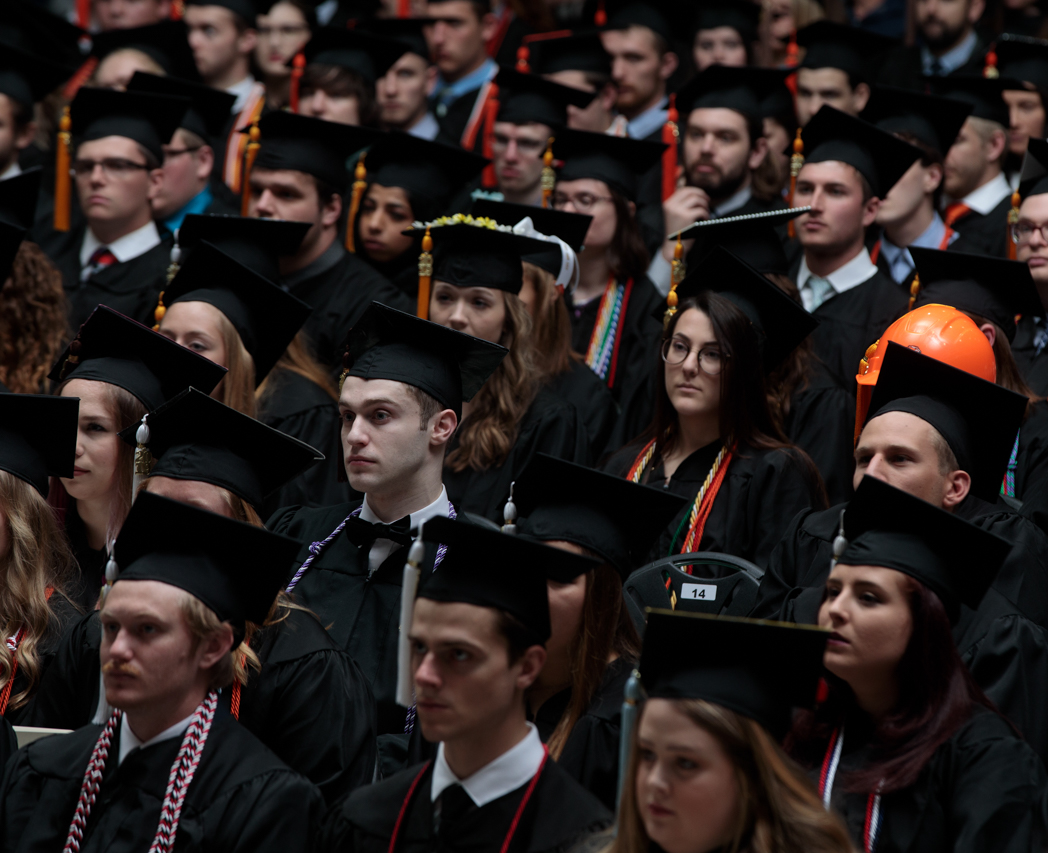 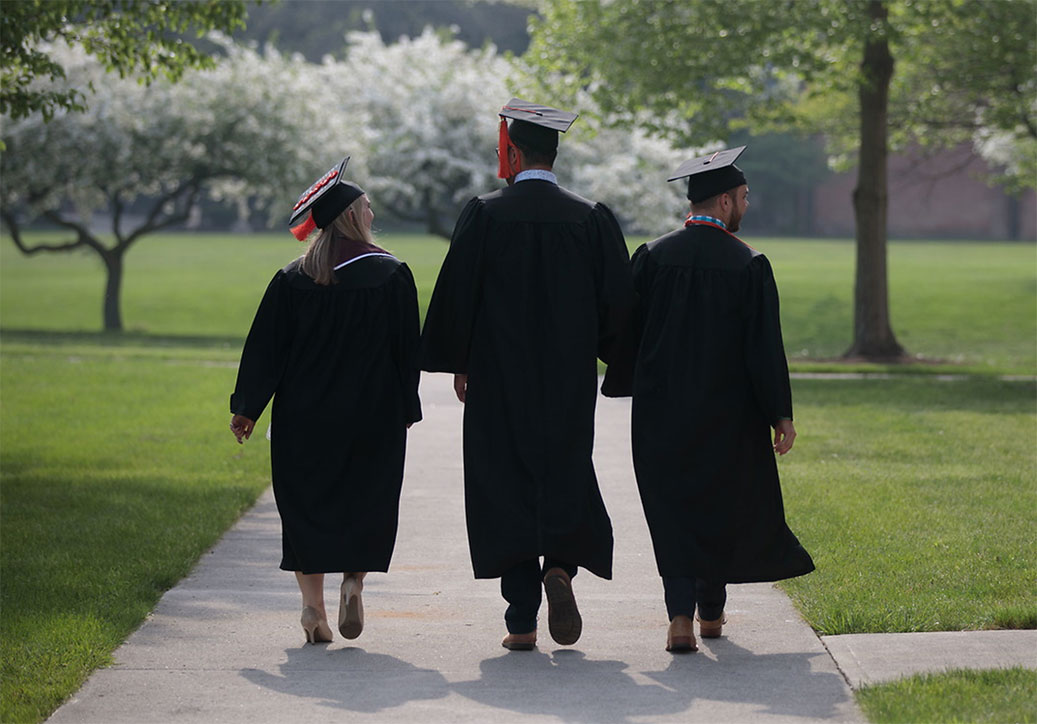 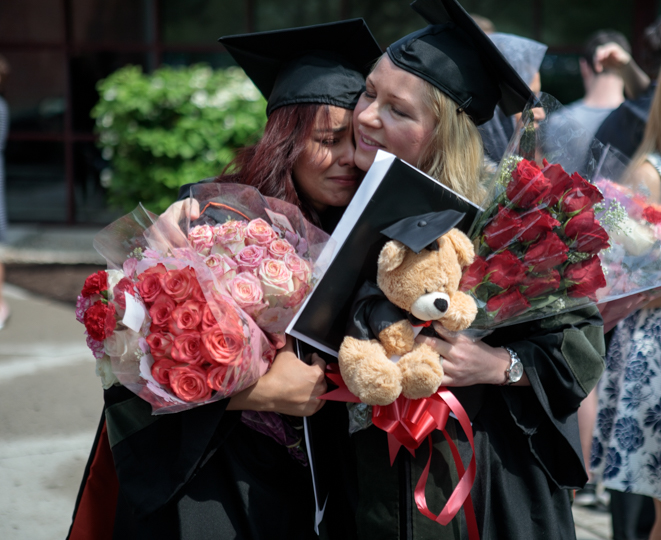 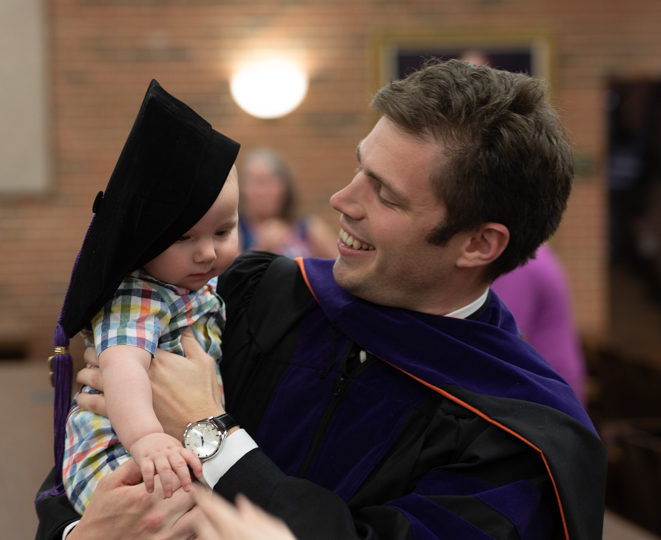 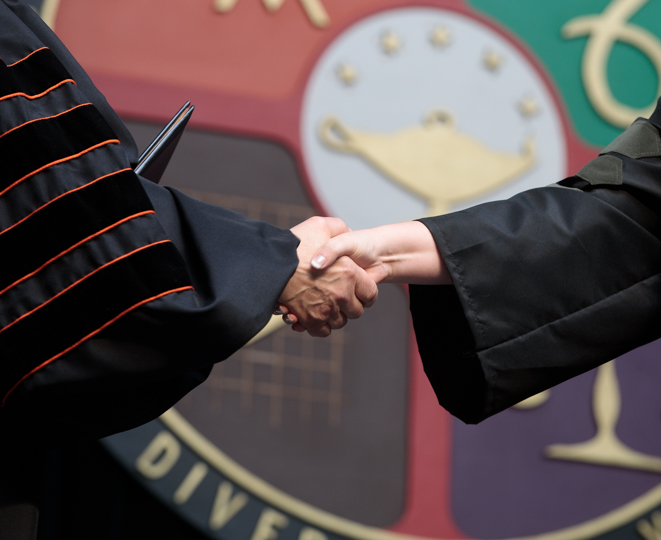 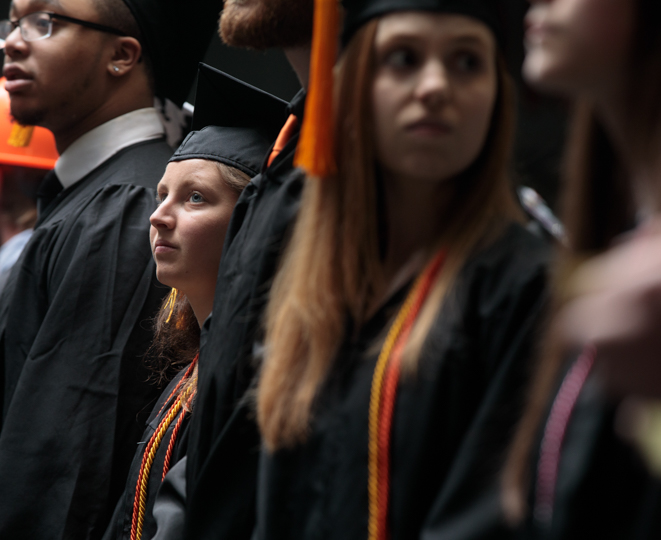 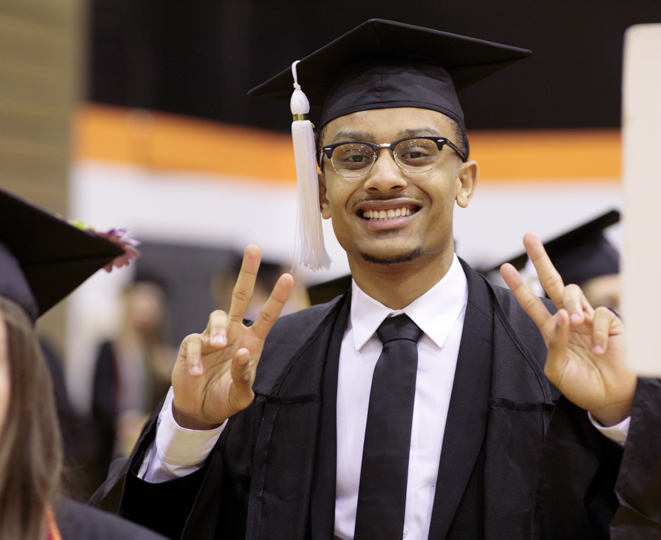 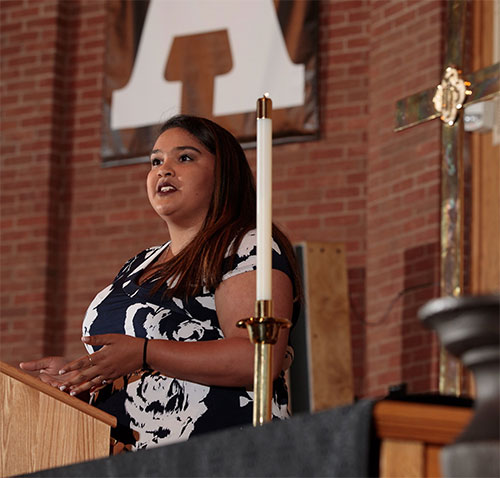 Baccalaureate is a long-standing tradition at many colleges and universities, dating back to the Medieval practice of awarding degrees only after a candidate had presented a sermon in the university chapel. At the time, all university students were also members of religious orders, or were training for the priesthood. Out of that tradition grew the practice of celebrating the achievements of graduates in a service of worship, including speeches, sermons, readings and music appropriate to the occasion.

Plan ahead for your visit to Ohio Northern University for commencement weekend. Below you will find links to a campus map, overnight accommodation options and the ONU Bookstore. If you are unable to attend, the ceremonies will be live-streamed on the ONU website. Simply go to www.onu.edu on the day of the commencement for the live-stream video link. 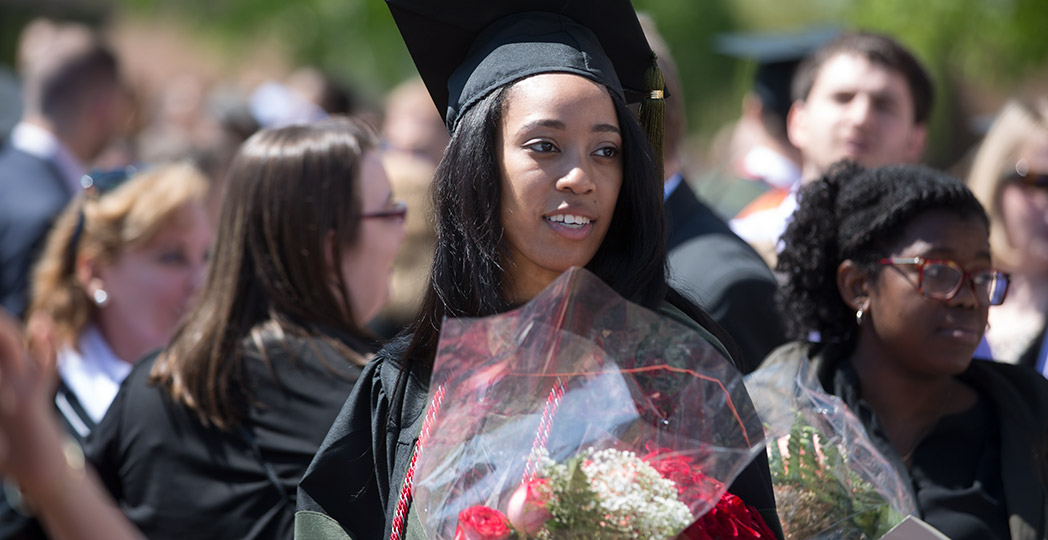 Mortar Board is a national honorary that recognizes seniors for scholarship, leadership and service. This organization holds an annual flower sale to honor all graduates. This is a special day, and Mortar Board would like to provide parents and families of graduates with the opportunity to pre-order flowers for their graduate. This service is for your convenience and allows you to pick up flowers the day of Commencement. You won’t need to worry about traveling with flowers or finding a florist that morning. Please consider pre-ordering flowers for your student to make their graduation one to remember!

Flowers will be available for pick up prior to the opening of the ONU Sports Center Field House at 7:30 a.m. until the end of the last commencement ceremony of the day. Flower pick up is located outside of the Field House entrance.