BIOLOGY GRADUATE ON HIS WAY TO CAREER IN PROSTHETICS

Not everybody gets to become their hero. Recent graduate and biology major Dustin Rieman, BS '18, will be one of the lucky few.

Rieman has used a prosthetic leg for most of his life. At age 3, his right leg was amputated below the knee following an accident. His parents were told that he might never be able to walk again, that he could be limited in many ways for the rest of his life. It was a challenging prognosis for a child with his entire life ahead of him, but he wasn’t about to let it stop him from reaching his full potential.

Now, almost two decades later, he's graduated from Ohio Northern University with a bachelor’s degree in biology. He is currently attending Northwestern University in Chicago to obtain a master’s degree in prosthetics and orthotics. He wants to become a prosthetist, a medical practitioner who helps patients learn to use prosthetic limbs and devices. It’s a dream he’s had ever since he first became an amputee – to help others the way he’s been helped.

This aspiration stemmed from the positive experience he had with his own prosthetist over the years. He remembers the pain, shock and obstacles of his treatment, but what he remembers even more is the humane manner with which he was treated.

"This man, the prosthetist, ended up being one of the biggest heroes in my life,” Rieman says. “It seemed like he knew me and knew what I needed. Throughout the years, it never seemed like he was assuming anything about me. He knew how to show empathy toward my situation without holding me back."

This early lesson in empathy would affect the rest of his life, and it was a theme that would resurface in his time at ONU and shape his career.

Given his love for anatomy and his career ambitions, Rieman’s decision to become a biology major was an easy one. He enjoyed being immersed in the world of science and medicine, but to be a great practitioner, he knew firsthand it would take more than just technical proficiency.

That’s where ONU’s medical humanities minor helped round him out. Part of ONU’s interdisciplinary studies program, the medical humanities minor bridges the gap between the fields of medicine and liberal arts, blending literature, social sciences and the arts with key aspects of medical education and practice. Classes focus primarily on topics such as ethics, communication and, of course, empathy.

THE MEDICAL HUMANITIES MINOR GIVES YOU A BETTER UNDERSTANDING OF PEOPLE IN GENERAL AND HOW TO MAKE THEM FEEL LIKE THEY ARE NOT ALONE, WHATEVER’S GOING ON, WITH ANY HEALTH CONCERN,” HE SAYS. “IF YOU HAVE THE CAPABILITY TO BETTER EXPLAIN WHAT YOU KNOW TO YOUR PATIENTS, THEN THEY TRUST YOU MORE, AND THEY FEEL MORE COMFORTABLE COMMUNICATING WITH YOU ABOUT THEIR CONCERNS."

Rieman has never been shy about sharing his story with anyone who wants to know. His medical humanities classmates were no exception. He always felt free to be upfront and honest in class. Dr. Douglas Dowland, assistant professor of English, recalls one poignant incident in his class that served as a testimony in itself.

"One day in my Literature and Medicine course, we were discussing prostheses, and for a moment, I turned my back to bring up the dictionary definition of ‘prosthesis,’ so we could study the history and meanings of the word,” Dowland says. “When I turned back to the students, Dustin’s leg was being passed from student to student. At first, I thought something had gone terribly, terribly wrong, but then I realized Dustin was teaching his classmates by letting them see and handle the leg. It wasn't just an abstract concept, but an integral part of a person’s life with weight, shape and purpose. He made it real to them."

And that’s what the field of prosthetics means to Rieman – real people with real stories. For his medical humanities final project, he decided to write a paper about why he wanted to become a prosthetist. He started his research by looking at his own story, interviewing family members, perusing family photos and reviewing news articles about the accident. He also studied the accounts of other amputees. In the process, he learned that “every amputee has a unique story that helps professionals and everyday people see a better picture of who they are.” Uncovering that narrative, he found, is the key to best empathizing with the patient.

Being an amputee is an extremely unique experience, he says, and no two stories are the same. Amputees must mentally come to terms with having a part of their body taken away from them, forever. They must relearn how to do basic tasks many people take for granted. They are irreversibly changed, not only by the trauma of their ordeal, but also the difficult and frustrating learning curve that comes with adjusting to a completely new lifestyle they didn’t choose. But at the same time, amputation can provide hope and a special opportunity to start fresh. Rieman witnessed this phenomenon again and again while shadowing two prosthetists for his summer 2017 internship. It was his first time actually stepping into the shoes of a prosthetist, but the experience confirmed what he knew was right all along.

I FINALLY GOT INTO THAT SETTING, AND IT WAS EVEN MORE THAN I IMAGINED,” HE SAYS. “I REMEMBER BEING ABLE TO HELP FIT A PATIENT FOR HIS PROSTHESIS, HIS FIRST ONE, AND SEEING HIM STAND UP AND WALK FOR THE FIRST TIME IN 30 YEARS. I THOUGHT, ‘WOW, THIS IS DEFINITELY WHAT I WANT TO DO.’"

Rieman’s personal motto is “it’s all about your mindset.” This, along with his strong faith, drove him to become a living example of what you can accomplish when you don’t give up, when you don’t accept limitations. Of all the messages he wants to convey to his future patients, this is the most important: 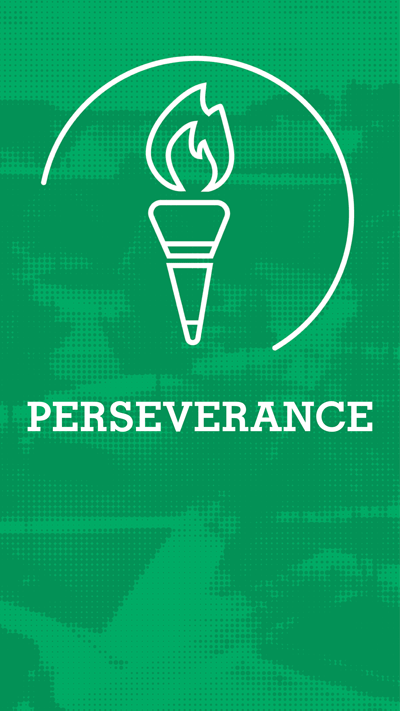