A military-style sword, a medal from the celebrated 1893 Chicago World’s Fair, and a recreational pipe that belonged to a KISS band member, are just a few of the curious artifacts from ONU’s past that were unearthed this fall by students taking a special sesquicentennial history course.

Senior history major Jordan Clagg says she was excited to take the course. “This class hasn’t been offered in the past and won’t be offered again” she explained.

The special topics course embodied a strong practical component in order to help publicize ONU’s sesquicentennial, said Crawford. Strittmatter explained that there were “no quizzes or tests, it was all project-based and public-facing work.”

From finding, displaying, and tweeting about ONU artifacts, to researching and writing history articles for the Ada Herald, to conducting oral history interviews with ONU alumni, students learned how to bring history to life for an audience.

The students worked together to create an exhibit of ONU artifacts that was displayed in the Freed Center for the Performing Arts during most of fall semester. The grant covered the purchase of museum-quality display cabinets that were used to showcase postcards, apparel, yearbooks and other memorabilia previously hidden in ONU archives. The students recently moved the exhibit to its permanent home in the basement of the Hill Building.

The medal that ONU received for a mathematical display at the 1893 World’s Columbian Exhibition in Chicago proved to be the most elusive—and treasured—find for the exhibit. “We knew it existed because there were pictures of it in ONU catalogs from the early years,” said Strittmatter.

The 1893 World’s Fair was one of the most influential social and cultural events in American history. The Ferris Wheel, the first commercial movie theatre, the brownie dessert, and several famous products, from Juicy Fruit gum to Pabst Blue Ribbon beer to Cream of Wheat, all debuted at the fair.

Kaylee Rigg, a sophomore history major, thought it was “really cool” that ONU, “a small college in the cornfields of Ohio,” and still a fledgling institution of higher learning, earned a medal of achievement at a fair that featured so many consequential innovations.

As it turns out, ONU’s medal was tucked away in a cardboard box in archives. It had not been catalogued for fear that it might “disappear” if its whereabouts were known, said Strittmatter. And while current students probably don’t place as much value on the medal as did students from the past, it’s still “pretty amazing,” he added.

Rigg also found it surprising that ONU once fielded a military unit. And, she never realized how competitive engineering students and pharmacy students were in ONU’s early days. She researched and wrote an article published in the Ada Herald about the University’s “bury the hatchet” ceremony intended to quell the animosities between the two majors. “It was interesting and crazy that the rivalry got that intense,” she said.

As part of the course, the students used their Twitter platforms to share interesting tidbits about ONU’s past. Additionally, they conducted oral history interviews with ONU alumni during Homecoming that were transcribed and added to the ONU archives.

Through their participation in the course, students built real-world skills in research, communication and marketing. They also gained a deeper understanding of American history as they explored the ways in which social and cultural norms of different decades impacted campus life.

In reading student handbooks from the early 1970s, for example, Clagg was fascinated by the dress code and curfew rules for female students. Eventually, the changes brought about by the Women’s Rights Movement would reach campus and the rules would be abolished. “Those rules seem so antiquated to us now,” says Clagg. “But in reality, the 1970s was not that long ago.”

Check out the amazing ONU artifacts that ONU history students discovered and displayed for Northern’s sesquicentennial.

ONU’s campus was rockin’ in May 1975 when KISS performed. An ONU security guard confiscated this recreational pipe from the band’s van after the concert. 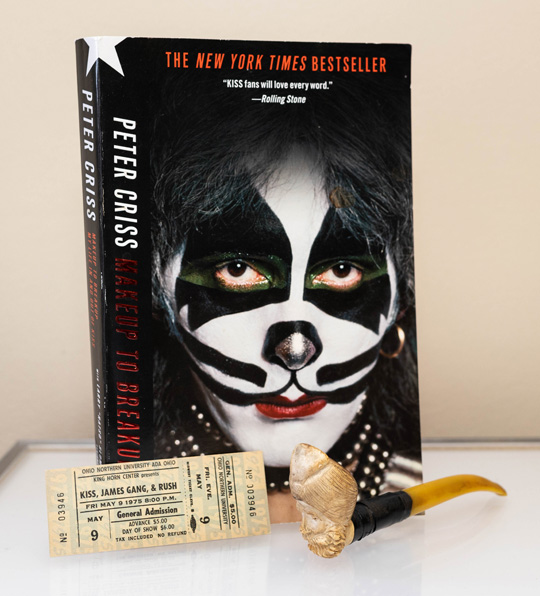 ONU freshmen used to have to wear a “beanie” between the hours of 6am to 6pm every day except Sunday. The beanies fell out of favor around 1970. Pictured with the beanie is an ONU cheer horn circa the 1920s. 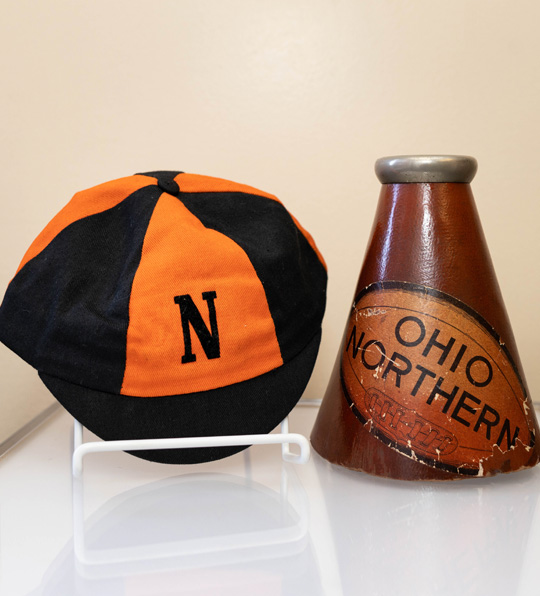 In the early part of the 20th century, 1910-1930, students earned varsity sweaters instead of jackets. The sizes and fonts of the “N” letter on the front of the sweater indicated the sport. This varsity sweater belonged to a basketball player. 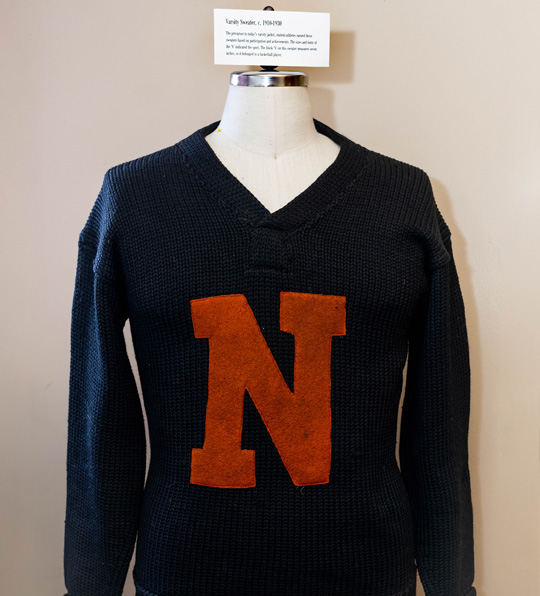 ONU earned a much-coveted medal at the infamous 1893 world’s fair in Chicago. 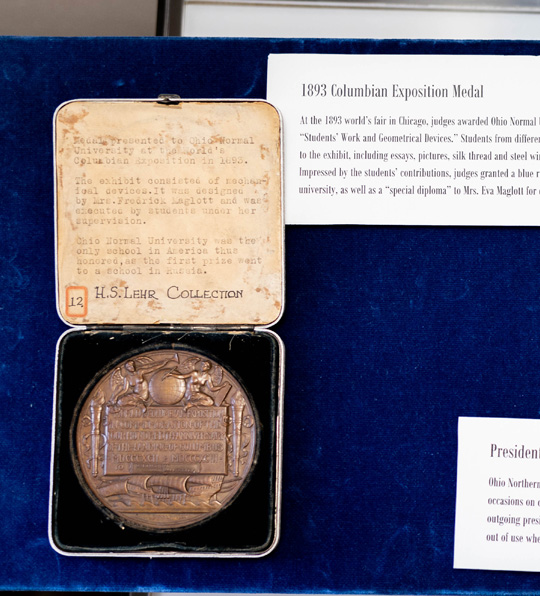 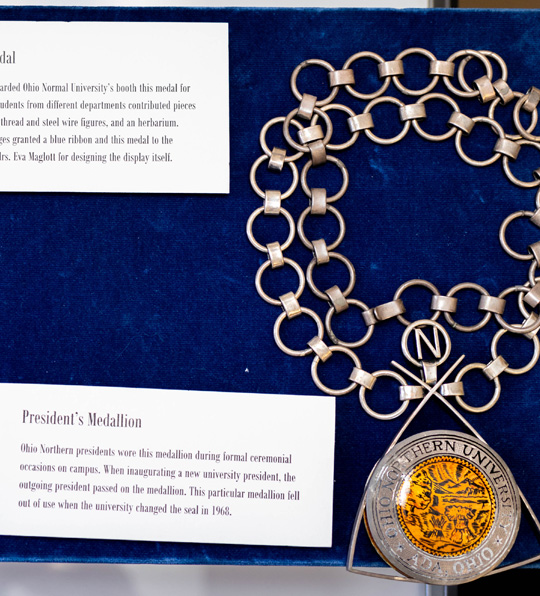 In its early years, ONU fielded a military unit. Military students wore this uniform during the 1884-85 school year. 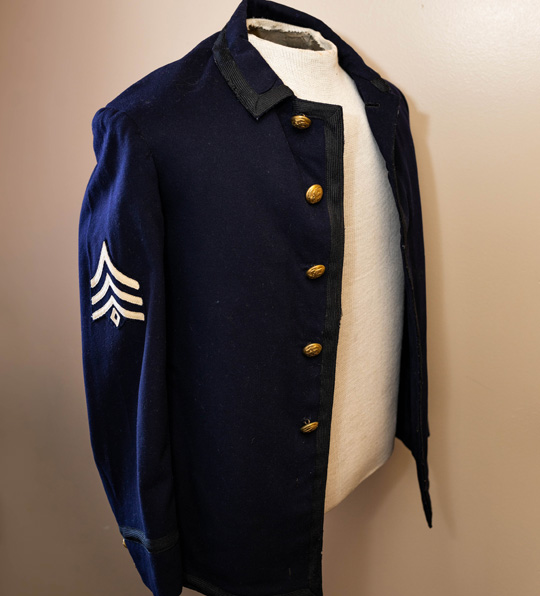