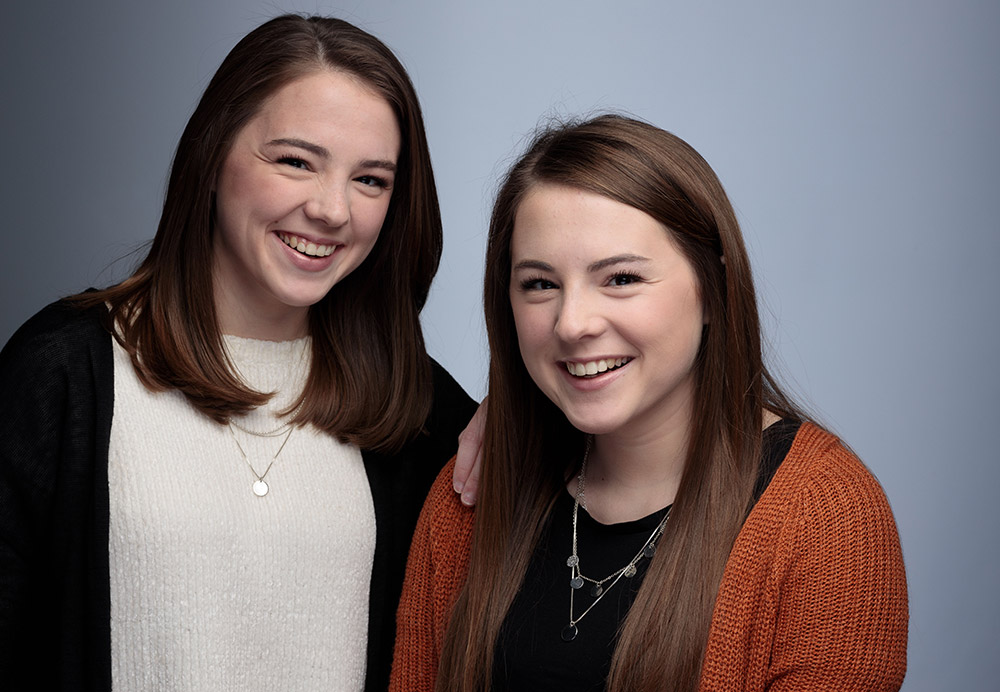 Cystic fibrosis does not slow ONU’s Hoffman twin sisters, who exemplify strength of spirit through their advocacy efforts

Two current Ohio Northern University students embody the attribute of strength through their ability to turn their personal adversity into a mission for the greater good. Twins Alyson and Andrea Hoffman, who have cystic fibrosis, have not allowed it to slow them down. Rather, they have made addressing the disease their cause.

The 19-year-old twins from Marion, Ohio (Pleasant High School), who are freshmen at Ohio Northern, have been advocating on behalf of cystic fibrosis research and treatment since they were 7 years old. They have spoken to legislators on both the state and federal levels and on the floor of the Ohio Statehouse. Further, the sisters have shared their insights with medical students and pharmacy company representatives, among others.

Their message centers on awareness of cystic fibrosis, what it is like to live with CF and similar medical conditions, and making sure others have the necessary resources.

Cystic fibrosis affects the lungs and digestive system. The twins were diagnosed when they were four months old.

“We want to make sure we give a voice to otherwise do not have one. Every story is different. We want to be certain that children have what they need to live a full life,” they said. 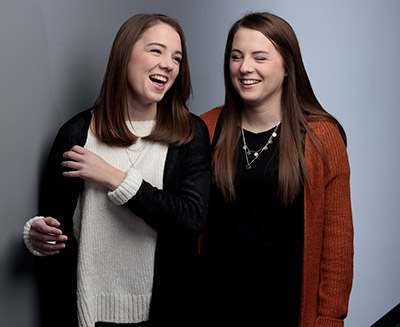 The Hoffman twins selflessly credit their strength to those around them.

“I think our source of strength comes from our faith as well as family and friends who support us and push us to be the best we can be. Without their support we would not be where we are or as capable as we are,” Andrea said, in speaking for both herself and her sister.

Alyson and Andrea especially credit their parents, the Rev. David and Melissa Hoffman, for much of their spirit.

“Our parents were very conscious to make sure we had as much normalcy as possible while growing up. They instilled in us a positive attitude and strong work ethic,” they said.

Although twice daily treatments are part of their routine, the Hoffman twins have not allowed the disease to slow them down. In high school, they were active in cross country, soccer, track and softball in addition to participating in choir and musicals. Also, both have run the Nationwide Children’s Hospital Columbus half-marathon four times.

In college, they have maintained an active lifestyle and are involved in several organizations. For example, both sisters are active with University Singers, Ohio College Democrats, Public Relations Student Society of America, the True North student-run PR firm and student senate. Andrea is involved also with Kappa Phi Christian sorority, Gospel Ensemble and the Getty College of Arts & Sciences Student Advisory Board.

Further, they both made the Dean’s List fall semester 2019.

After college, they plan to continue their collaborative efforts toward making a meaningful impact.

Andrea’s goal is to run for public office, and Alyson plans to fill a communications role for a hospital while also serving as her sister’s campaign manager.

“To enact change, you have to change policy,” Andrea says.