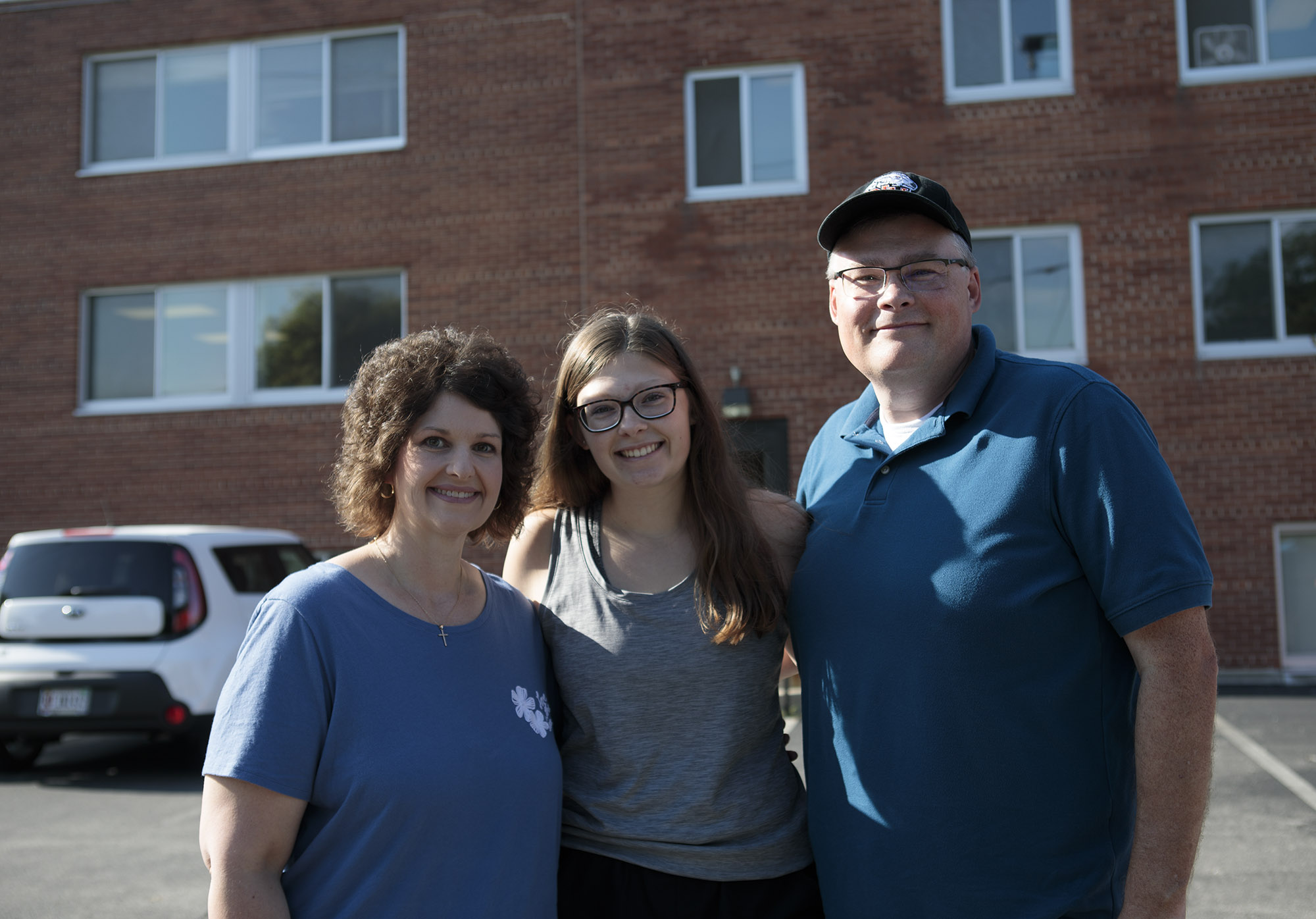 It’s incoming freshman Lily Brautigam’s last night before she officially becomes a college student. Tomorrow she moves in early to Stambaugh Hall at Ohio Northern University to start marching band practice, and although the minutes are flying by, somehow time is standing still for just a moment.

The Brautigam family’s house in New Bremen, Ohio, is completely quiet, but inwardly, a complex jumble of emotions lingers – excitement, nervousness, joy and sadness all rolled into one. The reality is – this is Lily’s last night under her parents’ roof full-time.

The family’s Ford Explorer is packed up with her belongings – ready to go for the next day. All that stands between her and her new life is one elusive night’s sleep and the one-hour drive north to Ada, Ohio. 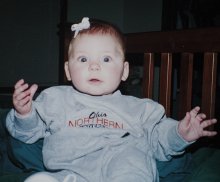 Sam Brautigam, BA ’92, and Katie (Sherrick), BM ’94, aka Mom and Dad, have always known this day would come. As parents, they feel the same bittersweet sentiments, but as alumni, they also know what’s in store for their firstborn – an incredible life chapter that will yield sweet memories, lifelong friendships and a valuable education.

The Brautigam family’s Northern roots run deep, and Lily, a third-generation Polar Bear, can’t remember a time when she did not know about ONU. As Sam puts it, “Every car I’ve ever owned has known the way to ONU because we’ve gone so many times.” From theatre productions to summer music camp to nostalgic campus visits, Katie and Sam have raised Lily and her brother Grant to know ONU practically since birth.

A math teacher and a music teacher, respectively, Sam and Katie are excited that their oldest is attending their own alma mater, but they were adamant from the start that it be her decision and not theirs. And it truly was.

NO OTHER PLACE FELT LIKE HOME, AND I HAD JUST BEEN THERE SO OFTEN THAT OTHER PLACES JUST DIDN’T FEEL AS WELCOMING OR I DIDN’T FEEL AS COMFORTABLE,” LILY SAYS. “THE SUMMER BEFORE MY SENIOR YEAR, I FINALLY DECIDED THAT I WANTED TO MAJOR IN EDUCATION, AND SO THEN I JUST COULDN’T PICTURE MYSELF STUDYING EDUCATION ANYWHERE ELSE BECAUSE OF MOM AND DAD’S INFLUENCE. THAT’S JUST WHERE I WANTED TO GO."

Since that point, it’s been a roller coaster ride of emotions and impending change for everyone.

“There have been a lot of feelings,” says Katie. “Highs and lows. So excited, but then a little scared for her, just hoping that she can handle college in general. But sad that she’s going to be gone and our family’s going to be different.” 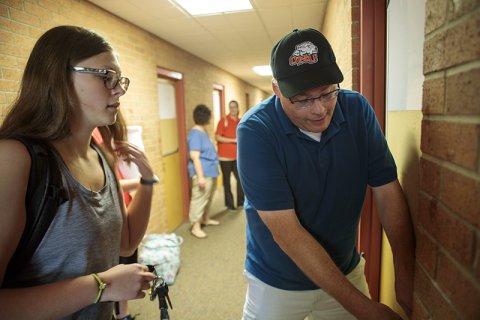 It’s a hard pill to swallow for any parent, but one that’s made a little less so because of their own fond memories of ONU. It’s the place where they discovered who they were meant to be; the place where they explored their interests and passions; the place that, eventually, helped them connect with each other (they met on a blind date after their ONU days); and now, it’s the place they entrust with the hopes, dreams and future of their firstborn.

“My time at ONU made up some of the best years of my life,” Sam says. “I had a lot of opportunities, met a lot of people and learned a lot, and that’s what we’re hoping for with Lily. I’m pretty much at peace with her going. I’m happy with her decision, and I’m hoping that she has just as good an experience as we did.”

The day has come. The family’s Ford Explorer pulls up to Stambaugh Hall for the first, but certainly not the last, time. Everybody pitches in to transfer Lily’s life and belongings to her first home-away-from-home. The heavy weight of the luggage matches the weight of the mixed feelings in their hearts.

As Sam and Katie watch Lily start to unpack and situate her new living space, they step back. They start to let her go … and she starts to let them. 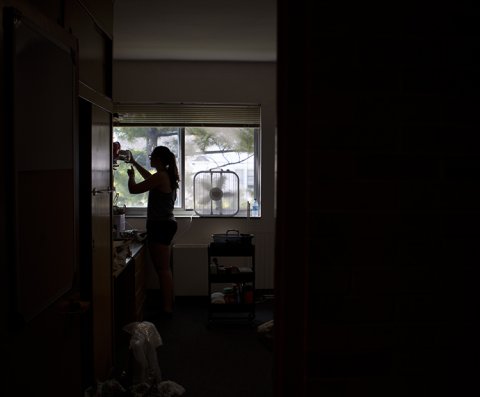 Lily’s double-majoring in both music education and math education, proud to follow in both her parents’ footsteps. She’s planning on being involved in some of the same things they were – marching band, music groups, math student organizations, education classes. Her experience will be similar in many ways, but it will also be different. And that’s more than OK. From being students to being parents a generation later, it will be a flipped perspective for Sam and Katie, but it’s something new to look forward to.

“I’m just happy to be ‘Dad,’” Sam says. “I don’t want to study again, but I think it’s good. Our perspective is, she can go do all that, and we can just enjoy it through her.”

“I’m excited about just being able to come visit and see her do some of the same things that I did and learn from those experiences,” says Katie. “I’m excited for her to have that family that I still have from ONU.”

And that family is still well-intact. At any given moment, Lily is only seconds away from people who have known, befriended, worked with or educated someone in her family. That’s one thing that’s so amazing about being a legacy student. You inherit a love for ONU that connects you across the generations. 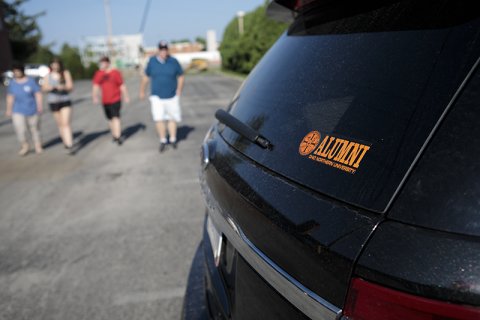 On the drive home, Sam and Katie sit in silence for a moment, taking in everything that’s just happened. Their firstborn has just started a new chapter in her life, and with that, a new season begins in theirs as well. It finally hits them – she’s not going away; she’s coming home. She’s not saying goodbye; she’s saying hello. She’s finding her place in a family they’re happy to belong to – the Polar Bear family – and that is a bond that can never be broken by any measure of time or distance.