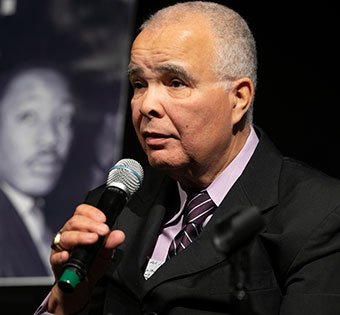 An ONU Athletic Hall of Fame inductee, Floyd Keith has 11 years of collegiate head football coaching experience at the NCAA Division 1 level and served 12 years as executive director for Black Coaches and Administrators. He was the head football coach for the University of Rhode Island and Howard University, and served as the assistant football coach at institutions such as Miami University and the University of Arizona. He was listed in Sports Illustrated's “The 101 Most Influential Minorities in Sports,” Black Enterprise’s “50 Most Powerful Blacks in Sports” and was named 2004 Executive Director of the Year by All American Football Foundation. He was named “Coach of the Year” three times. He is most proud of the realization of the NCAA-BCA “Achieving Coaching Excellence Program” for collegiate basketball coaches, a collaborative professional development program funded by the NCAA in partnership with BCA. Keith is currently the CEO of his own professional development company, PPA Professional Services, Inc.