The employee conference room in the Wilson Sporting Goods football factory in Ada, Ohio, was missing a key player around 6:30 p.m. on Sunday, January 30. Each year, a small group of employees assemble to watch the second of two NFL conference championship games, the game that determines the final team that will vie for NFL supremacy in the Super Bowl. Included in the group is Mike Springer, BS ’99, a process/manufacturing engineer at Wilson. This year however, the usually prompt Springer was a no-show.

“We always come into work to get a jump on making the Super Bowl game balls Sunday night after the conference games. Those balls have the two team names stamped into them, so we obviously can’t make them until we know who’s playing,” says Springer.

Late on that Sunday afternoon, Springer should have been on the road on the way into work, but there he was in his house with his eyes glued to the television. The AFC Championship Game was headed to overtime, and one of the teams playing in it was the team he’s rooted for his whole life: the Cincinnati Bengals.

“I called in and said, ‘Look, I am not missing the end of this game.’ And so I sat there until that football went through the uprights for the game-winning field goal and then got up and said, ‘Okay. Time to go to work.’”

The Ada Wilson Football factory has made every football ever used by the NFL since 1955. Every year around this time, the national spotlight shines on Ada, Ohio, and its connection to the Big Game. The attention has been even greater due to it being the first Super Bowl to feature an Ohio team in more than 30 years.

“We had a Cincinnati television station up here this morning to do a story about the game ball. They interviewed one of our employees who actually worked here the last time the Bengals were in the Super Bowl back in 1989,” says Springer. “I was even able to pull the logo die for the Super Bowl 23 game ball from our archives and stamp them a panel so they could compare it to the Super Bowl 56 ball. There’s been a lot of interest this year.”

That interest has also manifested in the factory’s output in recent weeks. In addition to the 216 official game balls that were used by the two teams leading up to and during the game, Springer expects the factory to produce approximately 4,000 game balls for retail sales. The typical number of retail balls is between 2,000 and 3,000 depending on the teams involved. The fact that the Bengals haven’t been back to the big game in more than three decades is a big reason for the increased production.

The NFC Championship game ended after 9 p.m. with the Los Angeles Rams defeating the San Francisco 49ers and Springer and his fellow employees went out onto the production floor and started stamping the names onto partially completed footballs called husks. Whereas stamping is normally done to flat panels before they are sewn together, a special machine allows Wilson to save precious time by having the panels already sewn together. However the team still needed to stamp the names, insert the bladder with Wilson’s special data sensor attached to it, lace the ball, mold it to shape using steam and 120 psi of air pressure, and inspect it before it could be counted as one of the 54 balls they needed to ship out the next morning to each team. On Tuesday, they shipped out an additional 54 balls to each team for the total of 216 individually numbered game balls.

This year’s ball features the Super Bowl 56 logo with roman numerals embossed with palm trees representing Los Angeles, Calif., where the game was played. That level of detail is new this year and made possible by technology advances in the factory’s graphics department and manufacturing equipment. In his role at Wilson, Springer has been integral to the factory’s technological improvements and even had a hand in the only major change to the NFL game ball in more than 75 years, the addition of a data collecting sensor inside the bladder of the ball which provides the in-game data that fuels the NFL’s Next Gen Stats and CBS television’s “Romo-Vision” during game broadcasts.

Fortunately for Springer, there was no need to come into work on Super Bowl Sunday. The Wilson factory won’t start production on the championship edition of the NFL football until Tuesday, leaving his focus solely on the game. He was bullish on the Bengals like any loyal fan, picking them to win by a score of 34-31. And while his favorite team didn't quite perform at a championship level, he proud of one thing: the footballs did.

The Ada Wilson Football factory has made every football ever used by the NFL since 1955. Every year around this time, the national spotlight shines on Ada, Ohio, and its connection to the Big Game. The attention has been even greater due to it being the first Super Bowl to feature an Ohio team in more than 30 years. 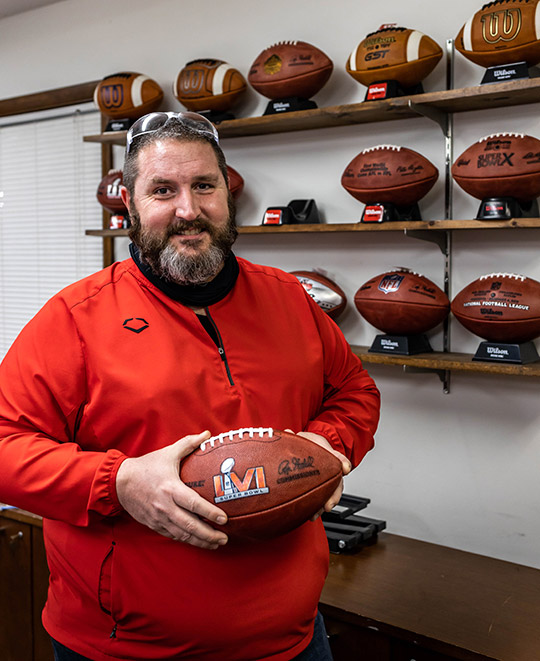 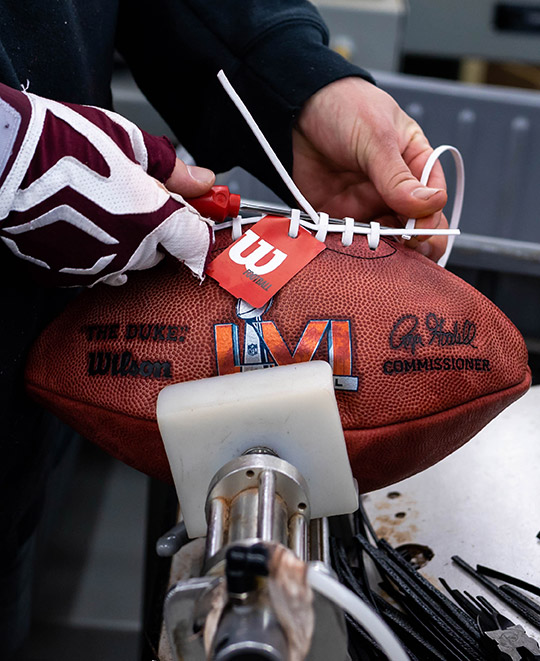 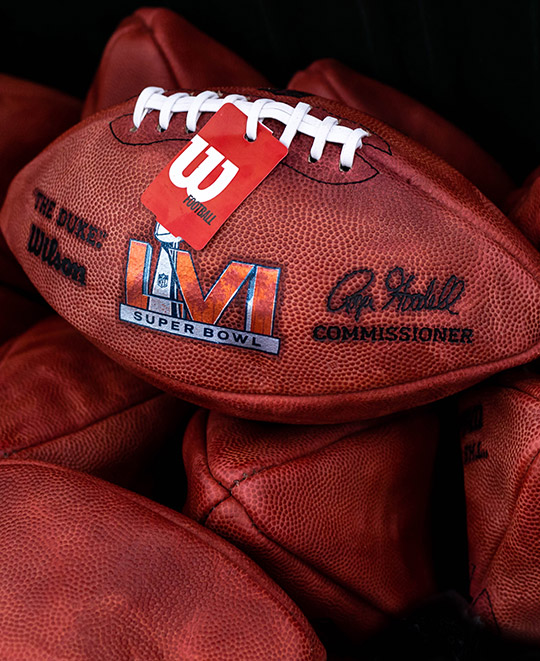 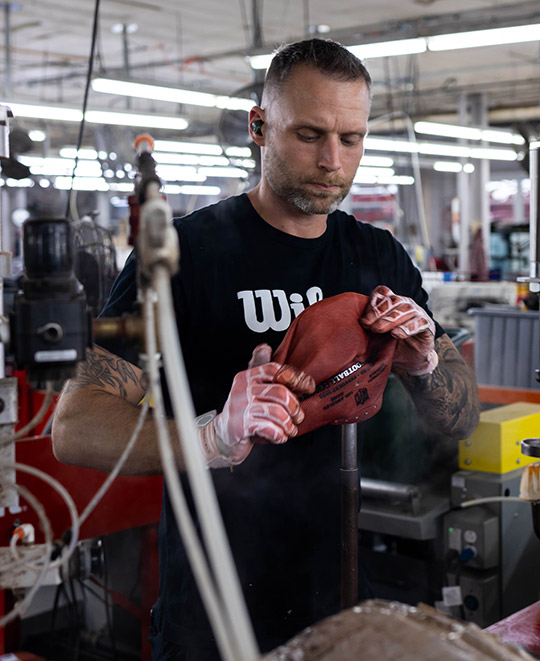 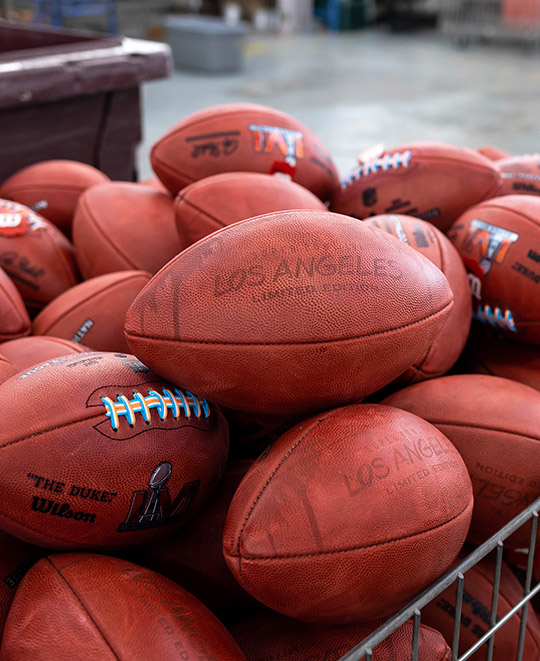 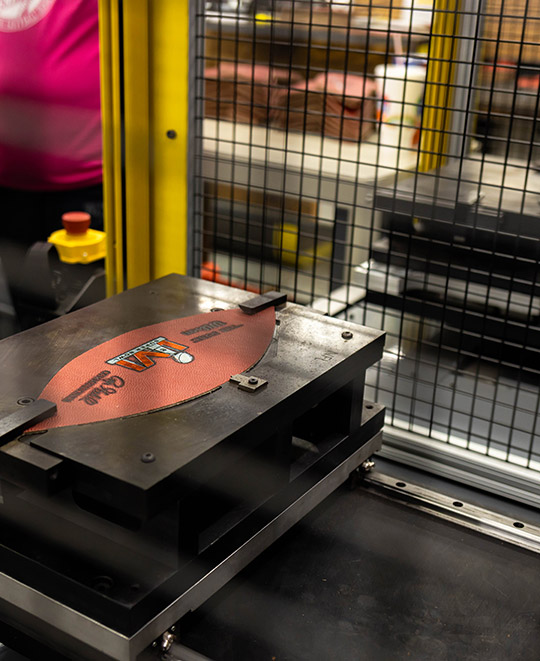 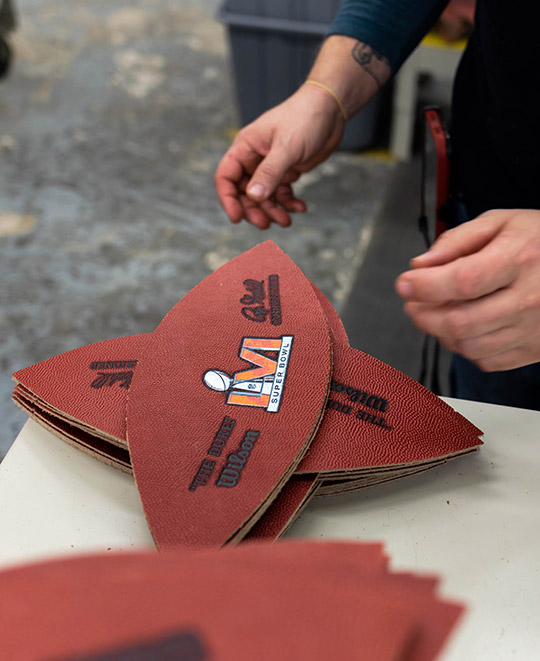 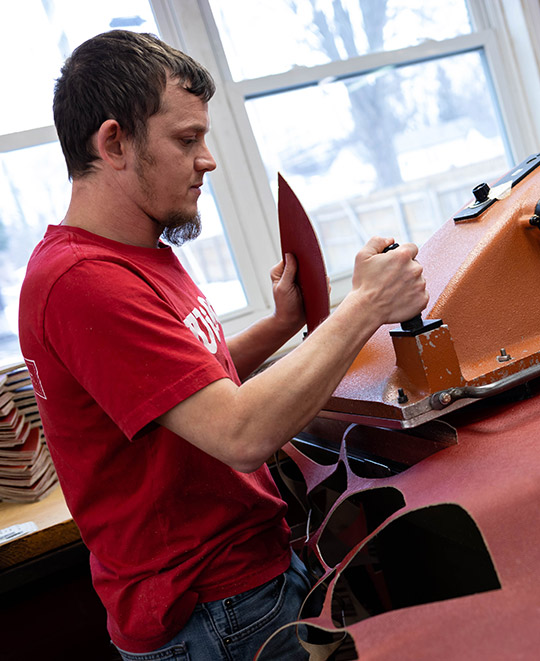 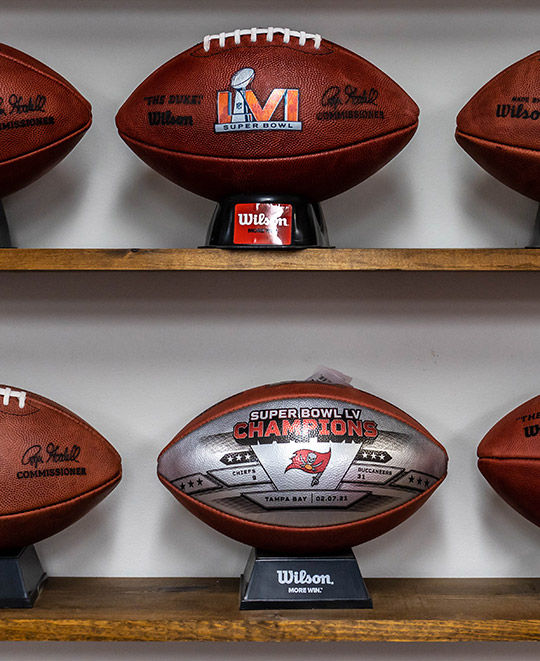