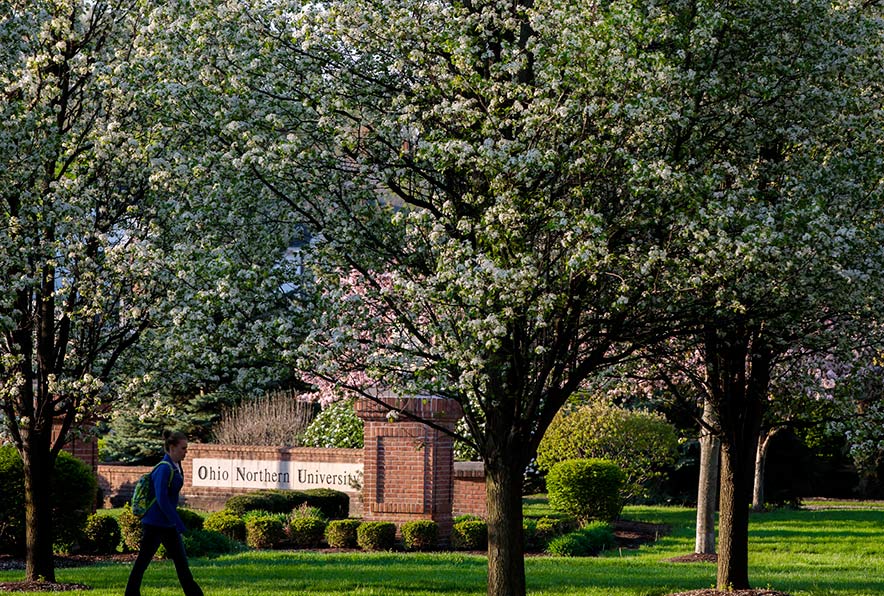 The first awards were presented in 1999 and are named in honor of the former president and president emeritus of the university, who dedicated his life to the virtue of servant leadership.

First-year awards were presented to Alyson Hoffman, a public relations and communications major from Marion, Ohio; and Zach Wiles, a political science and creative writing major from Brunswick, Ohio.

Third-year awards were received by Preston Johanns, a nursing major from Paulding, Ohio; and Anna Eskender, a pharmacy major from Loveland, Ohio.

Fourth-year awards were presented to Zoe Schilling, a pharmacy major from East Sparta, Ohio; and Brian Ruffini, an accounting major from Dennison, Ohio.

Also recognized were the Alice-Kay Hilderbrand Student Organization of the Year Awards, which recognize outstanding leadership of student organizations that made positive contributions to the ONU campus community. The Campus Organizing Committee of ONU’s Student Senate created the awards, which have been presented since 2002. The awards are named after Alice-Kay Hilderbrand, vice president for student affairs from 2004-08, for her passionate and devoted support to student organizations.

Student Organization of the Year: Habitat for Humanity