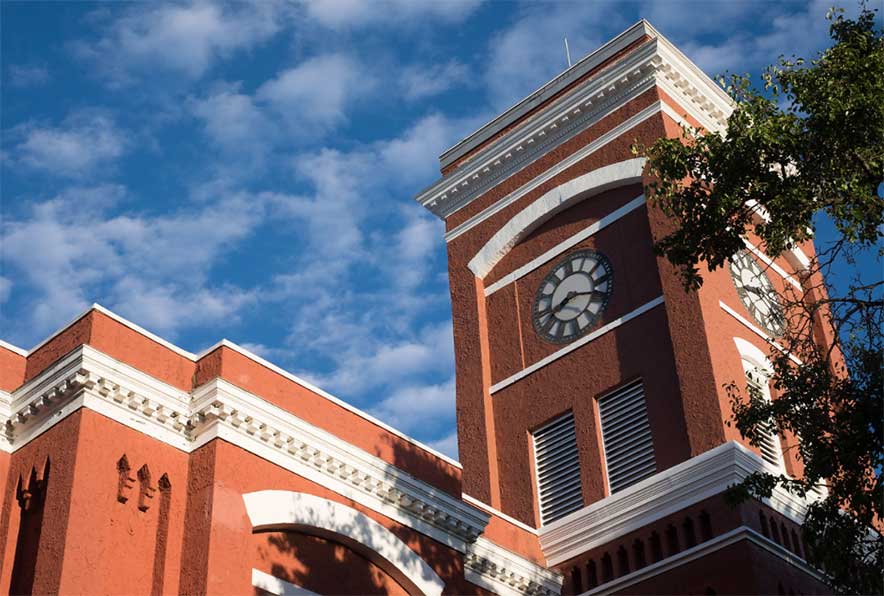 ADA – According to the results of a new Baldwin Wallace University Great Lakes Poll – in partnership with Ohio Northern University and Oakland University – Democratic presidential nominee Joe Biden holds a commanding lead in Michigan and Wisconsin, and is running neck and neck with incumbent Republican President Donald Trump in Ohio and Pennsylvania.

The poll questioned self-identified registered, likely voters in Ohio, Michigan, Pennsylvania and Wisconsin on a variety of topics that may factor into the November election, including how voters plan to cast ballots, attitudes about Black Lives Matter and the handling of the coronavirus pandemic at the state and national level.

Robert Alexander, ONU professor of political science, is one of the experts heading up the Great Lakes Poll and has been instrumental in the success of the first two surveys, which were released in January and March. In the September poll, he weighed in heavily on the topic of how voters plan to cast their ballots.

TRUMP V. BIDEN - Biden holds an 8-point lead in Michigan and a 9-point lead in Wisconsin, but the race remains a tossup in Ohio and Pennsylvania. Biden is leading among independent voters in all four states. Few voters are undecided at this point.

Analysis: “The tight race in Ohio should concern Republicans. Having to expend resources in a state that was once considered a safe state for Trump means having fewer resources to deploy in other competitive states such as Pennsylvania, which is increasingly seen as the state most likely to decide who wins the Electoral College.” – Dr. Lauren Copeland, Baldwin Wallace University

HOW VOTERS PLAN TO CAST BALLOTS - Between 33% - 49% of respondents plan to cast their vote by mail this November. Republicans are far more likely to vote in-person (75% - 63%), while Democrats are more likely to vote by mail or absentee (65% - 48%). About 88% of voters are "somewhat" or "very" confident that their votes will be counted, despite conflicting predictions about the reliability of voting systems.

Analysis: “We see a sharp partisan divide in how voters intend to cast their ballots as Democrats are far more likely to vote by mail or absentee. This makes Pennsylvania’s recent Supreme Court ruling to not count so-called ‘naked ballots’ much more important in what should be a close election.” – Dr. Robert Alexander, Ohio Northern University

FAVORABILITY RATINGS - Whereas Trump’s favorability ratings are between -7 and -17 points in all four states, Biden’s ratings are -4 points in Ohio and between +3 and +8 points in the other three states.

HIGH APPROVAL RATINGS FOR GOVERNORS’ HANDLING OF COVID-19 - Two-thirds of respondents believe their governor is doing a better job of handling COVID-19 than President Trump, and three-fourths of respondents support their state’s decision to require face masks in public. Ohio Gov. Mike DeWine’s approval ratings for his handling of COVID-19 have dropped 8 points since the March Great Lakes Poll but remain high at 72%.

ON BLACK LIVES MATTER - A majority of voters support Black Lives Matter, think that racial problems are real and believe that white people enjoy certain advantages because of the color of their skin. Yet, respondents are divided as to whether professional athletes should use their positions to advocate for political causes. Moreover, a majority also feel that society doesn't understand the challenges faced by white rural Americans.

Analysis: “Although slight majorities of respondents support Black Lives Matter and the need for better understanding of the challenges facing rural whites, support for each of these issues correlates to some degree with party affiliation. Trump appealed in 2016 to rural voters who felt ignored by the political establishment.” – Dr. Tom Sutton, Baldwin Wallace University

A TOXIC POLITICAL ENVIRONMENT - 2020 has been a turbulent year, and the political environment has been no different. Many voters are reluctant to talk about politics or share their political leanings on social media. Two-thirds report strained relationships among their family and friends due to the current political environment.

ELECTORAL COLLEGE - Consistent with results from the January Great Lakes Poll, a strong majority favors electing the president through a popular vote instead of the current Electoral College.

Analysis: “It is somewhat surprising that a majority of respondents in these swing states would favor a national popular vote given that the attention they receive in presidential elections is largely due to the Electoral College.” – Dr. Robert Alexander, Ohio Northern University

NEWS SOURCES - A majority of citizens in all four states are relying on television to get their news about the campaign, not social media platforms. Respondents approve of flagging or removing false or misleading information on social media sites.

METHODOLOGY, QUESTIONS & TOPLINE DATA
The third of four planned 2020 surveys, the Great Lakes Poll provides a side-by-side comparative analysis of voter views in four states that all went for President Obama in 2012 and President Trump in 2016 – three of four by very slim margins.

The Great Lakes Poll was conducted between 9/8/20 and 9/22/20 in a partnership between Baldwin Wallace University, Ohio Northern University and Oakland University (Michigan). The survey was conducted online among self-identified registered, likely voters in Michigan (n = 1001), Ohio (n = 1011), Pennsylvania (n = 1012) and Wisconsin (n = 863) using Qualtrics, an online sample aggregator. Sampled individuals were emailed by Qualtrics and responded using a personalized link to the survey. Data were weighted by sex, education, race, income and age.