Looking for books to add to your reading list for the coming year? Ohio Northern University faculty members share the books that they’ve read recently and enjoyed, from fictional novels that enlighten to non-fictional works that explore the serious subjects of our times.

The Age of Surveillance Capitalism: The Fight for a Human Future at the New Frontier of Power by Shoshana Zuboff

Phipps says: This book is a deep dive, well-researched master work about the power and control of big tech and the stranglehold it has over nearly every decision and action of our social, professional and personal lives. We all believe we have an idea about the equitable, capitalistic trade-off between “free” social media and tech app tools, but this book describes the terrifying aspects of how big tech has cornered a monopoly over nearly every aspect of our digital interactions and then sells digital models of ourselves that accurately predict our future actions to the highest bidder. The book’s stark warning of a bleak future under the monopolistic control of tech giants is a cautionary signal to humanity. 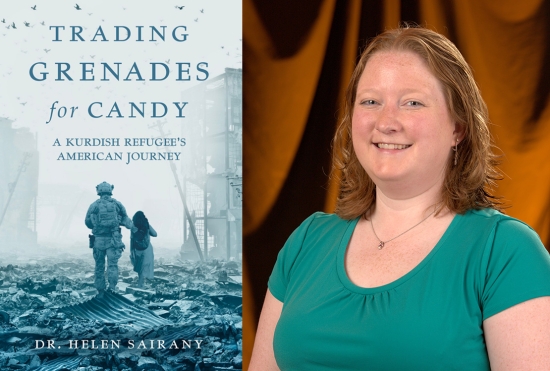 Hinson says: This novel is a personal memoir about being raised in a war-torn country and making the difficult decision to come to America where the author becomes a successful pharmacist. The author does not skirt difficult conversations regarding trauma and learning from these experiences to grow as a person, healthcare provider and leader. I personally know Dr. Sairany from her time as director of content development with the American Pharmacists Association. She has a passion for the profession that is infectious and she lights up any room she walks into. I was aware that she was a first-generation American and loved to hear her talk about ways she incorporated her native culture into her American life. Until she published this book, however, I had no idea of the details of her personal journey. These insights give her positive outlook and passion for those around her even more impact. 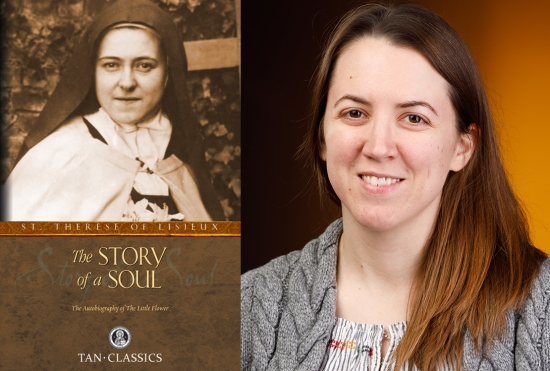 Johnson says: This beautiful autobiography was written by a 24-year-old nun, and now saint, on her death bed at the request of her superiors. St. Therese of Lisieux shares what she came to understand about what God expected from her during her life. During her childhood, she aspired to greatness on earth, but eventually, she came to believe that God needed her to show love and sacrifice in many small ways instead. Her concrete examples of what love and sacrifice could look like here on earth, from not being angered by a personal slight to embracing annoyances rather than being bothered by them, provide a model for how we all might aspire to living deeply meaningful lives that spread joy and love to those around us. 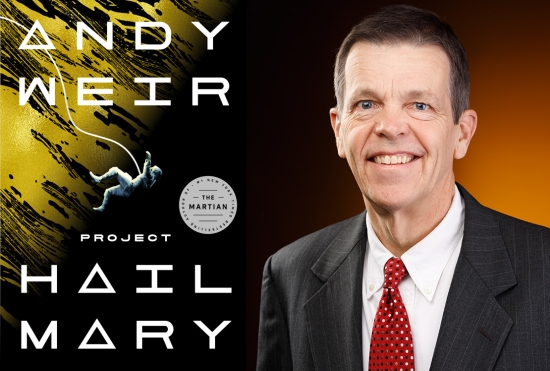 Woods says: Set in the near future, this book features an amnesiac astronaut who against all odds tries to retrieve his memory and preserve humanity. Under harrowing circumstances, he uses his logic and knowledge as best he can to try to make the unknown known and the impossible possible. This book is even more exciting and meaningful than Weir’s breakout novel and subsequent movie, The Martian. The book says much about persons of widely different backgrounds (to say the least) being united by certain universal values in dealing with problems that impact us all. It also shows how our most fervently held beliefs and goals may change under changing circumstances. Read it before it becomes a movie; the movie might leave out information we need to save the world, or to save ourselves!

The Personal Librarian by Marie Benedict and Victoria Christopher Murray 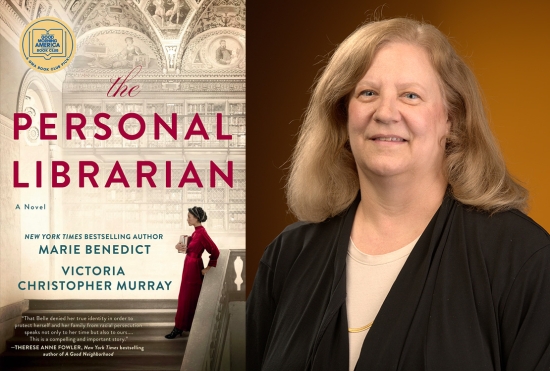 Kier says: This historical fiction novel is about Belle da Costa Greene who was the personal librarian to J.P. Morgan, a wealthy financier and industrial organizer who amassed a significant collection of books, artwork and manuscripts. Belle was born to the first Black graduate of Harvard University, and her light-colored skin allowed her to pass easily in society in the early 1900s as white. She was forced to maintain this secret to maintain her position and the ability to compete globally for precious artwork and manuscripts. Her goal was eventually to have the library become a treasure open to the public. The book weaves a compelling personal story (mostly fiction) around historical facts about J.P. Morgan and the library. The image of a strong and capable woman determined to create a collection of incredible works now open to the public in New York impressed me. Why had I never heard of this woman and her accomplishments before? Many of the struggles outlined in this book are still relevant today. What have we learned from history and how can we improve as a society?

The Compound Effect by Darren Hardy 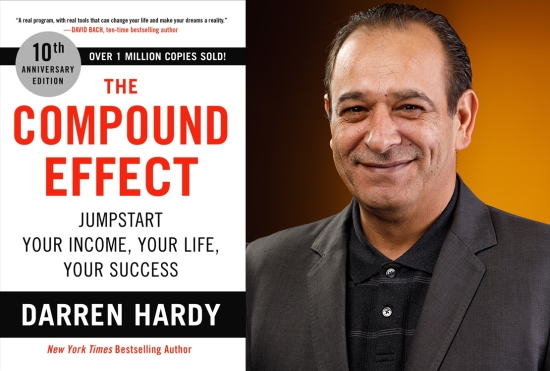 Al-Olimat says: This book is a good reminder that Rome wasn’t built in a day, and there is no such thing as overnight success. It helped me to focus on small changes in my everyday work and life in order to achieve yearly goals. It taught me that life will organize around the standards I set for myself; I am what I have chosen to be, so I am 100 percent responsible for my decisions and actions. Additionally, the book uses analogies to convey concepts, which happens to be one of my favorite teaching methods. I strongly recommend this book to anyone who wants success in their life. The book could be a great help to those who are struggling to make progress on or achieve their academic or career goals. It could also help on a personal level, because it encourages people to improve their relationships through small gestures and efforts that will lead to great outcomes.

Corruptible: Who Gets Power and How it Changes Us by Brian Klaas 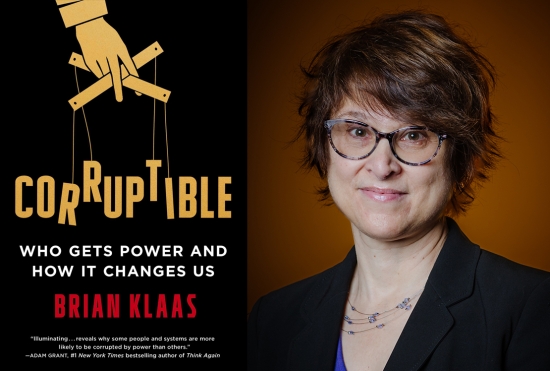 Breedon says: The core questions of the book explore whether power corrupts otherwise honest people or whether corrupt people seek power. It also examines why societies routinely place corrupt (or corruptible) people in position of power. Written in a lively and accessible style, this book discusses important issues for anyone who believes that government officials and others in positions of power should not engage in self-dealing or corrupt conduct. Ove the past several years, corruption by government officials seems to have become much more acceptable to the American public, but a government free from corruption is critical for a healthy democracy. As authoritarian movements worldwide are ascendant, democracy becomes increasingly threatened. Success in fighting burgeoning authoritarian threats at home require the electorate to recognize and reject corruption among those in positions of power.

Hylton says: The book is about the importance and power of being wrong and of challenging and reconsidering our positions and beliefs. In today’s social environment, we could all stand to do better at accepting when we are wrong and rethinking our positions from time to time. For me, it provided a good reminder to challenge my own perspectives and to rethink how and why I do and think the things I do and think. More and more we surround ourselves with those who think similarly, often passively encouraged to do so by advertisers and news sites to make us into a more homogeneous and discrete subpopulation that is more easily marketed towards. The more we can do to actively challenge this structure, the better our society and the systems and structures we inhabit will be. 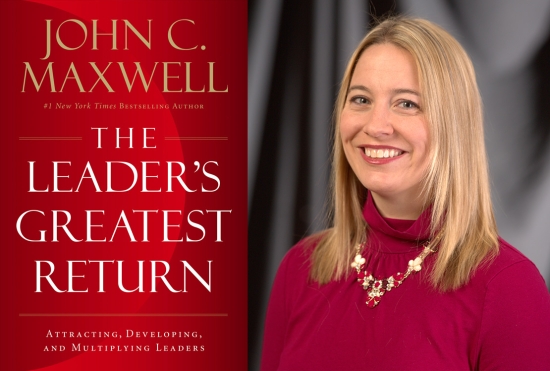 Agozzino says: We all win when leaders develop other good leaders. This book helps you understand a pathway to developing leaders and then reaping what Maxwell dubs ‘the greatest return.’ Both in and out of the classroom, I’m developing new leaders for the public relations and/or social media industries. Maxwell explains how to recognize and attract leaders, empower and position leaders, and coach leaders to higher levels to make them leadership developers themselves. Additionally, the book talks about ‘who luck’ or who you know. At the core of the public relations definition is ‘building mutually beneficial relationships.’ One section of the book speaks to building these mutually beneficial relationships by creating 'who luck.' I also loved a section of the book that explained how developing leaders could multiply your resources instead of depleting them.