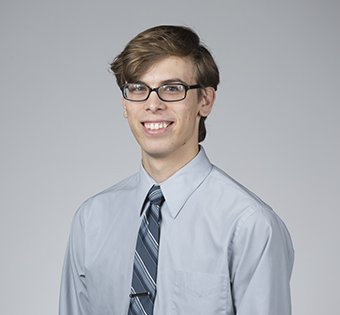 Samuel Powell has a “real zest for chemistry,” and it motivated him to apply for an REU.

“I wanted to get more hands-on, practical experience and some perspective of what the research process is like in the real world,” he says.

Samuel landed an REU at the University of Richmond in Richmond, Va., and spent 10 weeks engaged in research to produce synthetic derivatives of a natural product to be later tested for medicinal properties. Although he was under the direction of a chemistry professor, he primarily worked independently. He learned instrument and lab techniques in addition to inorganic chemistry theory.

“I had the pleasure of being the student doing the main body of work on my particular project and, thus, was able to take ownership of the project,” he says. “I strongly encourage ONU students to search out and apply for opportunities like this."

In addition, he has gained substantial research experience while on campus. Alongside ONU professors, he’s conducted research in computational chemistry. He wrote about this research in his application for the Barry Goldwater Scholarship, a prestigious STEM scholarship awarded to only 496 college students across the country each year. He was subsequently selected for the scholarship and became the 12th ONU student to receive this honor since 2005.

After graduating, he hopes to embark on a career as a researcher in a government or commercial setting developing methods in electronic structure theory.

“I really enjoy the aspects of discovery and creation that are present in my research and coursework," he says. "Learning new information or techniques is always exciting, but the most important aspect to me are the opportunities to use what I've learned to create something new and useful or interesting.”