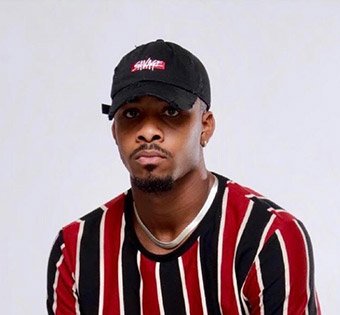 An artist and a builder, Limani Laster uses his energy to transform his surroundings. He is blessed with the ability to invent new beauty, and to make real the creations of his imagination. Recently the junior, construction management student and Dimension Award scholar used his talents for transformation to restore the ONU Spirit Rock after vandals defaced the campus landmark’s message of unity that he’d helped create.

“Instead of getting upset at those involved, I was given the opportunity to repaint the rock in an even more positive light, which made me feel empowered,” he says. “I felt as though I was a part of the change for the better.”

Limani is a student at ONU precisely because of his desire for change. Growing up in Pontiac, Michigan, he experienced a community that didn’t provide many avenues for a young black man to have a successful future. His parents put him in a better school district where he was surrounded by a diverse group of peers, and they instilled in him the values that made him “desperate to become successful” and that eventually led him to ONU.

“I wanted to go somewhere I could gain independence and yet still be able to get home if something ever comes up. And as far as academics, ONU was a no brainer.”

At ONU, Limani is a member of the Black Student Union, Brother2Brother and the football team. His involvement on campus has helped him balance the life away from Pontiac and remain focused on his goals. BSU provides him with a family atmosphere that ranges from fun and laughs to deep discussions about life at a time they are needed most. The past year has been difficult. The defacing of the Spirit Rock’s message of unity was disheartening, particularly after the ONUnity initiative launched last fall to emphasize the importance of diversity, equity and inclusion on campus.

“My most memorable moment as an ONU student would have to be the first ONUnity event we had on campus. It was very comforting seeing how many students and faculty truly cared about diversity on this campus.”

There is strong reason to believe that the vandalism was done by someone outside the ONU community since it occurred over the Christmas break when students were at home, but that doesn’t change the fact that someone painted a line through the words “Stronger together” and “ONUnity” as if to try to silence the message. Whoever tried, failed. In response, Limani answered ugliness with beauty, repainting the rock with a raised fist surrounded by a polar bear paw print and the words of Maya Angelou: “I can be changed by what happened, but never reduced.”