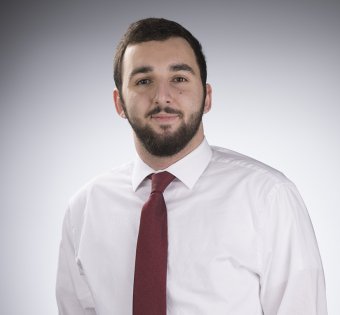 Throughout his time as a pharmacy student at Ohio Northern University, Abdullah Alsamman has always sought out opportunities to learn about different career paths in pharmacy, including research. It was this motivation that led to a valuable opportunity to research anti-cancer potential in plants.

While taking a class with Dr. David Kinder, professor of medicinal chemistry, Abdullah was pleasantly surprised by Kinder’s teaching style, which focused on actively involving students in the learning process in a more direct manner than traditional methods.

“Dr. Kinder’s unorthodox and effective approach to teaching through active learning made me realize that there’s so much that I can learn from him, and it was what made me reach out to ask him if I could do research with him,” he says.

“Participating in research has helped me gain a deeper understanding of concepts from the classroom, improved my confidence in my problem-solving skills and provided me with a better understanding of my career path options,” he says.

In fact, Abdullah’s experience with research at ONU has inspired him to pursue research as a career. After graduating, he plans on joining a two-year residency program to gain the clinical knowledge and expertise needed to become an oncology pharmacist.

But in addition to learning about pharmacy, he’s also learned a lot about himself and how he can help improve the community around him wherever he goes.

THE RURAL COMMUNITY SETTING ALLOWED ME TO ENHANCE AND PRACTICE MY CLASSROOM-LEARNED CLINICAL SKILLS BY PROVIDING HEALTH CARE SERVICES AND HEALTH EDUCATION TO UNDERSERVED POPULATIONS THAT NEED IT THE MOST," HE SAYS. "THIS SHOWED ME THAT I, AS AN INDIVIDUAL FUTURE PHARMACIST, HAVE A HUGE ROLE TO PLAY IN THE HEALTH AND WELL-BEING OF MY COMMUNITY AND THAT I CAN MAKE A POSITIVE IMPACT ON SOMEONE'S LIFE, WHICH IN TURN MADE ME EAGER TO EMBODY THAT ROLE."