It’s safe to say there has never been another year at Ohio Northern University quite like the 2019-20 academic year – from the opening of the new James Lehr Kennedy Engineering Building to helping set a Guinness World Record to the challenges of the COVID-19 pandemic – and University Photographer Trevor Jones has captured it all through his camera lens. Check out his favorite shots from the past year and learn why each one is so meaningful to him. 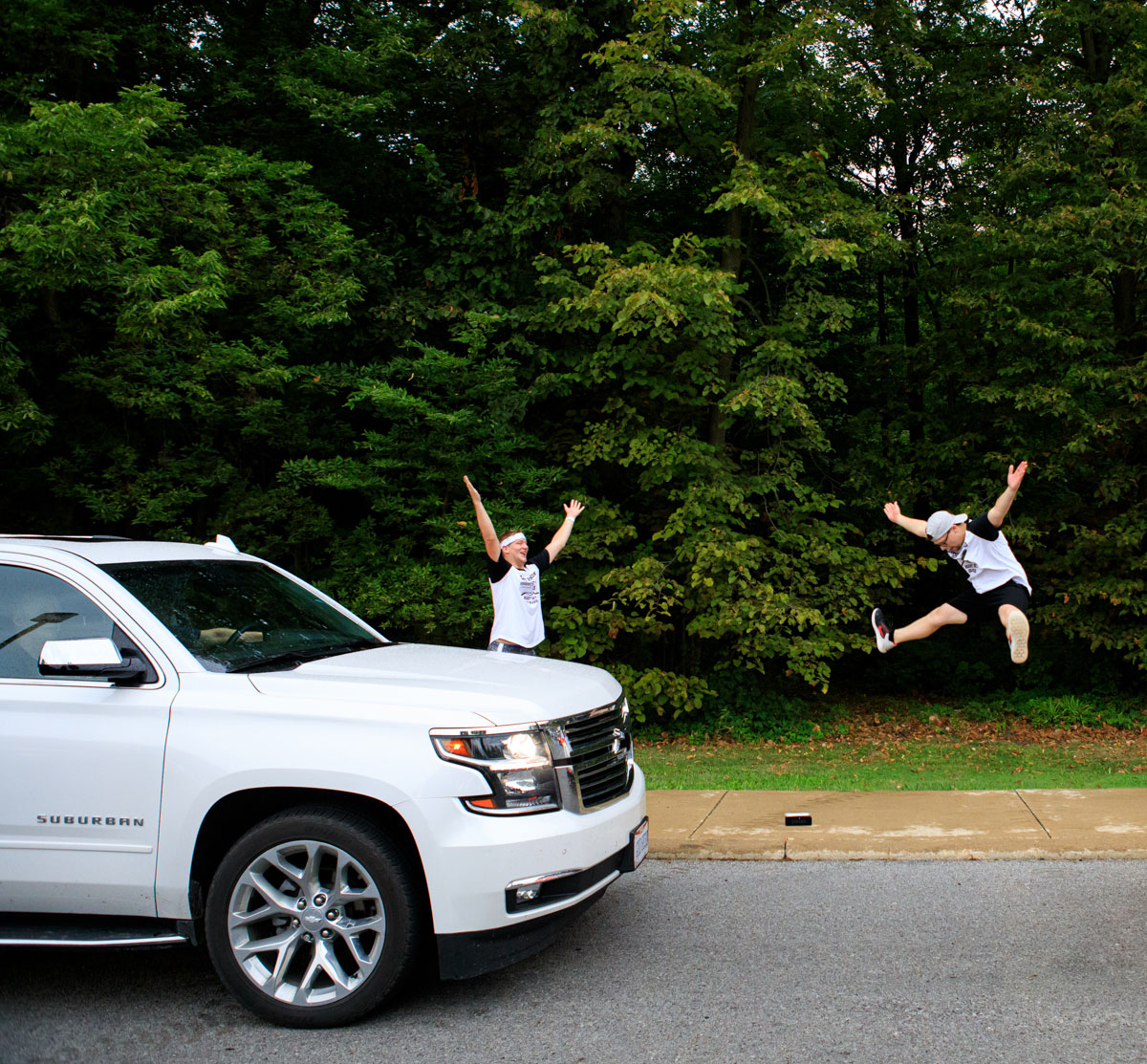 From left, second-year pharmacy student Zachary Lenz and junior Keaton Cox dance as they welcome students and families. More than 600 new students moved to the campus of Ohio Northern University to begin the 2019-20 academic year.

"I've met Mr. Cox a few times, and he is always high energy. As a photographer, I'm often looking for that energy." — T. Jones 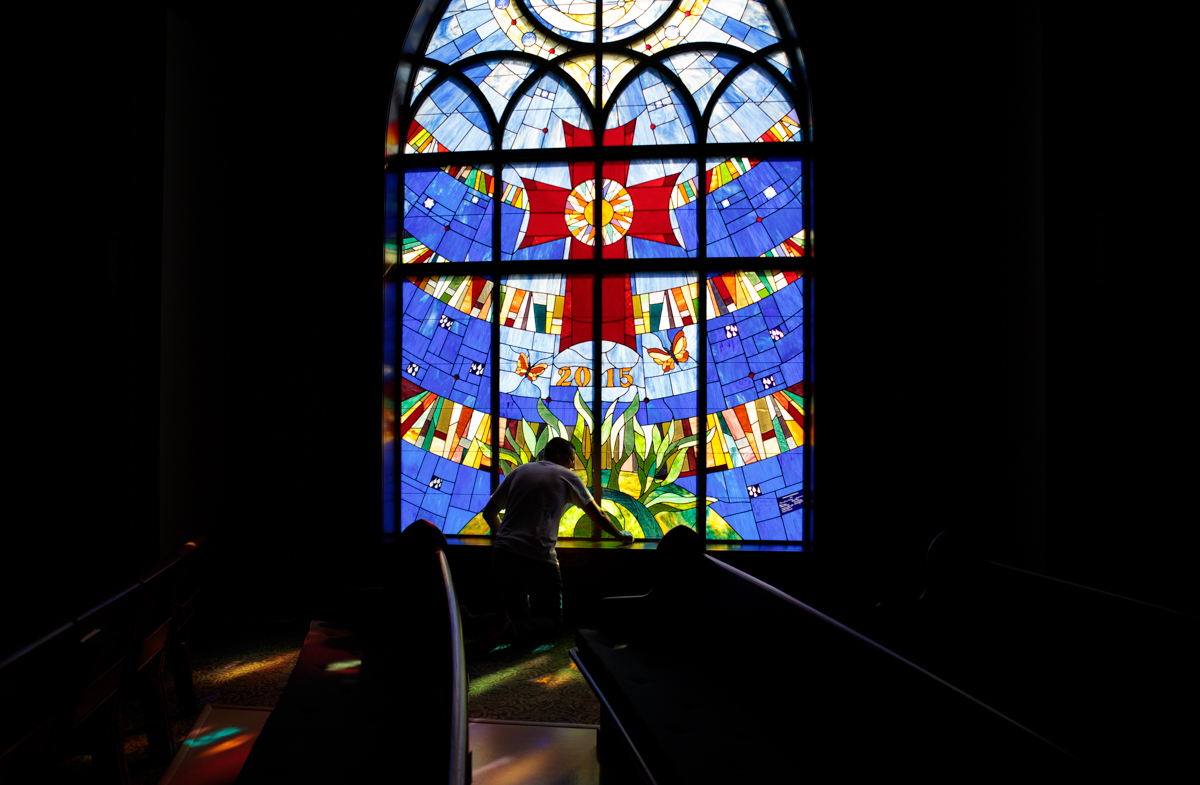 "I love shooting students off campus. Seeing new environments gives me the opportunity to work outside of my comfort zone. Window light always makes for good photos, and First United Methodist has beautiful windows." — T. Jones 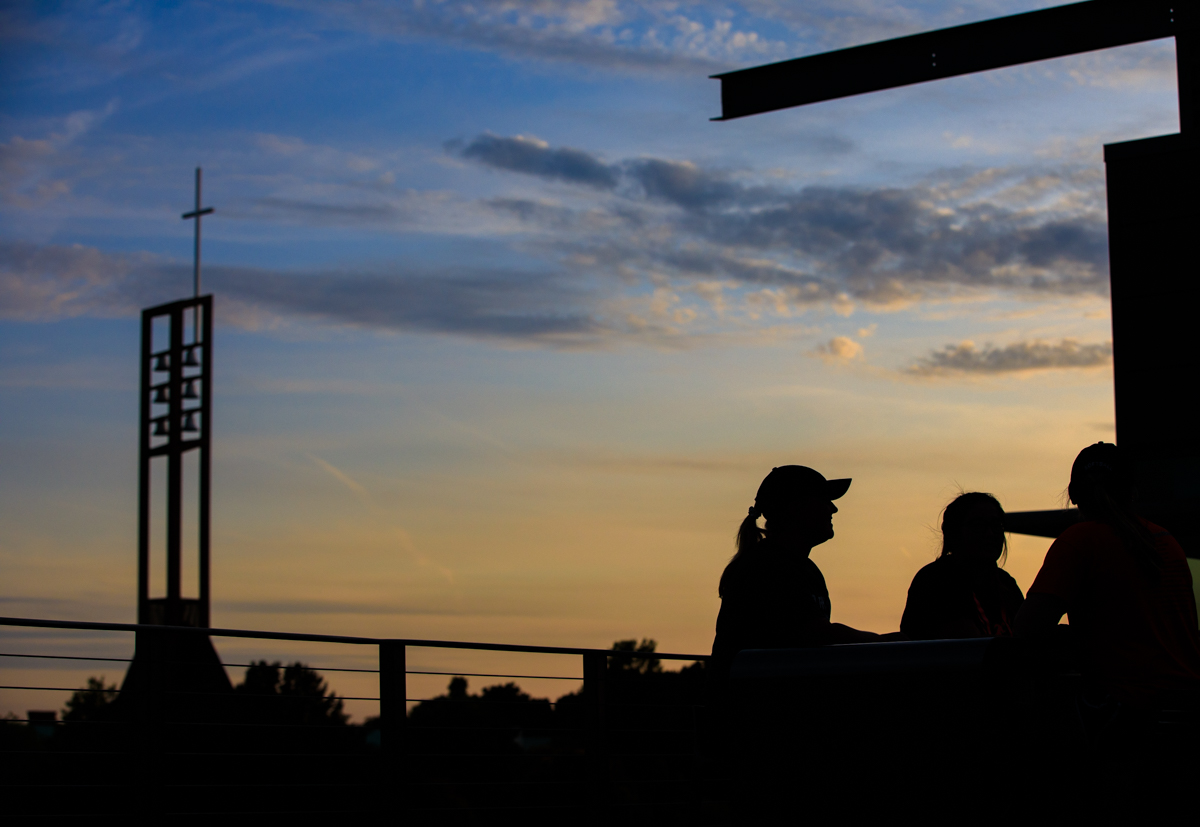 "Like so many people, I was happy when we built our new engineering building. It's a beautiful building and also gave me this opportunity to photograph this Tundra sunset." — T. Jones 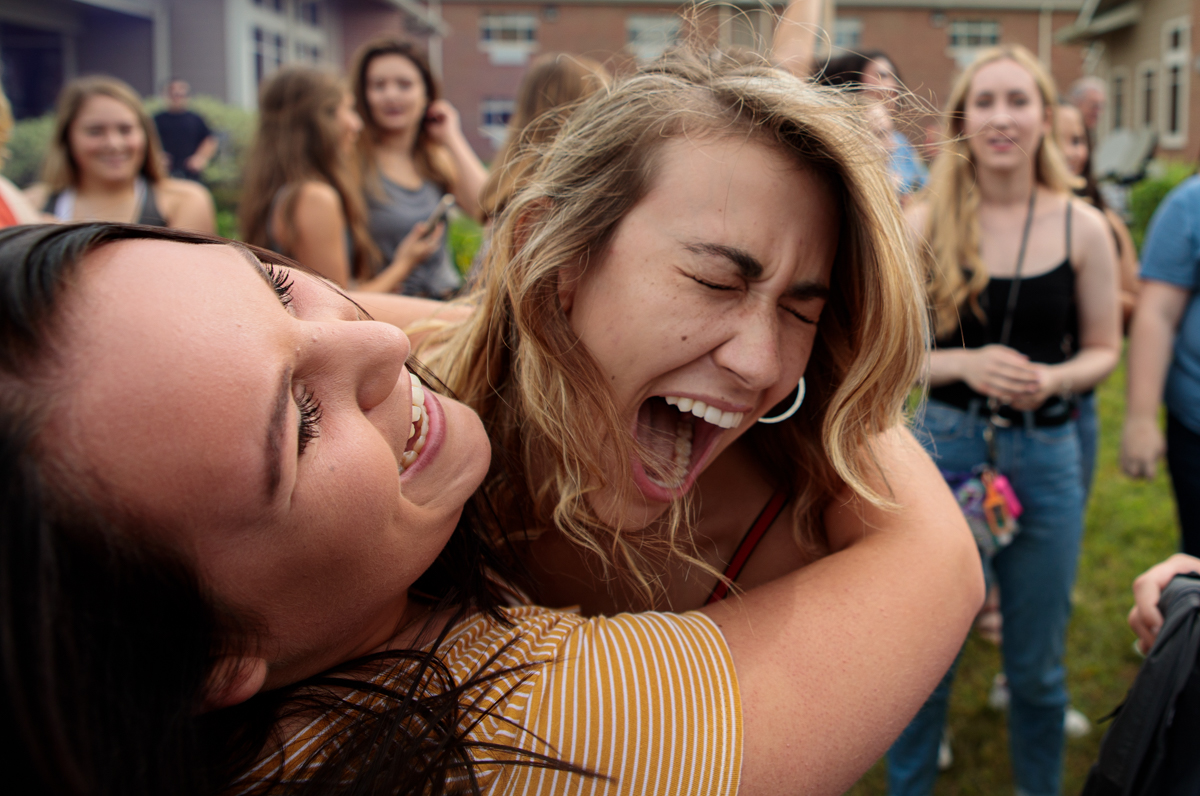 "I didn't know bid day was a thing. I remember coming to work the Monday after and seeing all these excited students on my social media. I knew I had to witness it with my camera the following year." — T. Jones 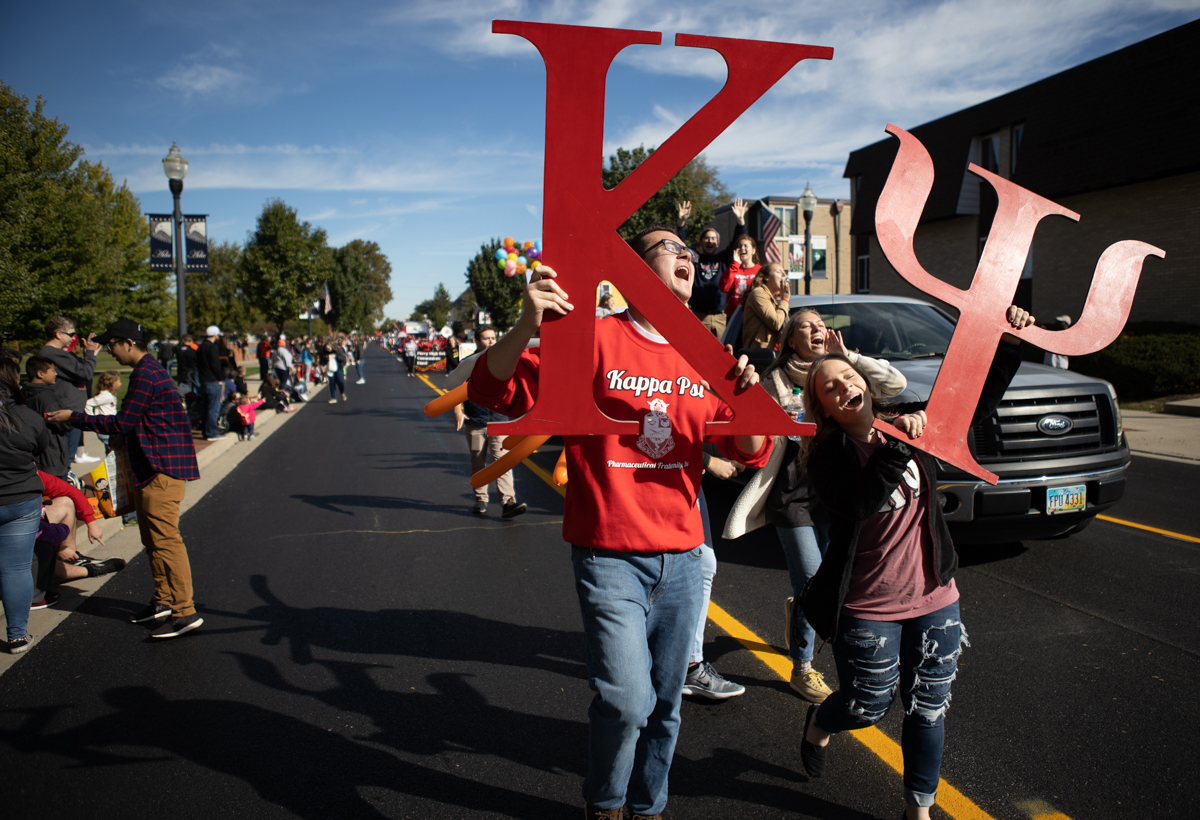 "I'm so happy when Ada and ONU join forces. I'm also thrilled when Homecoming weather cooperates with everyone." — T. Jones 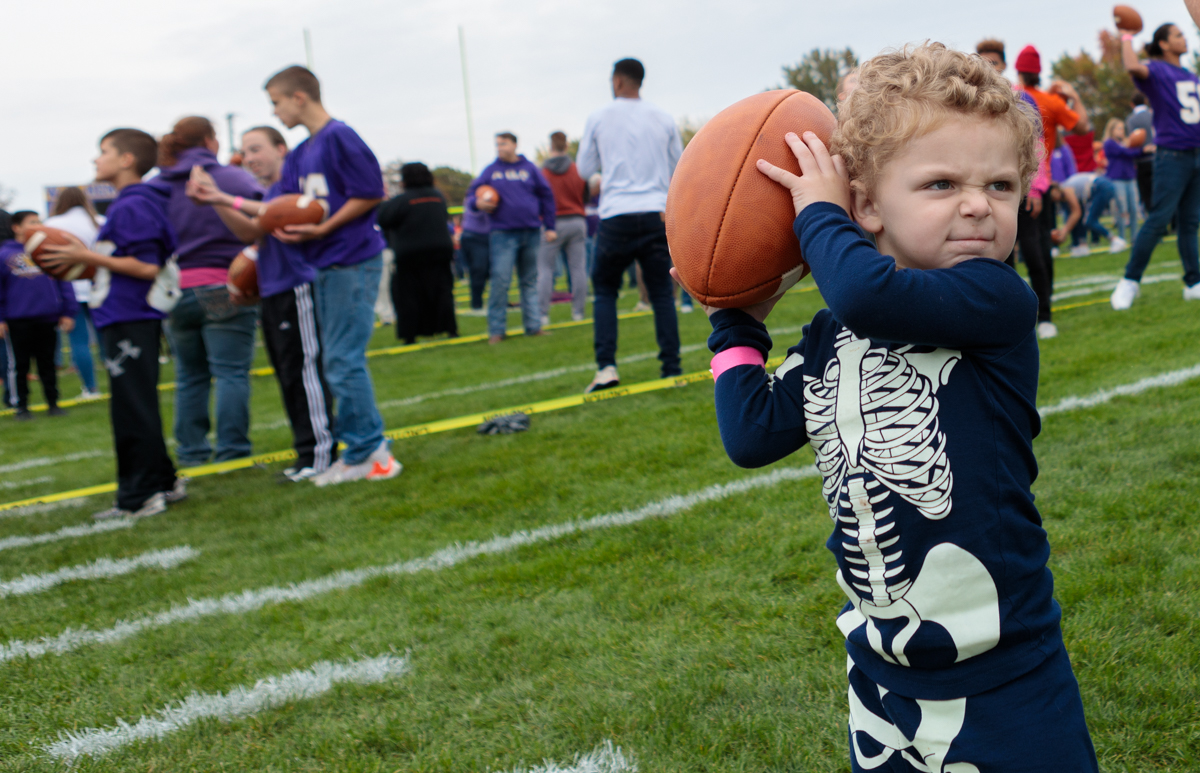 Students from Ohio Northern University joined Ada community members and students from Ada Schools at Ada War Memorial Stadium to attempt to set a world record for the number of individuals tossing footballs at the same time.

"Assignment to photograph the breaking of a world record or final moments of Super Bowl LXXIX?" — T. Jones 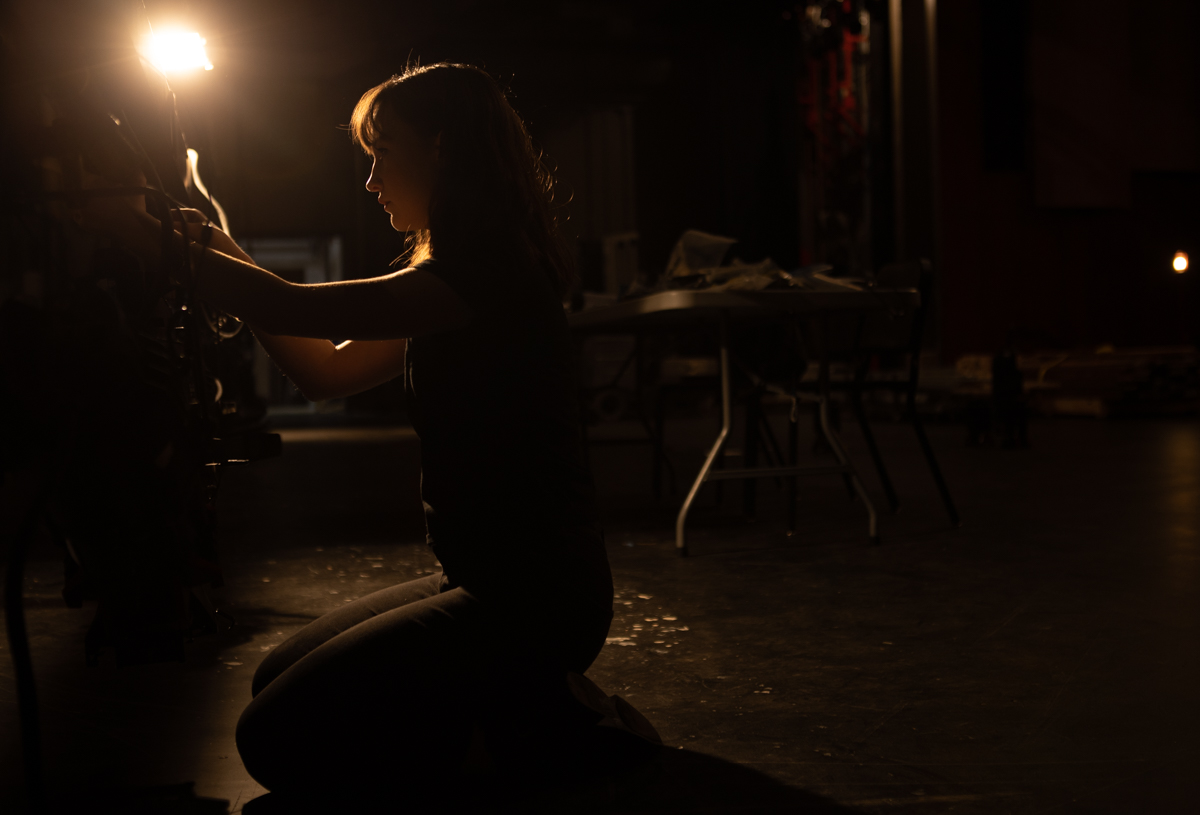 Freshman Payton Nielsen works on the Freed Center for the Performing Arts stage and hangs lights for the 25th anniversary of the ONU Holiday Spectacular.

"One of my favorite assignments this year was making photos of the annual ONU Holiday Spectacular. It's amazing how many talented people work on this show to make it happen." — T. Jones 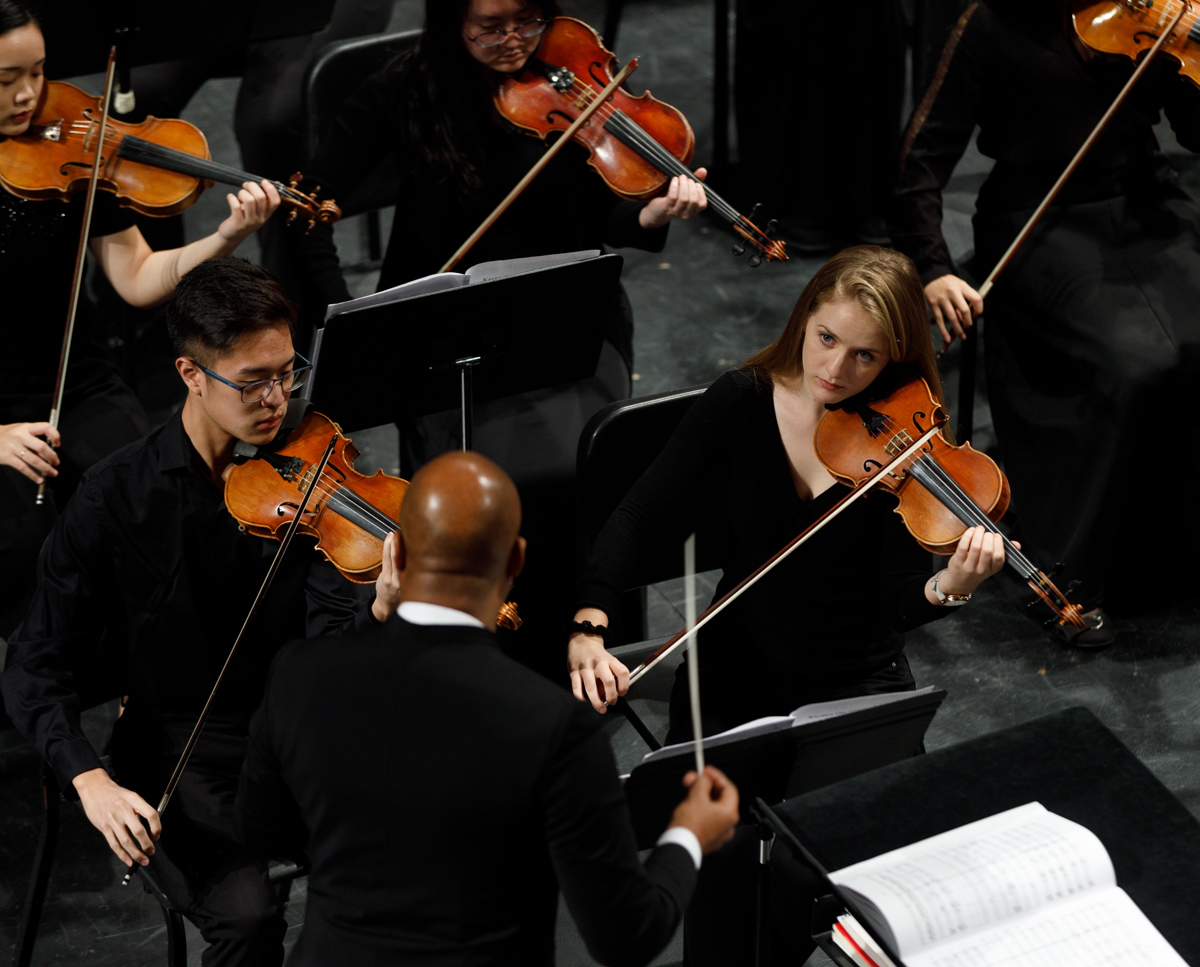 Members of the Ohio Northern Symphony play at the Freed Center for the Performing Arts.

"Working for the University allows me the privilege of seeing performances from unusual spots. Being above the stage allowed me a clear view of performers." — T. Jones 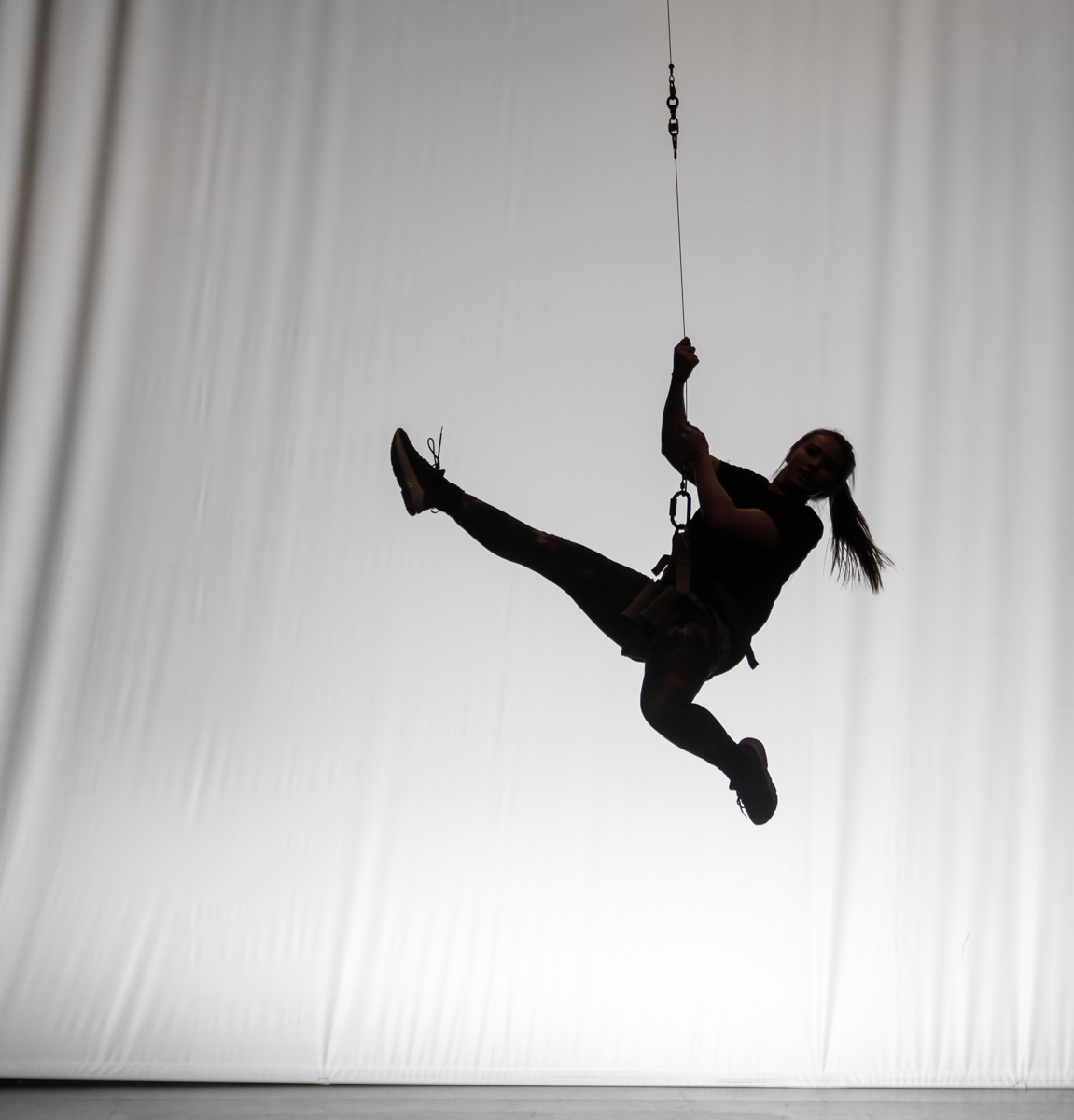 Ohio Northern University freshman Juliana Tate rehearses her routine at the Freed Center for the Performing Arts. Theatre students and members of the University community were led in the weekend workshop by flying directors from ZFX Flying Effects.

"It's not often that I get to light the stage at the Freed Center, but this training and rehearsal gave me a wonderful opportunity." — T. Jones 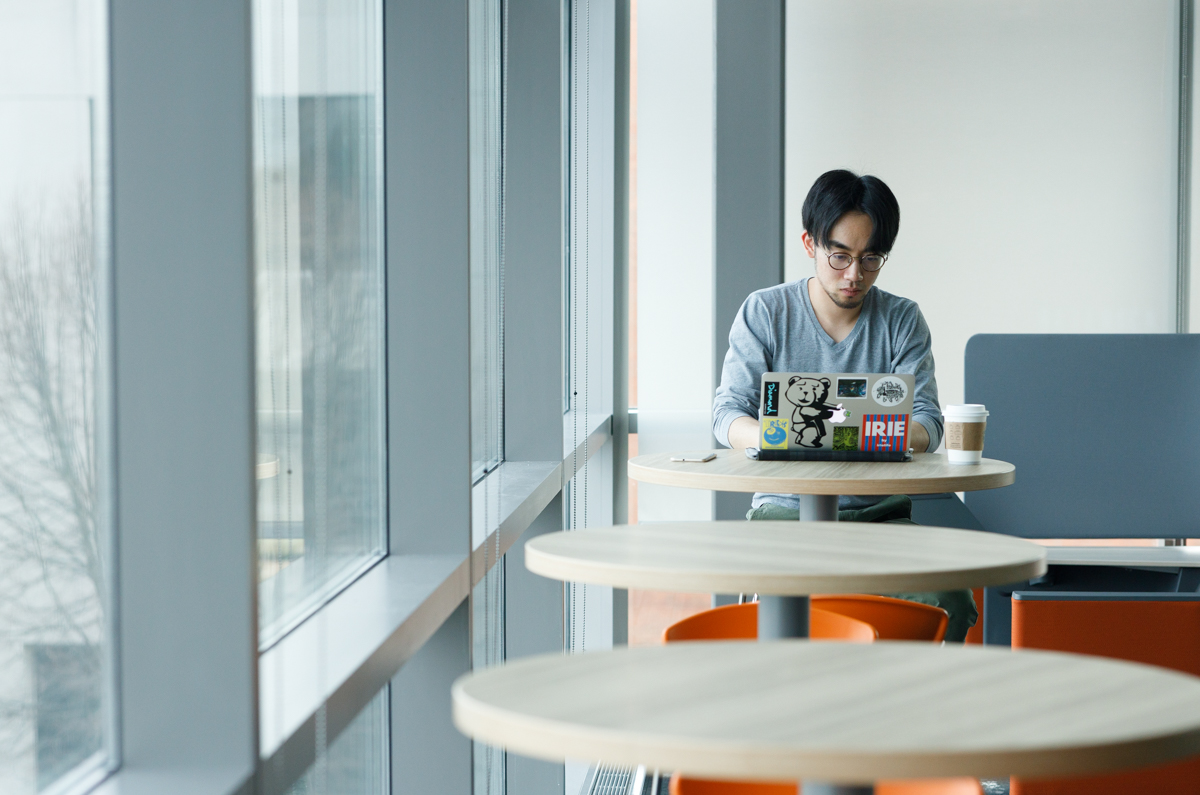 "I love big events, but my own university experience was filled with quiet moments like this, and I try to capture those when I find them." — T. Jones 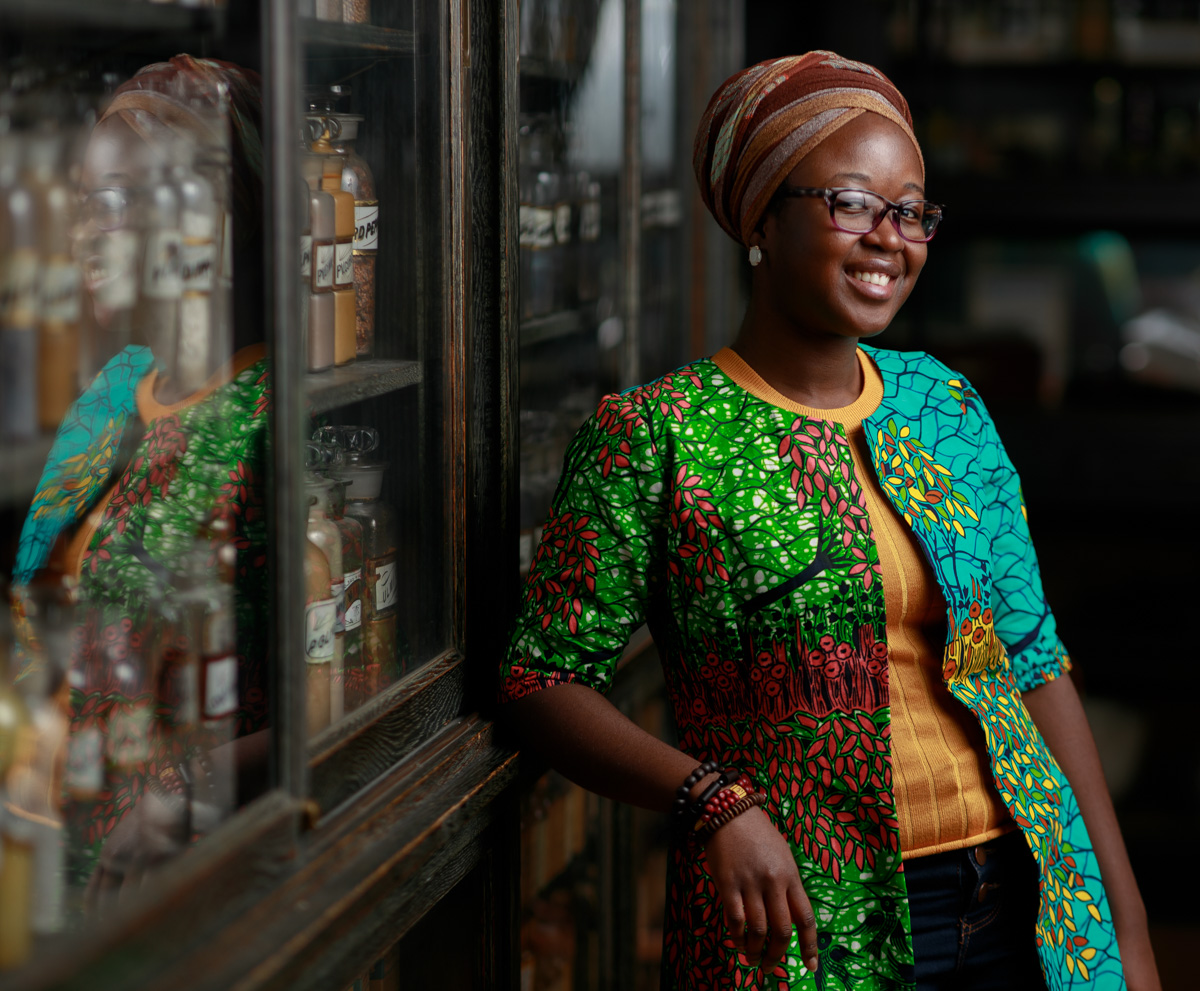 "Students, staff or faculty often ask me, "What should I wear?" I wish I could take credit for what future Dr. Seidu has on. I picked the location and she knew how to stand out in the pharmacy museum." — T. Jones 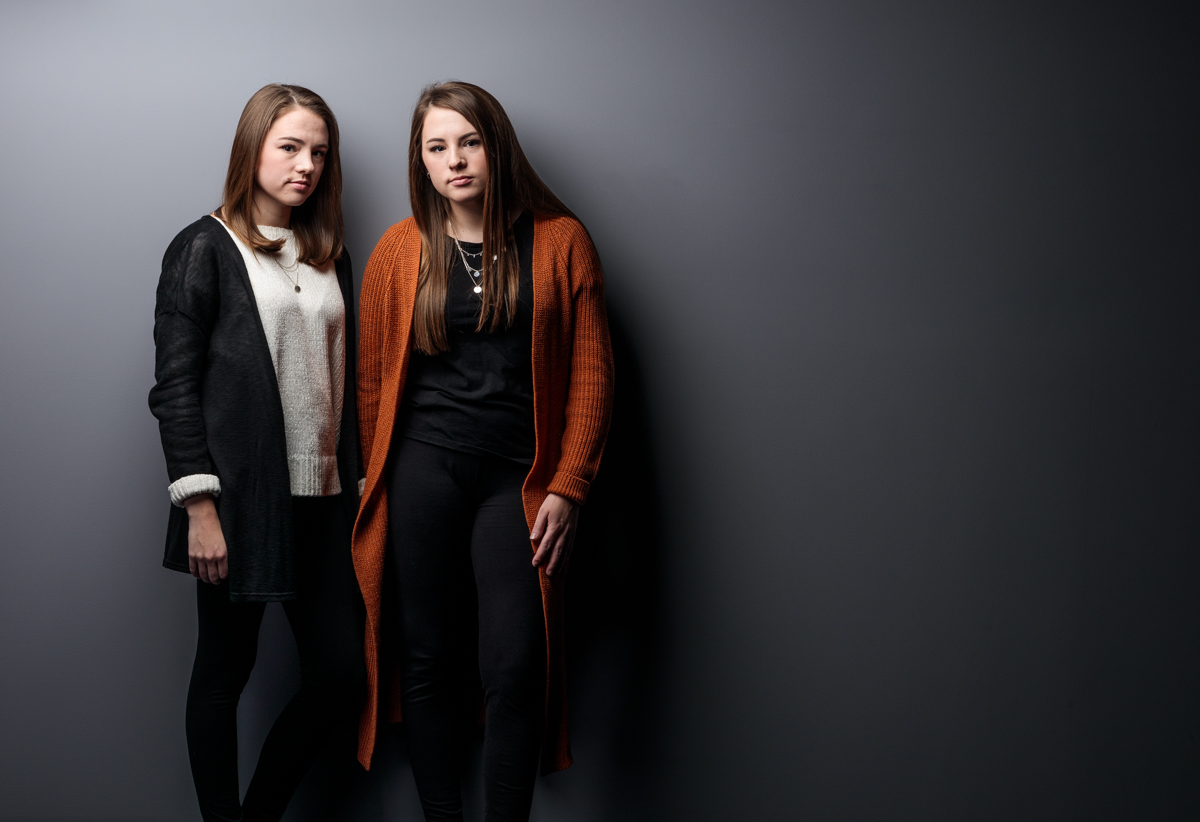 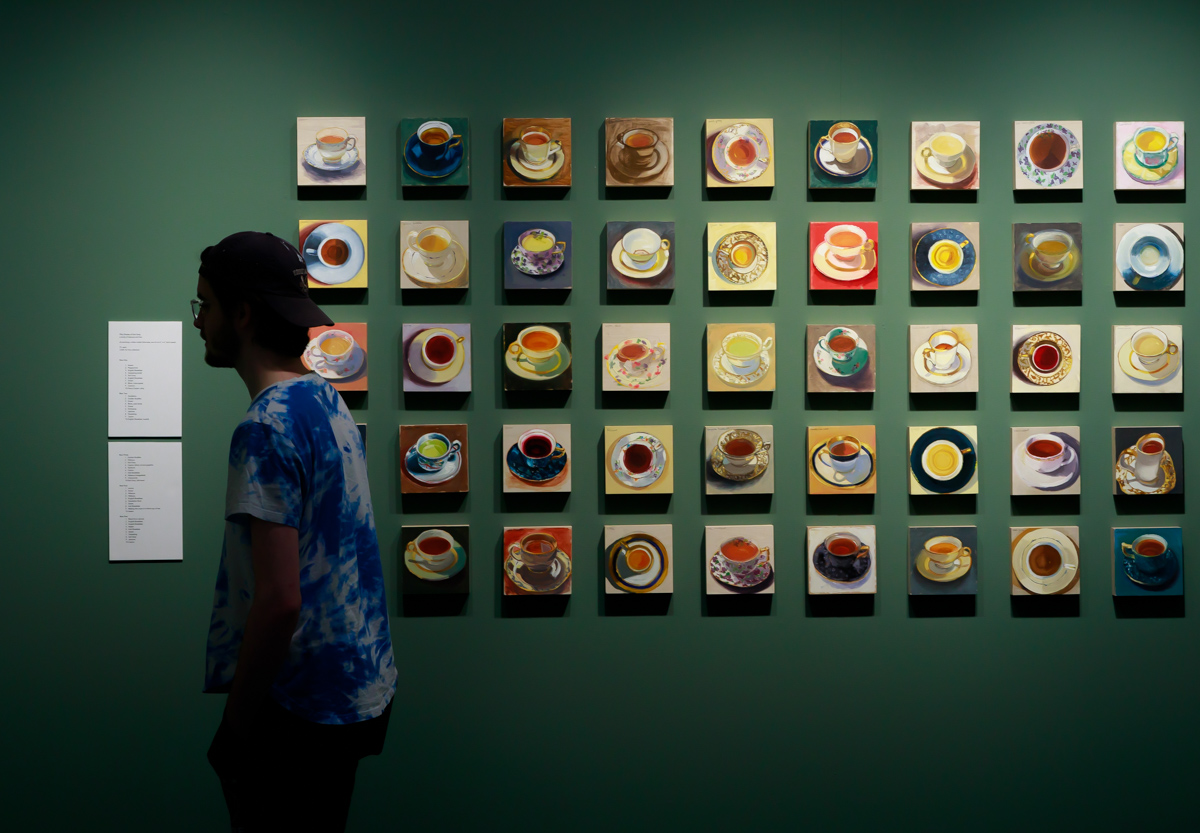 Senior Andrew Wiggins observes "Fifty Shades of Earl Grey: A Study of Teacups and Tea" from Ohio Northern associate professor of art Melissa Eddings-Mancuso. Work from the Ohio Northern University Department of Art & Design faculty was on display in the Elzay Gallery of Art in the Wilson Art Center until Feb. 28.

"The art of Eddings-Mancuso looked amazing and was so well displayed. The only thing I did was wait for someone to walk past." — T. Jones 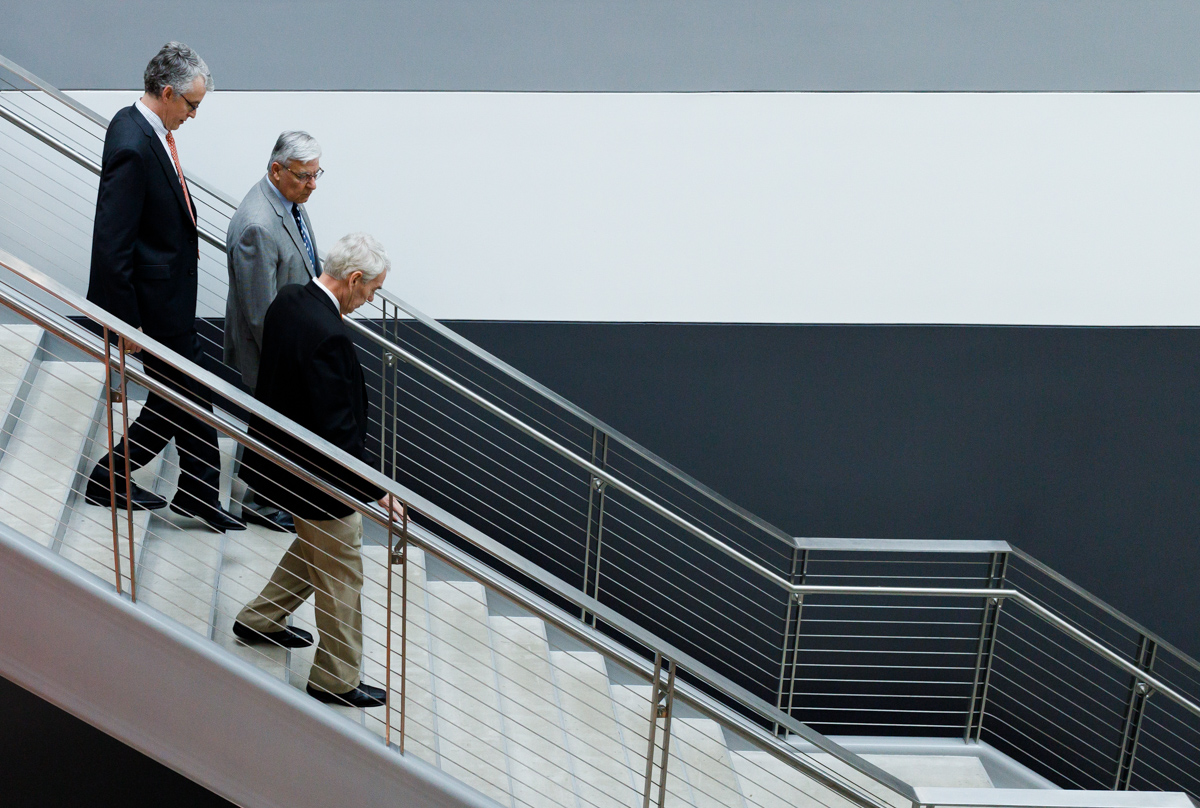 "Our new engineering building has such visually strong lines, and it's fun to find moments like this behind the scenes during a meeting of University and state government leadership." — T. Jones 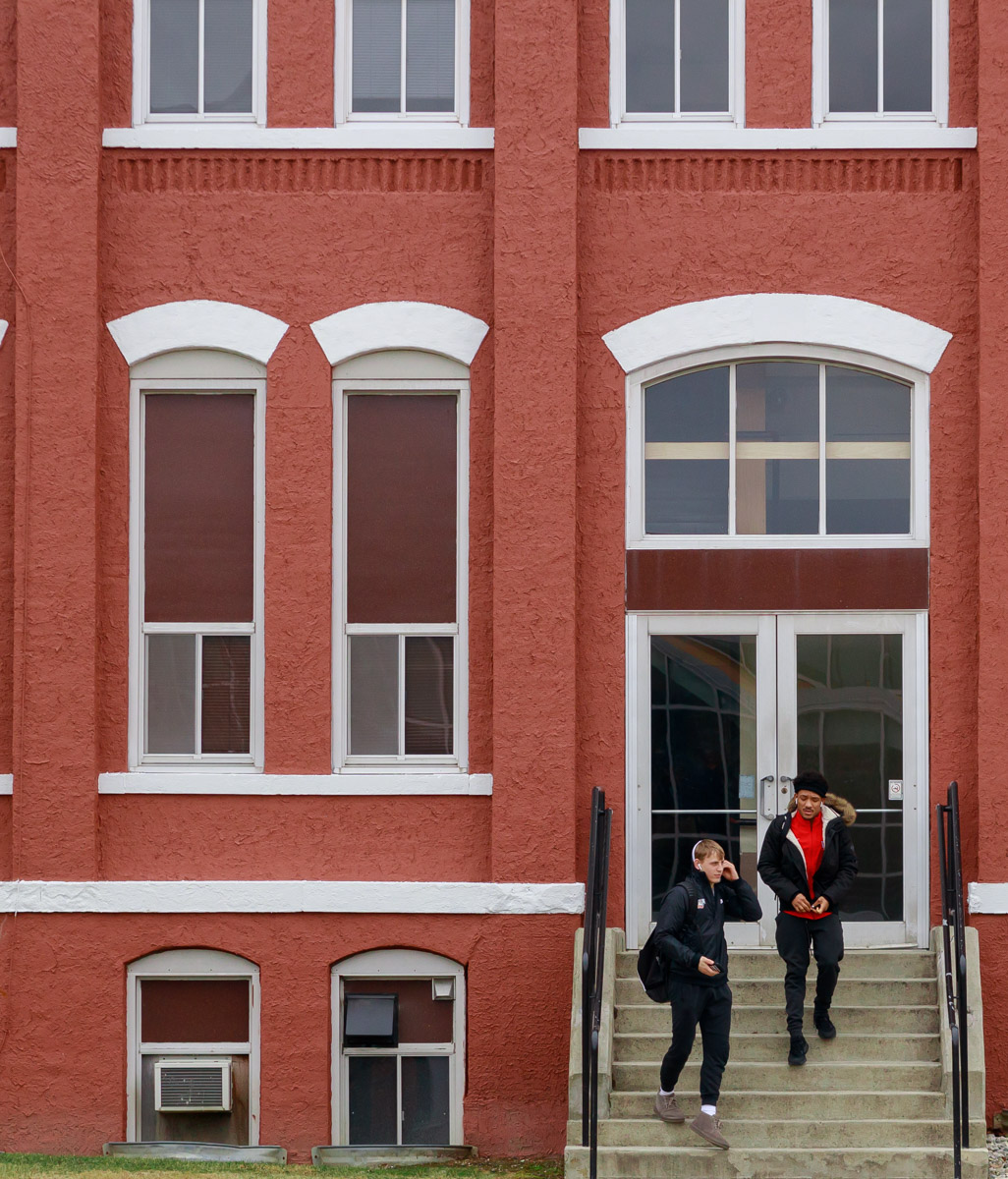 "It's easy to make a photo that lets you know exactly what campus you are on when we have such iconic buildings." — T. Jones 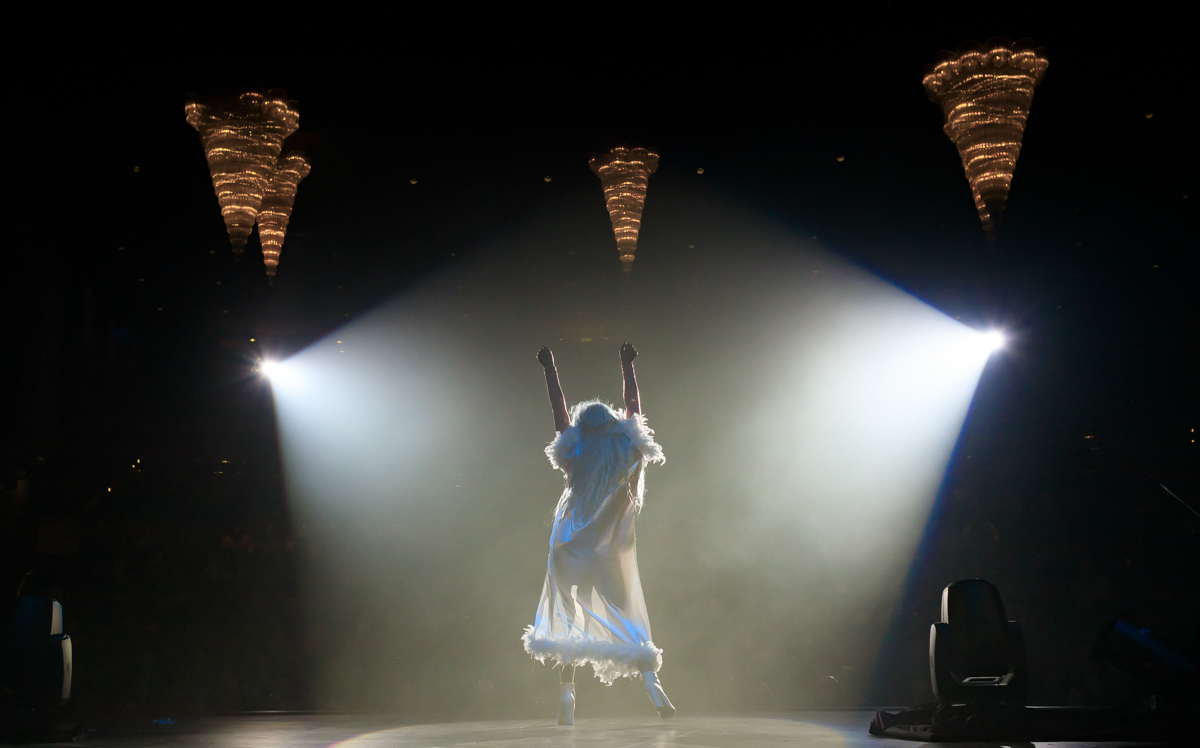 "I was so happy to hear that Open Doors had outgrown the McIntosh Center. This is such a great event for a great cause and should be witnessed by as many people as possible." — T. Jones