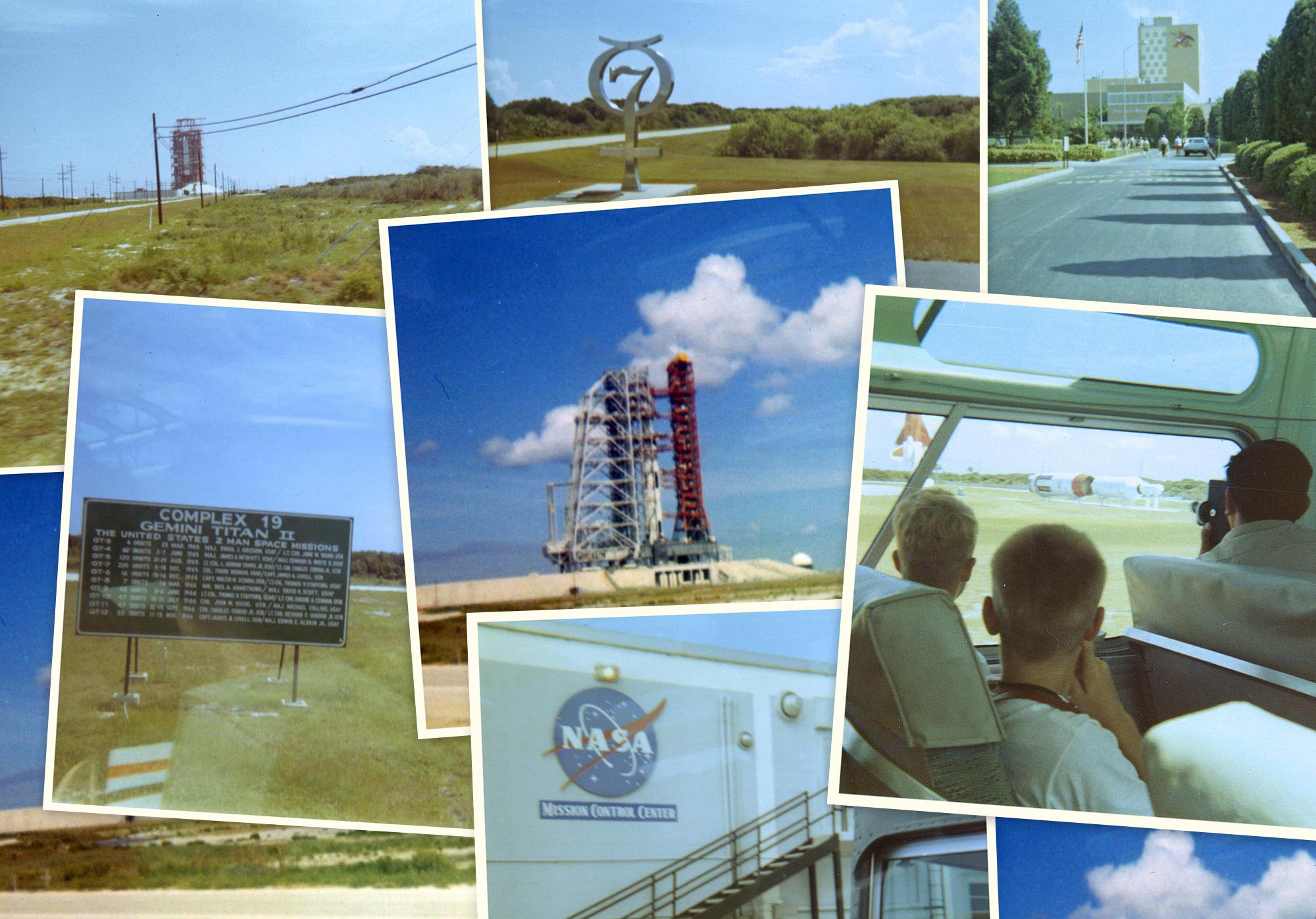 FIFTY YEARS AGO, ENGINEERING PROFESSOR DR. JED MARQUART VISITED CAPE KENNEDY AND SAW APOLLO 11 BEFORE IT FLEW TO THE MOON.

As Ohioans, we are allowed to feel a special connection to the space race of the 1960s. John Glenn, an original Mercury Seven astronaut and the first American to orbit the Earth, is from Cambridge, Ohio. On July 20, 1969, Wapakoneta native Neil Armstrong walked on the moon after riding Apollo 11 all the way into history. So when a young Ohioan named Jed Marquart, BSME '80, toured NASA’s Cape Kennedy mere days before the most famous space launch of all time, it’s easy to see why it made a lasting impact.

I turned 11 years old in May 1969. Growing up on a farm outside of Bluffton, Ohio, like most kids who grew up during that time period, I was enthralled with the space race. I played with toy rockets and model airplanes, and I dreamed of being an astronaut and working for NASA.

That summer, my family went on our annual camping vacation – that year to Florida. We saw many sites along the way, including Busch Gardens and Silver Springs. I even broke my nose in a swimming pool accident, but that is another story. By far the most exciting event for me was when my parents decided we should tour Cape Kennedy. As a child who only saw rockets on television, I never dreamed that I could see one in real life.

The tour provided us with incredible access to America’s space program. We got to see mission control and actually walk through the vehicle assembly building, in addition to many other incredible locations at the space center. Then, we boarded a bus that brought us to launch pad 39A, upon which the Apollo 11 rocket was already standing, awaiting its place in history as the rocket that would land the first men on the moon. I took several pictures of the rocket complex through the window of the tour bus.

When we arrived back home from the vacation, we watched the launch on television and followed the mission as it progressed. When the lunar landing occurred, our family was huddled around our black-and-white TV. Due to the delay between the landing and the first steps on the moon, my brother and I fell asleep on the floor in front of the TV. Our parents woke us up when Neil Armstrong was preparing to exit the lander. What a great feeling it was to observe that historic occasion.

I never did become an astronaut, but I did obtain a Ph.D. in aerospace engineering from the University of Dayton, after receiving a Bachelor of Science in mechanical engineering from Ohio Northern. I worked for several years at Wright-Patterson Air Force Base, spent a summer on a faculty fellowship at NASA Marshall Space Flight Center, and continue to work with both NASA and the U.S. Air Force, while teaching in the mechanical engineering department here at ONU. I am the faculty advisor for the American Institute of Aeronautics and Astronautics (AIAA) student chapter at ONU, and I am an Associate Fellow of the AIAA. I am the advisor for the Society of Automotive Engineers Aero Design Competition at ONU. I am honored to be able to function in all of these roles, and I’m privileged to live out my childhood dreams every day.

I also have the amazing task of encouraging and developing the future aerospace and STEM workforce for our nation as the director of the NASA Ohio Space Grant Consortium. It is exciting to see our young people catching the excitement and becoming involved in what is currently happening in our aerospace programs as we look forward to permanent habitation of the moon and ventures well beyond the moon, including missions to Mars and beyond.

As we celebrate the 50-year anniversary of the Apollo 11 mission, I look back on just what that family vacation meant to me. I am sure that my early experience with that particular mission was a great boost to my aerospace interests and my career. I am very thankful to my parents, who took the time to take our family on that trip to Florida and also encourage my interests by touring the space center. It made all the difference in the world to me.

Marquart’s passion for space led to the creation of ONU’s aerospace engineering concentration, which students can pursue alongside their major program in engineering. The courses required for the concentration help students learn a number of fundamental skills used in the aerospace industry. Students are introduced to aircraft design, advanced thermodynamics, computational fluid dynamics and finite element analysis. They participate in the ONU chapter of the American Institute of Aeronautics and Astronautics (AIAA), compete in the annual SAE Aero Design Competition, and tackle a senior capstone project sponsored by the Air Force Research Labs at Wright-Patterson Air Force Base or NASA Glenn Research Center. Earning an aerospace concentration gives students who wish to enter the field upon graduation or apply to graduate programs an added layer of experience on top of a well-rounded, comprehensive engineering education.