Trump is vulnerable in Ohio if Democrats raise right issues and candidate, according to ‘Northern Poll’ results 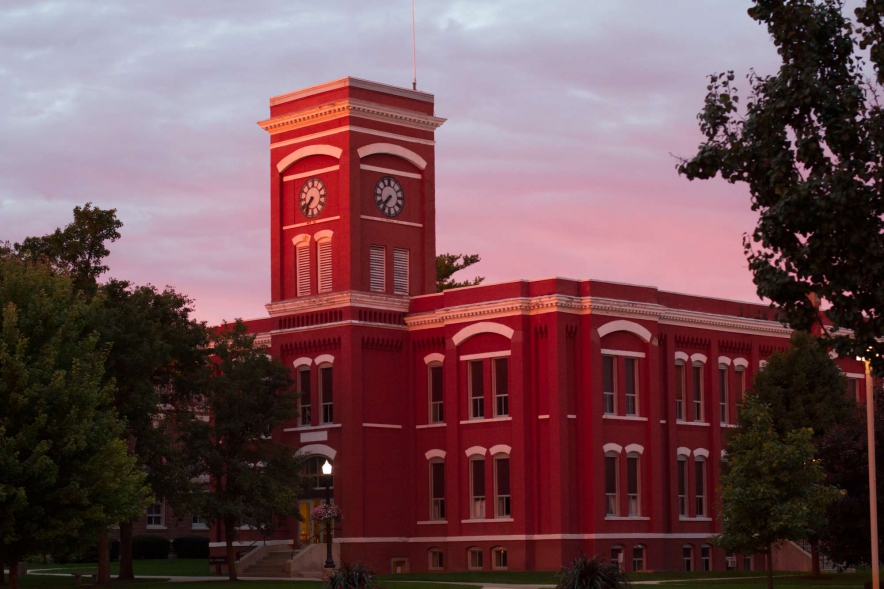 Ohio is a toss-up for the 2020 presidential election, and the Democrats have a good chance to take the pivotal state if they can focus on the right issues and put forward the right candidate. Those are among the findings of the recent “Northern Poll” conducted by Ohio Northern University.

The online poll surveyed 1,505 registered Ohio voters between April 5 and April 10 with a margin of error of 2.7 percent. It was conducted by ONU students under the tutelage of Robert Alexander, professor of political science, and was funded, in part, by Pi Sigma Alpha, the national political science honor society.

According to results of the poll, President Donald Trump is not popular in Ohio despite winning the state with 51.7 percent of the vote in 2016, compared to 43.6 percent for Hillary Clinton. (Libertarian Gary Johnson won 3.2 percent.)

The recent Northern Poll shows that 50 percent of Ohioans are dissatisfied with how Trump is handling his job as president, compared to 35 percent being satisfied and 15 percent who are neutral. Outside of his party, Trump is especially vulnerable. While 71 percent of Republicans polled are satisfied with Trump’s performance, only 5 percent of Democrats and 23 percent of independent voters feel favorably toward the commander in chief.

Even within the GOP, Trump’s support is measured, with 36 percent of Republicans preferring that another Republican candidate challenge Trump in the primary. Former Ohio Gov. John Kasich is the top choice as a challenger.

“The data from this poll suggest that Trump has a drag in Ohio, which is critical to his retaining the presidency,” Alexander said. “While many are putting the state in Trump’s win column for 2020, it seems that is premature. His approval/disapproval ratings are especially stunning, given the state’s relatively healthy economy, which is usually a president’s best ally in terms of popularity. Unless perceptions of Trump improve dramatically, Ohio will once again be a purple state in 2020. Democrats should focus on the issues that are most important to voters, such as health care and the economy, and put forward a candidate who Democrats can rally behind but who is also seen as credible to more moderate voters. Right now, it appears independent voters are looking for an alternative, and they are ripe for the picking for Democratic strategists.”

Concerns over Trump’s credibility will to cast a dark shadow over his reelection bid heading into 2020 with Ohio voters.

“The survey indicates that a plurality of voters looks at the Mueller report favorably, and this poll was taken before the release of the full report. My sense is that the credibility of the report has probably grown some since then, which will likely add to concerns over Trump’s leadership. So, although Trump dodged collusion charges from the report, his already-damaged image may have taken some more hits.”

A PDF of the report is available here.