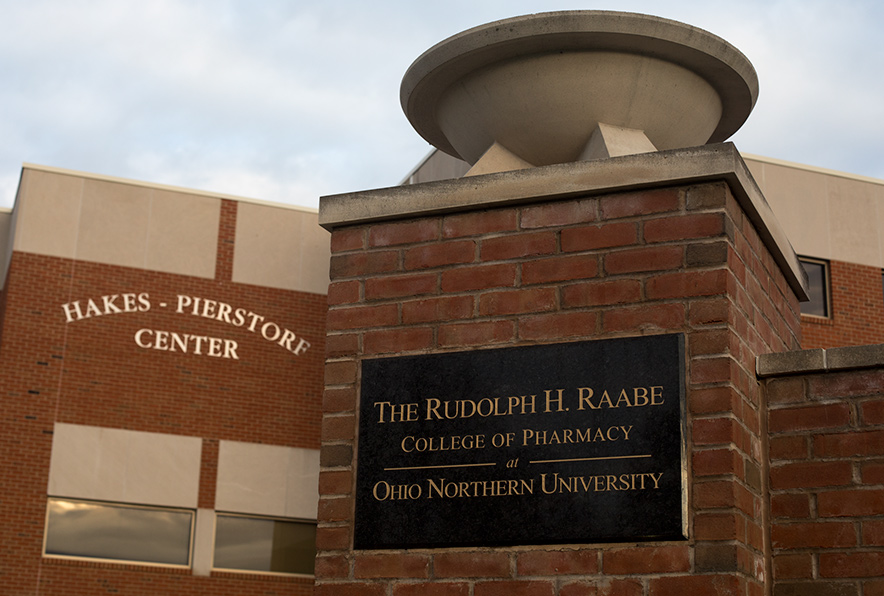 The establishment of the Richard L. Senff Memorial Pharmacy Scholarship Fund at Ohio Northern University will continue the Senff family’s legacy of service to Wayne County and their alma mater.

The scholarship fund is named in honor of the late Richard L. Senff of Wooster, Ohio, who passed away in March 2016. Both Richard, who graduated from ONU’s Raabe College of Pharmacy in 1965, and his father, Donald, a 1936 graduate, are Ohio Northern alumni. The endowment was established by Richard’s widow, Vicky.

The scholarship is awarded annually to a continuing student from Wayne County with strong academic credentials. The first recipient is Nicki McElroy, a fifth-year student from Wooster who graduated from Wooster High School. McElroy is vice president of the Student National Pharmaceutical Association and has been a member of Zeta Tau Alpha sorority.

Richard, a Wooster High School graduate, enlisted in the Navy after graduating from ONU in 1965. He served two tours of duty in Vietnam, one on a destroyer and the second on an ammunitions ship. After returning home from the service, Richard became the third-generation member of his family to join S.H. Boyd & Company, following in the footsteps of his grandfather, Phillip Senff, and his father.

Richard was the sole owner of the pharmacy until it closed in December 2000, at which time he and his wife, Vicky, donated a number of the store’s antiques to The Pierstorf Pharmacy Museum at Ohio Northern.

Beyond his professional pursuits, Richard was engaged in his community. He was active in the Boy Scouts; a member of the Masonic Lodge and the Scottish Rite, Ohio Pharmaceutical Association, and the Isaak Walton League; involved with the Ohio Agricultural Research Development Center; and a senior partner at the Wooster Community Hospital. He also was a life member of Trinity United Church of Christ.

Vicky devoted her career to serving the special needs of students in Wayne, Holmes and Ashland counties for more than 30 years, closing her career as a special education field supervisor at Ashland University. Vicky earned her bachelor’s degree from Kent State University and her master’s degree from Grand Canyon University in Phoenix. Ariz.

“We are grateful to the Senff family members for their long-time support of Ohio Northern University,” ONU Vice President for Advancement Shannon Spencer said. “This scholarship fund is an appropriate testament to the impact they continue to have by making a high-quality ONU educational experience more readily accessible to talented, hard-working students from Wayne County.”