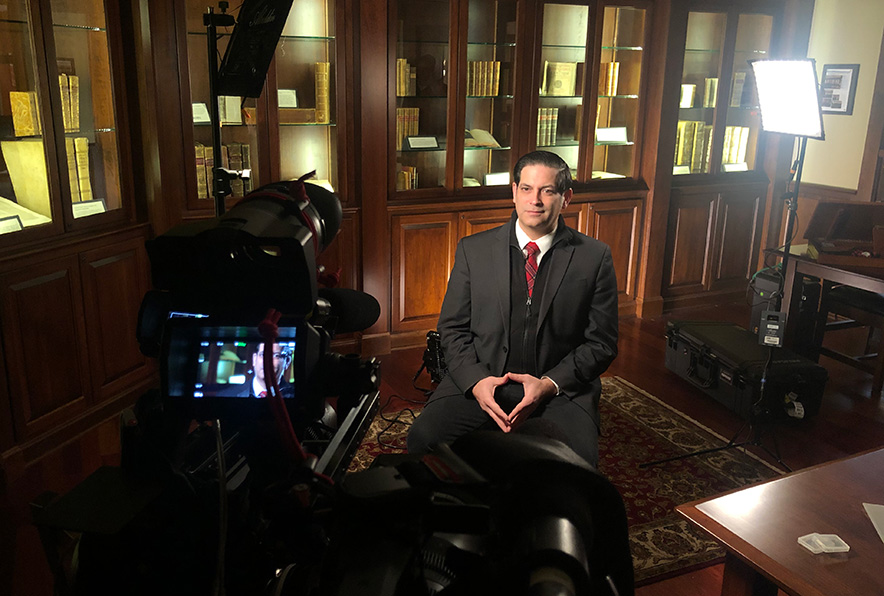 On Aug. 15 at 10 p.m. ET, CNN is set to air a new documentary titled “Count on Controversy: Inside the Electoral College,” with Dr. Robert Alexander, professor of political science and director of the ONU Institute for Civics and Public Policy, making an appearance as an expert on the Electoral College.

Alexander noted, “When we began studying presidential electors, I told students that ONU could become the place to go to for information on these mysterious figures because so little was known about them. Thanks to multiple cohorts of amazing students, that has become the case – from the Supreme Court to the CNN documentary. It is so satisfying to see Ohio Northern featured so prominently on the national stage.”

The Electoral College was written into the United States Constitution in 1787. According to Alexander, it is one of the most controversial features of American government, having faced nearly 800 efforts to amend or abolish it since its inception. Recently, the ire directed at the Electoral College is due to it electing a president who failed to win the nation’s popular vote, something that has occurred four times in U.S. history, but twice in the past 20 years.

In addition to his upcoming appearance on the network, Alexander has also written op-eds for USA Today and CNN.com, and has contributed to “The Philadelphia Inquirer,” Cleveland’s “The Plain Dealer,” and Toledo’s “The Blade.” He has appeared on C-SPAN, MSNBC and NPR and was a regular contributor to “The Huffington Post” during the 2016 primary season.

Alexander’s work studying the 2020 presidential election began in January with his involvement with the Great Lakes Poll. The collaboration between Ohio Northern University, Baldwin Wallace University and Oakland University was directed at registered voters in Ohio, Michigan, Pennsylvania and Wisconsin to gauge the perceptions of Midwesterners on timely issues and concerns in the political and public policy spheres.

The ONU Institute for Civics and Public Policy (ICAPP) is a non-partisan, education-based community of scholars dedicated to conducting high-quality research to support civic literacy and an informed understanding of public policies with a focus on those issues affecting citizens in the industrial Midwest. The primary goal of ICAPP is to align the diverse strengths of ONU’s academic programs and faculty expertise to give students new opportunities to do meaningful work, such as collaborating with outside groups to conduct public polling, writing policy briefs, producing educational videos, engaging in high-quality research and sponsoring campus events.