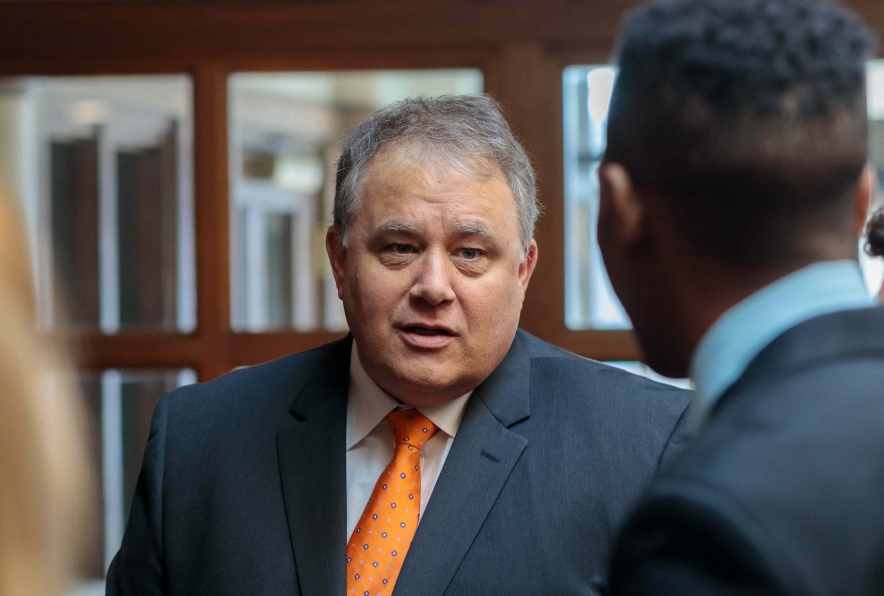 The statement, dated Tuesday, Jan. 12, calls the insurrection “an assault on our democracy and the rule of law” and maintains that, despite their diversity in political viewpoints, this “is such a moment” that called for law deans to “speak as one.”

“The effort to disrupt the certification of a free and fair election was a betrayal of the core values that undergird our Constitution. Lives were lost, the seat of democracy was desecrated, and our country was shamed,” the statement continues. It also criticizes lawyers who chose to challenge the outcome of a fair election “with claims that they did not support with facts or evidence.”

The deans emphasize their obligation as educators responsible for teaching the next generation of legal practitioners and leaders. They pledge to work toward a sustained effort to uphold “the core values of our profession” and maintaining the rule of law. They also appeal to “all members of the legal profession to join us in the vital work ahead.”

Rose, whose name is listed on the first page of the signature list, says a unified public announcement was essential for preserving the legal profession’s current and future standing as a juridical, ethical and trustworthy institution. Integrity is at stake, he says.

“It was imperative that the deans take this step given our core mission of preserving the rule of law,” says Rose. “The events that happened earlier this month are historic, and the assault on the rule of law has never been greater.”

“We must never forget that we are a nation founded through law, and it is by the rule of law that we give the gift of freedom to this and future generations,” Rose says. “If we ever lost that, it’s only a question of when, not if, the republic follows.”

President Daniel A. DiBiasio says he supports ONU’s statement inclusion “because it reflects the University’s values.”

“The Pettit College of Law, led by outstanding faculty and staff who are dedicated to teaching and upholding our country’s sacred legal fundamentals, exemplifies our entire University’s ethos,” says DiBiasio. “We believe in, practice and promote our country’s jurisprudent standards, which are community and service-centered essentials.”

Rose previously served as professor of law and director of the Center for Excellence in Advocacy at Stetson University’s College of Law in Gulfport, Fla. Prior to joining the Stetson faculty in 2005, Rose spent 20 years on active duty in the Army. He served as a linguist, intelligence officer and judge advocate. His primary scholarly interest focuses on advocacy persuasion techniques, and he teaches and researches in the areas of advocacy, criminal procedure, military law, evidence and professional ethics. Rose earned his bachelor’s degree from Indiana University at South Bend and his JD from Notre Dame Law School. He also earned an LLM from the Judge Advocate General’s School, United States Army.