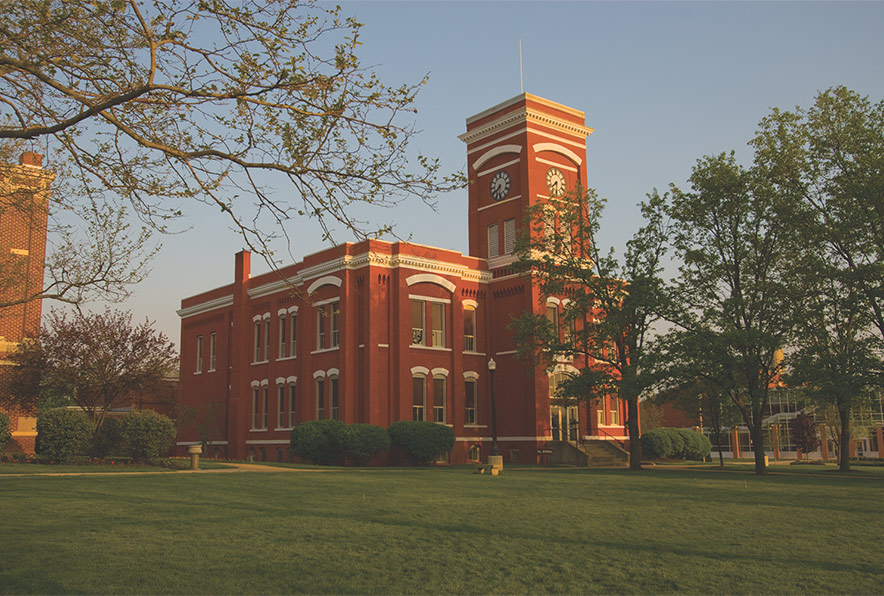 Ohio Northern University faculty members Keith Durkin and Tristin Kilgallon, along with county court official Wade Melton, have authored a paper that examines the impact of the drug problem on Hardin County. The paper, “The perfect storm: The prevalence of co-occurring mental disorders in a sample of heroin users participating in a rural family drug court,” is scheduled for publication in the International Journal of Criminal Justice Sciences.

Durkin is an ONU professor of sociology, Kilgallon is an ONU assistant professor of criminal justice, and Melton is director of programs for the Hardin County Court of Common Pleas, Juvenile Division.

The paper is the result of a study the trio conducted of the Hardin County Family Recovery Court and delves into the causes of heroin abuse, the impact it has on families and possible future actions to address the crisis. The paper examined the cases of 49 parents with a history of heroin use who were participants in a family drug court.

Unfortunately, Hardin County fits the profile for the growth of the opioid epidemic, with 31,500 residents in a rural setting, where the per capita income lags behind the statewide and national averages. In the past, the paper states, addicts tended to live in urban areas and were often minorities. Today, the typical opioid abuser is white and resides in a rural region.

For the ONU faculty members, who are both natives of eastern Pennsylvania but now call Hardin County home, this pursuit is personal.

“As a former law-enforcement officer in Philadelphia, I have seen how opioid abuse ends, and it is not pretty,” Kilgallon said. “I have seen close friends turn to heroin, including two brothers I grew up with and a girl who lived next door to me who turned to prostitution to fuel her heroin addiction. I once arrested her and did not recognize her because of the physical damage done by heroin. Now that I have lived in Ohio for more than 10 years and raise my children here, I have a vested interest in ensuring that what I experienced in Philly does not repeat itself here.”

Durkin said, “I grew up with some folks who died from opioid overdoses and, as a criminologist, I know heroin use never ends well. Seeing it happen in the community where I live is troubling because I know it will lead to tragedy, and there will be plenty of collateral damage with the friends and families of the drug abusers.”

As the paper notes, family drug courts show great promise in dealing with substance abuse by parents and challenges that are then created for the child welfare system while parents are struggling with addiction. However, the current opioid epidemic presents new issues that are a special challenge for these courts.

When parents are in treatment or incarcerated because of drug abuse, it impacts others, especially their children. Of the 49 individuals whose cases were studied for the paper, they were the parents of more than 100 children. These youths also become victims, as their mothers and/or fathers are unable to offer the parental direction children need, and drug-use eventually makes many users unemployable. In fact, 80 percent of those in the study were unemployed, and only 11 percent were able to work full-time.

“This study is the first of its kind in terms of looking at heroin users in family drug court, especially in a rural area, and these types of areas often do not have the resources of larger areas to address the situation,” Durkin said. “I fear we are creating a generational cycle. There is a lot of hopelessness.”

“In many ways, it is a perfect storm in which the drug abuse severely modifies brain-functioning and overrules the individuals’ parenting instincts,” Durkin said. “This scenario, which we see playing out too often, can devastate families.”

Mental disorders are a recurring theme. In developing the paper, the authors found that three-fourths of the individuals whose cases they studied have symptoms of at least one mental disorder. The most common conditions were mood disorders, including depression, which were experienced by more than two-thirds of the sample participants.

As the paper points out, the abuse of opioids represents an unprecedented public health crisis in the United States. Drug overdoses are now the leading cause of accidental death in the nation. Between 2000 and 2014, there was a 137 percent increase in drug-poisoning deaths nationwide, and opioids were responsible for the vast majority of the approximately 64,000 overdose deaths recorded in 2016, according to the researchers.

According to the paper, Ohio had the highest death rate from heroin overdoses in the country in 2015, and drug overdoses resulted in the deaths of 4,050 Ohio residents in 2016. In fact, the number of deaths attributed to drug overdoses in Ohio increased by a staggering 98 percent between 2010 and 2015. Statewide, drug overdoses now account for 2 1/2 times as many deaths as automobile accidents in Ohio annually.