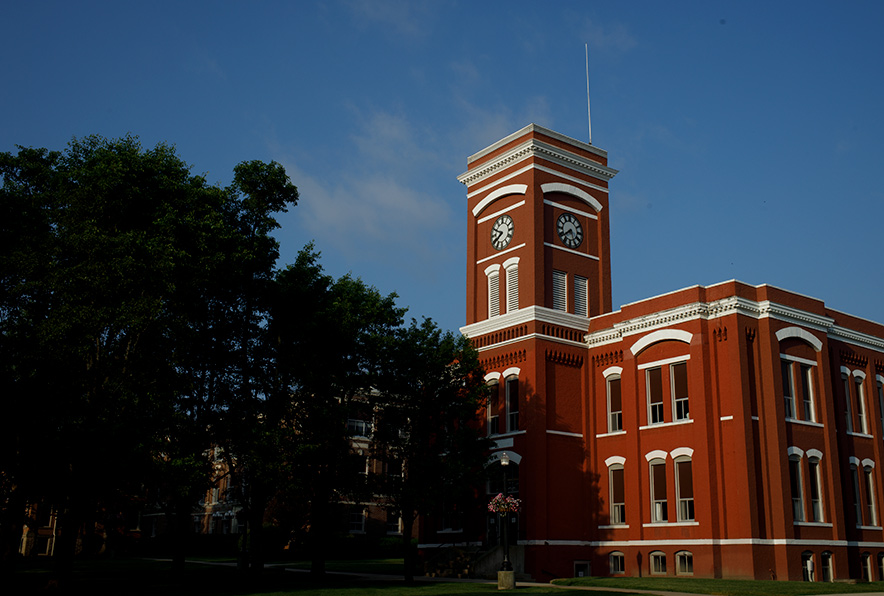 Results from the fourth 2020 Baldwin Wallace University Great Lakes Poll show Democratic presidential nominee Joe Biden leading in Michigan and Wisconsin. The races in Pennsylvania and Ohio are closer, with Biden up five points in Pennsylvania and down two points in Ohio.  Conducted in partnership with Ohio Northern University and Oakland University, the survey gauged the sentiment of self-identified registered, likely voters in Michigan, Ohio, Pennsylvania and Wisconsin on a variety of topics including President Trump’s handling of the pandemic and the economy, the U.S. Supreme Court vacancy, and attitudes toward the Affordable Care Act (ACA) and abortion.

Robert Alexander, ONU professor of political science, is one of the experts heading up the Great Lakes Poll and has been instrumental in the success of the first three surveys, which were released in January, March and September. In this final poll, he analyzed data regarding voting rights and election integrity, finding that the majority of poll-takers are in favor of expanded mail-in and absentee voting options.

TRUMP V. BIDEN - Biden holds a 7-point lead in Michigan, a 6-point lead in Wisconsin and a 5-point lead in Pennsylvania. In Ohio, Biden trails Trump by two points. All results fall within the margin of error with the exception of Michigan. Results suggest Trump’s performance in the first presidential debate didn’t help him, with a plurality of voters saying that Biden won. Few voters are undecided at this point.

Voters in all four states say Biden would do a better job handling the coronavirus and uniting the country, although Ohioans are more closely divided. Ohio voters also narrowly say Trump is the candidate who would better address the protests around the country, while voters in the other three states choose Biden.

Analysis: “Making voting safe and convenient has become a priority with the coronavirus outbreak. A majority of voters would like to have absentee ballot applications mailed to them automatically. And, despite resistance by some election administration officials, two out of three voters would like to see more ballot drop boxes in their communities.” – Robert Alexander, Ohio Northern University

VOTER ENTHUSIASM - About 80% of Democrats and Republicans in the four states are equally enthusiastic to vote in the presidential election compared to 60% of Independents.

Analysis: “As the first few days of early voting showed, people are excited – or at the very least eager – to weigh in on a hotly contested presidential election, as well as recent political events that have affected them directly.” – Dr. Terri L. Towner, Oakland University

SUPREME COURT VACANCY - By a three-point margin, only Ohio voters say Trump and the current U.S. Senate should decide who should fill the current vacancy on the U.S. Supreme Court. By a similarly narrow margin, voters in the other three states say the decision should be left to the winner of the presidential election. About 40% of voters are more motivated to vote based on the issue.

OBAMACARE - With the fate of the Affordable Care Act (also known as “Obamacare”) in the hands of the U.S. Supreme Court just one week after the election, more than half of survey respondents in all states somewhat or strongly support the ACA.

Analysis: “The common thread for the majority of respondents about abortion access and the Affordable Care Act is that health care coverage is important and that government should not restrict a woman’s access to reproductive health services.” - Dr. Tom Sutton, Baldwin Wallace University

METHODOLOGY, QUESTIONS & TOPLINE DATA
The last of four planned 2020 surveys, the BW Great Lakes Poll provides a comparative analysis of voter views in four states that all went for President Obama in 2012 and President Trump in 2016 – three of four by very slim margins.