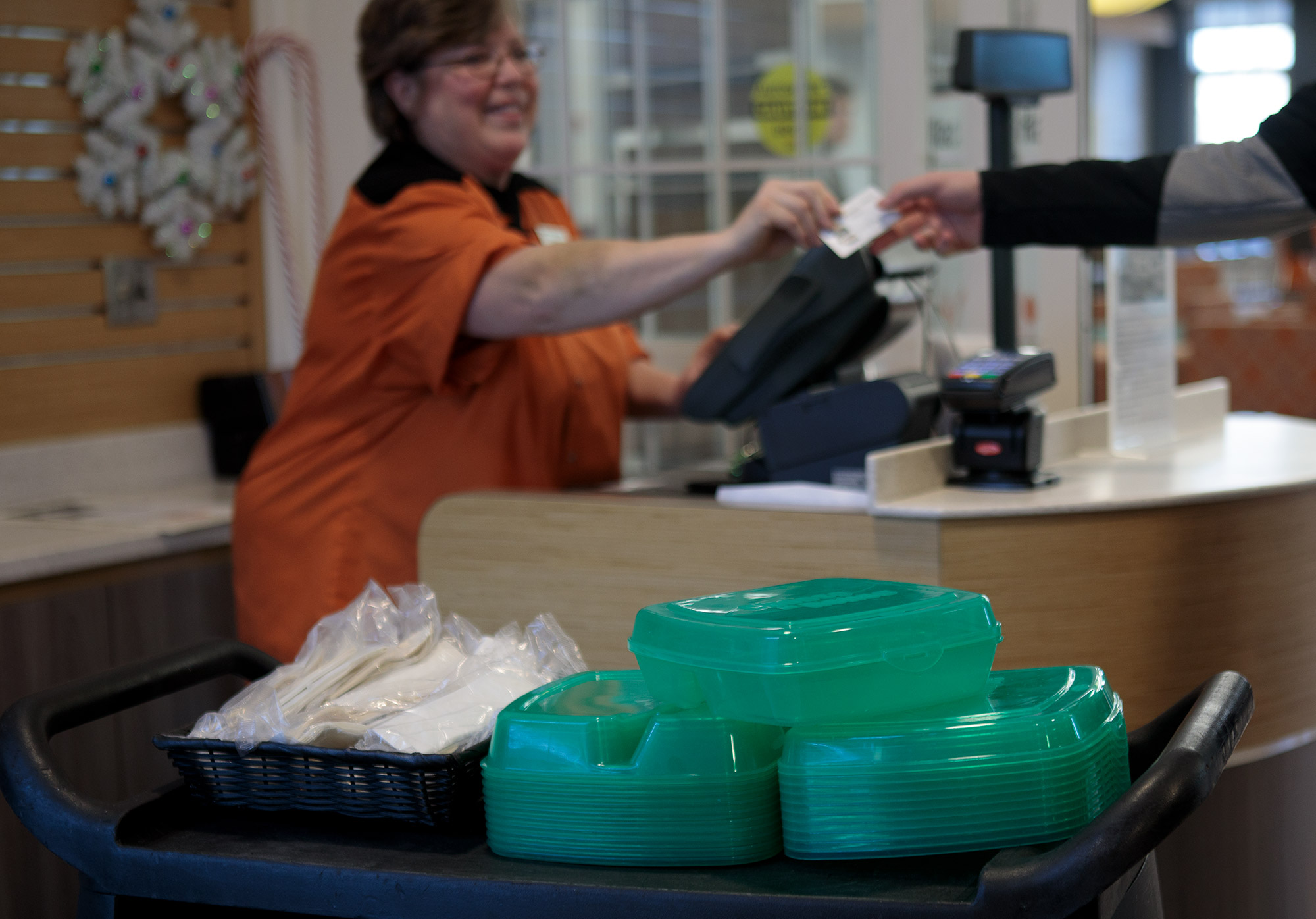 A year after McIntosh Dining Hall’s massive renovation, the way Ohio Northern University students and faculty eat on campus continues to change for the better.

When we think about healing something as large as an entire planet, it may seem counterintuitive to think small. But the way ONU assistant professor of civil and environmental engineering Lauren Logan sees it, if all of us can start with a small change to our behavior when it comes to limiting our waste footprint, together we can make a massive impact toward sustainability.

This was the bottom line of Logan’s recent scholarly article, “Choose to Reuse Program is a Sustainability Win,” for the Environmental & Water Resources Institute quarterly journal EWRI Currents. In the article, she examines Ohio Northern University and Sodexo’s Choose to Reuse to-go dining program. Launched in fall semester 2018, the program facilitates the use of reusable green meal containers for diners to enjoy meals on-the-go from McIntosh Center’s main dining hall. For a one-time opt-in cost of $5, diners receive a container that they can use, return and exchange for a clean one each time they take a meal to-go.

The program came on the heels of a successful to-go program that used disposable paper containers to provide convenient, nutritious meals for students. The program was so successful, in fact, that it became one of those be-careful-what-you-wish-for scenarios when considered from a waste point of view. Logan discovered that in the spring 2018 semester alone, ONU’s Dining Services distributed approximately 1,750 disposable containers each week. 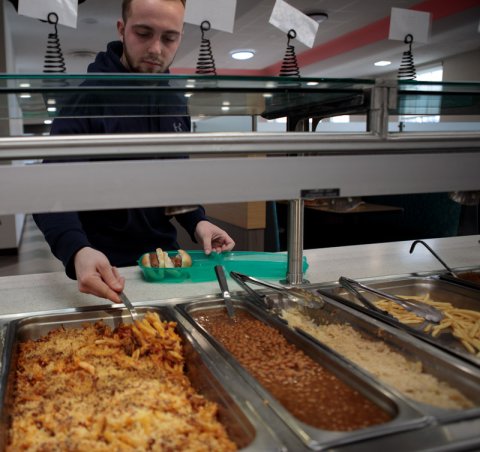 “While very successful with the students in terms of its accessibility, our to-go program was doing quite a bit of damage from an environmental standpoint, which is really what encouraged us to look at this alternative,” says Noah Ristau, general manager for Sodexo at ONU.

Since its introduction, Choose to Reuse has quickly generated significant participation, with an average of 300 containers coming in and going out of the dining hall each day. At the very beginning of the semester, that number was only around 65 per day.

Logan has been a faithful participant in the Choose to Reuse program since discovering it her first week on the job at ONU. She keeps her green container in a dedicated spot in her office, where it’s ready to go the next time she decides to take it to-go.

“I like that it is something that’s working. Typically, we don’t see programs work right away.

So it was kind of interesting, especially to an environmental engineer whose job is to design and build with attention to environmental impact. Some of the most successful things are individuals coming together, changing their behavior for the programs,” she says.

Today, we know that a large source of pollution comes from convenience. Logan’s article cites a report from Recycling Advocates that estimates that waste produced by a single person simply getting their morning coffee in a non-reusable cup is 23 pounds annually. Sometimes it’s not only small acts, but small acts on the smallest contributor to global waste that can have a major impact, such as the recent trend to eliminate plastic drinking straws.

"Especially now with the straws and such things, a lot of people, once they find out what it’s doing, realize, ‘Wow, all that for a little convenience.’ So most of the time, I think people didn’t realize that it built up like this. Now, they’re willing to change their behavior because they see it,” she says.

Logan’s article not only applauds ONU and Sodexo’s sustainability efforts, but also validates the program’s success as something to make an impact beyond just ONU’s campus.

“I’ve already been contacted by Ohio Northern students who’ve been anxious to learn more about this program because they have friends and peers who are students at other universities that are also associated with Sodexo and would like to see this program implemented at their school,” says Ristau. “It’s been a great networking opportunity, both external, through friends of students, and also internal, as I reach out to my peers and colleagues to talk about our success and suggest the demand that’s there.”