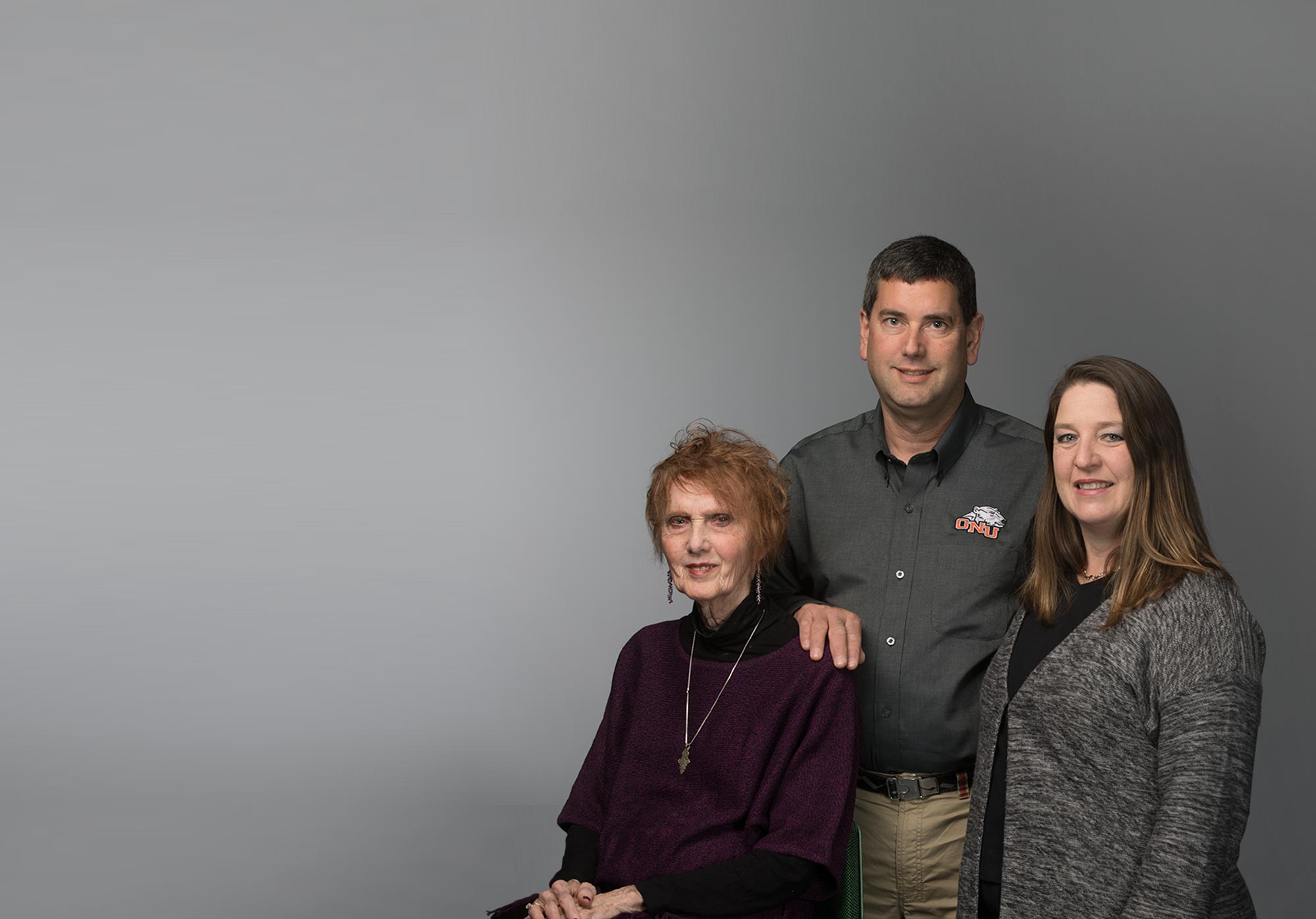 An ONU family shares its passions with others through a lead gift to the College of Engineering.

A passion for engineering and a love for Ohio Northern University have been passed down through the generations of the Yammine family of Findlay, Ohio.

Rooted in the engineering profession, the Yammine family is strengthening the future of ONU through a lead gift from the estate of family patriarch Riad N. Yammine to the “Campaign for Engineering: Building Impact at ONU,” the University’s marquee initiative to construct a state-of-the-art engineering building. The family’s gift, which will result in the facility’s new controls lab bearing the Yammine name, is a testament to their shared values and their desire to help new generations of rising professionals excel in engineering.

Riad Yammine began his career as a petroleum engineer in 1961 with the Ohio Oil Company, now known as Marathon Petroleum Co. A gifted engineer and manager, he rose quickly, eventually serving in executive positions at Marathon Pipeline Co. and Emro Marketing (now Speedway LLC), among other organizations. He and his wife, Beverly, raised their children to understand the value of hard work and to have an appreciation for the transformative power of the field of engineering. Daughter Cynthia Rotman became an electrical engineer, and son Michael R. Yammine, BSEE ’89, studied engineering at ONU and now works in the industrial controls industry. Daughter Kathleen Gross chose the nursing profession but appreciates the impact that engineering has had on her family.

The Yammines are also increasingly a family of Polar Bears. In addition to Michael, the next generation of Yammines is finding a home at ONU. Michael and his wife, Laurie, have a son, Travis, who graduated from the Dicke College of Business Administration last year. The couple’s other son, Brandon, is a junior engineering major.

Although not an ONU alumnus himself, Riad always valued the strong relationship between Marathon Petroleum and Ohio Northern, and ONU remains important to the family, as evidenced by their continued engagement with the University. Before his passing in 2015, Riad and Beverly were able to tour the campus and learn more about the new building project. Michael stays actively involved with ONU, coming back regularly to judge students’ senior capstone projects, and has recruited ONU graduates to join his firm in Findlay.

In addition to providing a new home for the College of Engineering, the building will allow for advanced technology to be utilized inside and outside of the classroom, thereby maximizing students’ high-impact learning and revolutionizing the way learning occurs. This effort to modernize the engineering college really struck a chord with the Yammine family.

"You really need to have the technology to facilitate both the teaching and the learning side,” Michael says. “The new engineering building will provide teachers and students with new ways to instruct and to learn. It will also help Ohio Northern stay competitive with other universities.

A team player, Riad always placed a high value on collaboration, something his progeny has also come to value. In fact, the emphasis on collaborative learning was a central motivator in the family’s contribution to the new building campaign.

“Dad was really big on people working together and doing great things,” Michael says. “The new building is going to provide for all those different disciplines within engineering to work together more easily.”

The Campaign for Engineering has garnered immense support, with more than $12.3 million of its $15 million funding goal raised to date. The fact that the University has invested so greatly in the College of Engineering speaks volumes to its alumni, emphasizing that it remains a top priority. Alumni carry with them a certain pride that they began their higher education pursuits here, and they want others to take that same pride in their education at ONU.

That pride is certainly justified, Michael says, given the college’s 97 percent placement rate and impressive track record of success, due at least in part to bolstering support through alumni connections.

"There is so much alumni involvement at ONU,” he says. “It’s amazing to see how many alumni have come back to contribute in some way or have brought kids back to the University to come to school here.