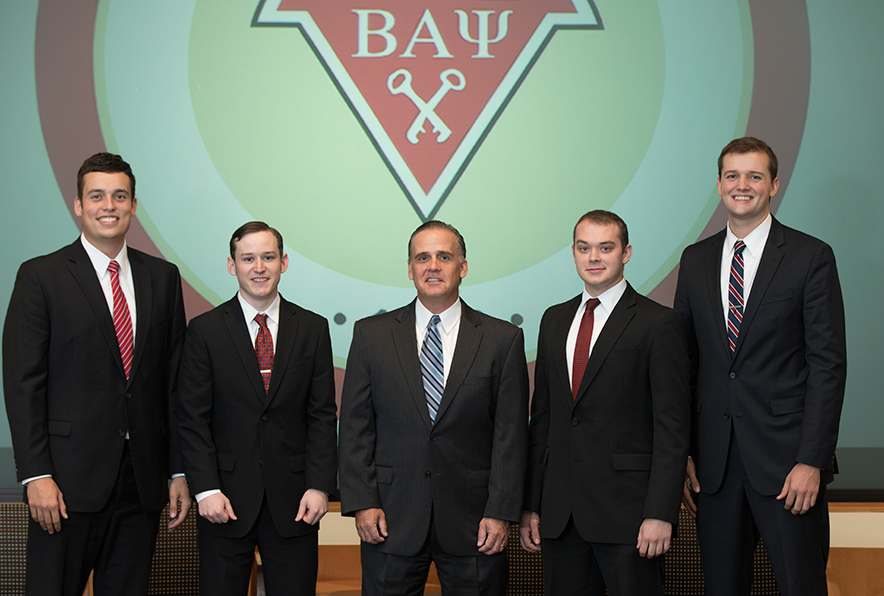 Powers joined GBQ in 2009. Prior to joining the firm, he was at Ernst & Young LLP for 21 years, serving as an assurance and business advisory services partner for seven years in the Columbus office.

“Tom is a wonderful example of the many individuals who have used their ONU-instilled principles and talents to succeed in their business endeavors,” said Matthew Phillips, associate professor of accounting in the College of Business Administration and advisor to Beta Alpha Psi.

A.J. Hatem, director of ONU’s MSA program, was also inducted as an honorary member, along with 15 new student members. Also, 12 student pledges were recognized during the recent ceremony.

Following is a list of those who were inducted as a new member or recognized as a pledge to Beta Alpha Psi at the ceremony.

The following were unable to attend the ceremony will be inducted at a separate ceremony: