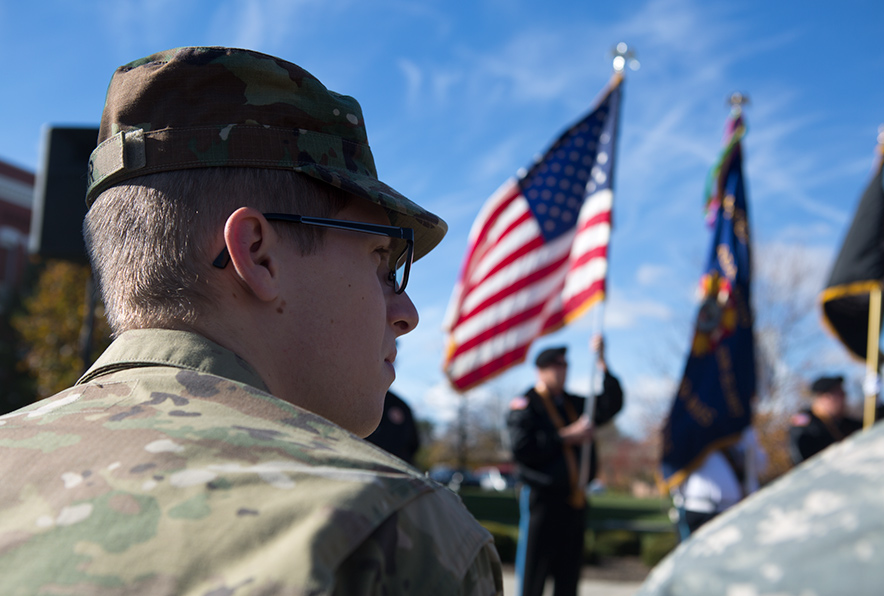 Keith E. Harman will deliver remarks during a Veterans Day wreath-laying ceremony at 11 a.m. on Nov. 12 at the Henry Solomon Lehr Statue at the front of the Ohio Northern University campus. In case of inclement weather, the event will be held in Presser Hall.

Harman is immediate past commander-in-chief of the Veterans of Foreign Wars. In this position, he represented the interests of veterans nationwide. Harman served in the Army from 1967 to 1969 as a gunner on Huey helicopters in the Vietnam War. He earned the Air Medal, Vietnam Service Medal with two Bronze Stars, Republic of Vietnam Gallantry Cross with Palm Unit Citations, and the Aircraft Crewmember Badge.

Harman is a life member of VFW Post 3035 in Delphos, Ohio, and has served in variety of post, district, department and national VFW roles.

The Veterans Day event will also include an invocation by the Rev. David MacDonald, ONU chaplain; the University Singers performing the National Anthem; greetings and laying of memorial wreaths by ONU President Daniel DiBiasio and Ada Mayor David Retterer; a moment of silence; and the playing of taps.

This year marks the 100th anniversary of the Armistice agreement that ended World War I.