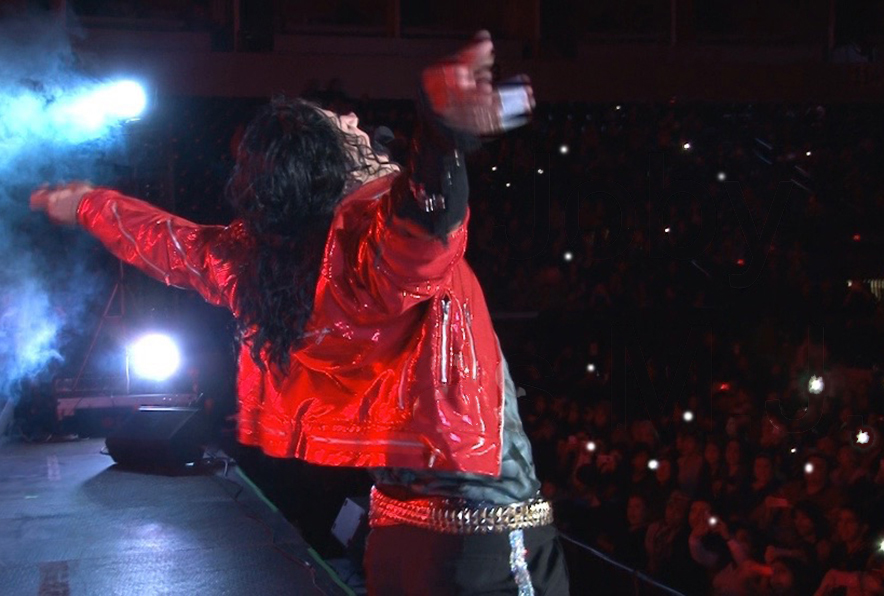 As the mirror image of Michael Jackson, “The Ultimate Michael Experience” is both entertaining and electrifying. This full-stage production is a tribute to the music and dancing of the world-famous star. Choreographed by Joby Rogers, who portrays Jackson, this exhilarating production utilizes the talents of eight dancers who envelop the audience in a wave of visual excitement not seen since Jackson’s final concert. Rogers’ stunning resemblance to Jackson, combined with the intricate dance moves of the genius himself, presents an exhilarating performance that preserves the legacy and spirit of this entertainment Icon. Be prepared for an evening to remember. Everything from the signature moonwalk and unbelievable dance moves to incredibly talented backup dancers and customized wardrobe is recreated on stage. After many years of intensely perfecting the dancing and mannerisms of “The King of Pop,” no one can parallel the uniqueness of his look and style more precisely than Rogers, who was personally selected as the “Official Substitute” by Jackson in a signed statement. Rogers is the only Jackson impersonator to ever appear on the cover of Rolling Stone magazine. “The Ultimate Michael Experience” has performed to sellout audiences all over the world. Rogers also has appearing on national television, including Conan and Jimmy Kimmel Live! Rogers does not imitate Jackson; when he takes the stage, he becomes him.