Join us for an evening of extraordinary music composed by the legendary Stephen Schwartz. From his award-winning "Defying Gravity: musical number from Wicked to other Broadway greats, you'll enjoy this evening of some of Broadway's greatest hits!

For general questions and membership information, the Freed Center Box Office will open Aug. 18 from noon to 5p.m. Monday - Friday. 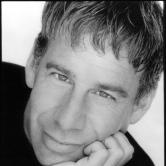 Stephen Schwartz was born in New York City on March 6, 1948. He studied piano and composition at the Juilliard School of Music while in high school and graduated from Carnegie Mellon University in 1968 with a B.F.A. in Drama. Upon coming back to live in New York City, he went to work as a producer for RCA Records, but shortly thereafter began to work in the Broadway theatre. His first major credit was the title song for the play BUTTERFLIES ARE FREE; the song was eventually used in the movie version, as well.

Under the auspices of the ASCAP Foundation, he runs musical theatre workshops in New York and Los Angeles and serves on the ASCAP board; he is also currently President of the Dramatists’ Guild.

CHILDREN OF EDEN, music and lyrics, 1991

THE HUNCHBACK OF NOTRE DAME, lyrics, 1996

SEANCE ON A WET AFTERNOON music and libretto,  2009