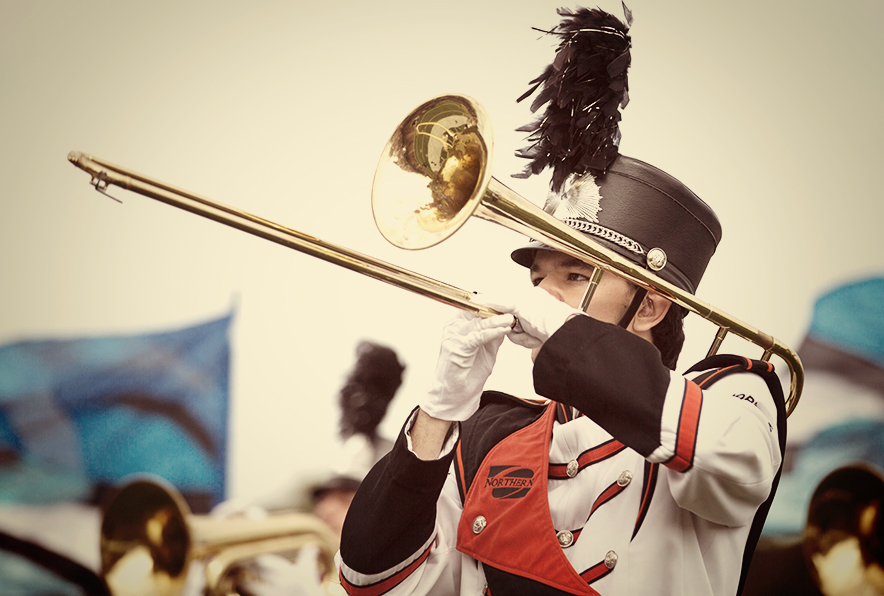 The marching musicians in “orange and black” are back! The “Star of Northwest Ohio” will present highlights from its 2017 program.

The Ohio Northern University Marching Band was organized in 1890 through the Military Department at ONU. The band played for military events and other university functions but was not active with athletic events until the early 1900s when the athletic department was developed. Today, the band is part of the Department of Music and is very active on and off campus in a variety of performances. The band uses a modified corps-style of marching, along with color guard, twirlers, and off-the-field percussion battery and three field commanders. The band performs at all ONU home football games, one away game per season, and several local parades. In addition, the band has been featured at numerous high school marching band festivals and competitions throughout Ohio. Membership in "The Star of Northwest Ohio" is open to all Ohio Northern students. The ONU Marching Band has performed for audiences all over the world. In recent years, the band has performed in Beijing, Shanghai, Rome, Sorrento, Hawaii, Paris, London, Montreal, Toronto, and Los Angeles, California. The ONU Marching Band is directed by Dr. Charles Bates.