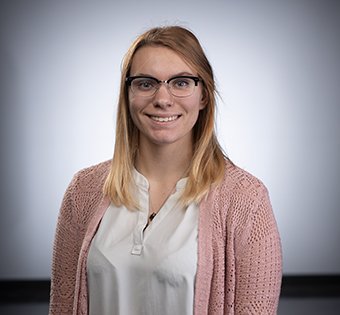 Cassie Krencisz’s love of politics started at a young age. “Becoming a political science major at ONU was one of the best things I could have ever done,” she says. “The people and friends that I have met, and the experiences that I have had, only further established my love of politics and affirmed that I picked the right major.”

As a member of ONU’s political science honorary, Pi Sigma Alpha, Cassie was part of the first group of students to work on the Northern Poll. She worked closely with ICAPP director and political science professor Dr. Robert Alexander, BA '94, to implement the poll. “I enjoyed every aspect of the poll, from researching types of questions to actually asking the questions. I also really enjoyed getting to see how all these people think and feel about politics.”

Cassie also had the opportunity to work on voter registration drives at ONU; write an op-ed for Cleveland's The Plain Dealer; present her senior thesis to the International Gender and Sexuality Studies conference in Edmond, Okla.; attend a Democratic Presidential debate; and participate in Model UN, even serving on the staff for the Model UN conference in Chicago. At the Democratic debate, she realized her time at ONU had paid off. “Being able to hang with professionals in the field has shown that the education I received has prepared me for the real world.”

Cassie plans to attend graduate school and hopes to work on women’s health care legislation or gender representation in Congress.